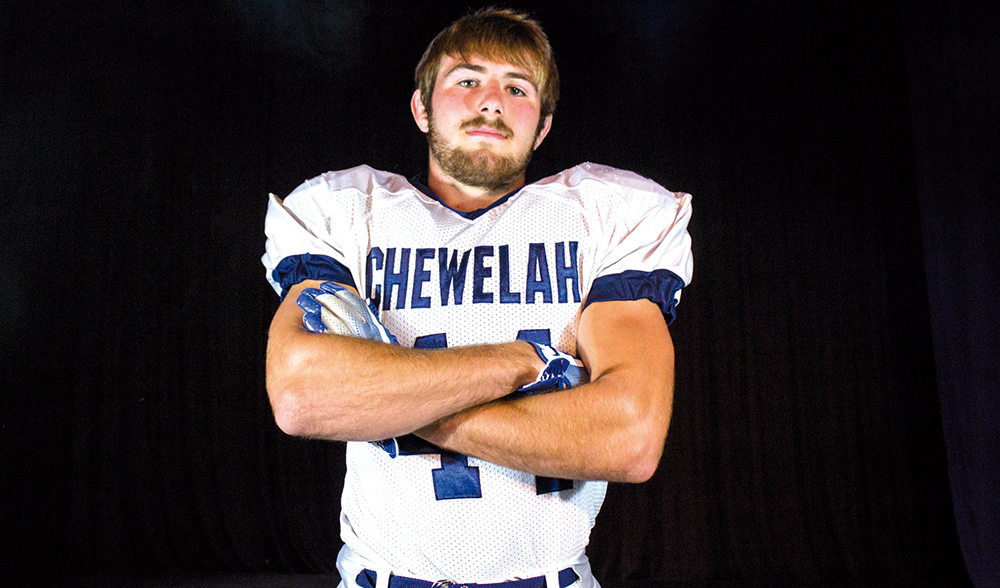 Kaden Krouse learned he was an All-State linebacker after the wrestling season had begun. (File photo)

It’s hard to miss Kaden Krouse. The mustached junior is Chewelah’s two-time state champion and tends to turn heads when its his turn to wrestle.

Krouse has captured state wrestling titles as a freshman and sophomore and is currently ranked No. 1 at 182 pounds for the B classification. This after coming off a football season where the Cougars reached the State 2B quarterfinals for the second straight time and Krouse was a big part of that as a linebacker and feature running back. He was also named to the All-State team on defense.

“I didn’t get a break at all between wrestling and football it just started right after football ended,” Krouse said. “I found out I was All-state when my coach Mr. Gump told me during one of my weights classes.”

Krouse was named an All-State Honorable Mention at linebacker after again leading the team with a Lawrence Taylor number of tackles and is the current Chewelah record holder for tackles in a season. His running style is unique as he can both be a speedy threat but isn’t afraid to power ahead for tough yardage.

“Defense is my favorite part about football because I get to fly around and hit people as hard as I can without getting in trouble,” Krouse said. “Being middle linebacker really helps me get to the ball no matter where they run or pass. I can get there and help make the tackle.”

Krouse’s older sister Kaitlin, was a state champion in track for the Cougars, while his older brother Conner placed several times at state as a wrestler and was a dominant defensive lineman for the Cougars. While the youngest of the bunch, he’s followed in their footsteps being a standout by wrestling in the offseason and showing up to football in a big way for the Cougars.

The transition can be tough though, as a trip to the postseason means football cuts into wrestling practice time. 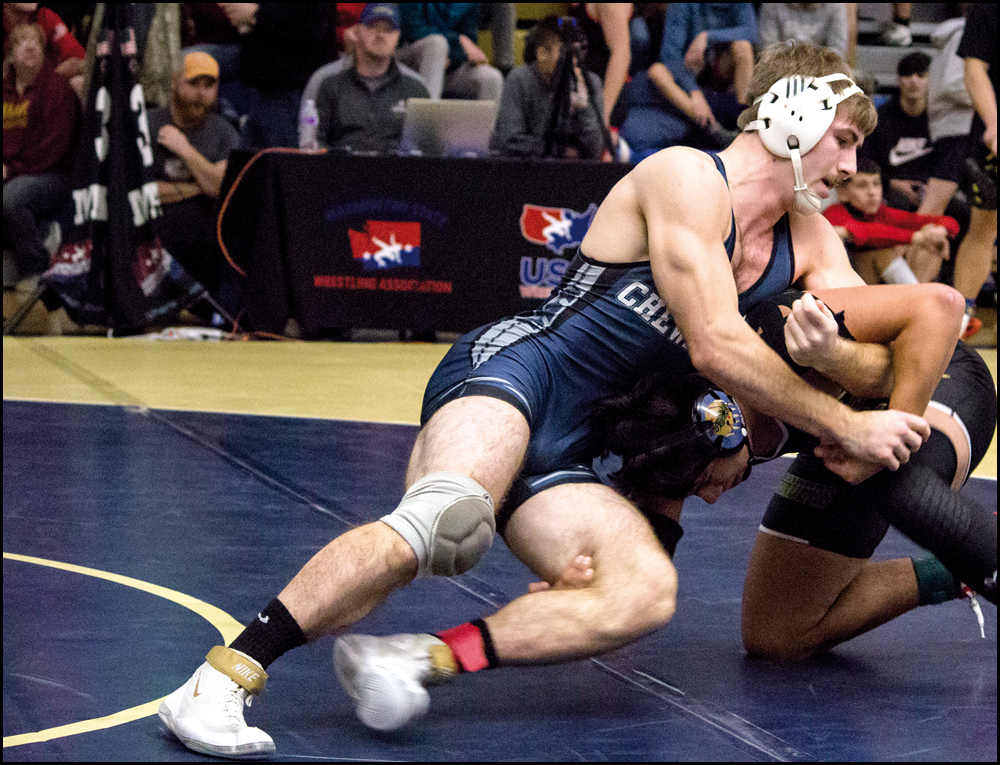 “The transition was kinda the same as last year,” Krouse said. “Jumping into wrestling two weeks later is tough just because you aren’t as condition as others are and have to catch up. The last two years of football have been an amazing experience being able to make it to the quarterfinals is super exciting and is helping the younger kids know what it’s like to be there and compete at the higher levels in state football.”

Chewelah, since dropping down to 2B, has won two NE 2B North titles and made to trips to the state playoffs. After years of small turnouts for football in the 1A ranks, Chewelah football program looks to be getting bigger in turnout numbers and prestige in the state.

Cougar fans will get to see Krouse another year. While his accomplishments are something most seniors would dream of, he’s just a junior and has another year in the blue and white uniforms for Chewelah. With the Mat Classic in late February, there is still plenty of stories to be written about this Cougar standout.

“I feel great going into my senior year, we still have a ton of talent coming back next year and the freshman class this year is really gonna tear it up with us next year,” Krouse said. “I’m super excited to see how much we can grow and how far we can make it. I’m gonna miss the bond I had with the seniors last year but I know the bond will be the same with the lower class men.”