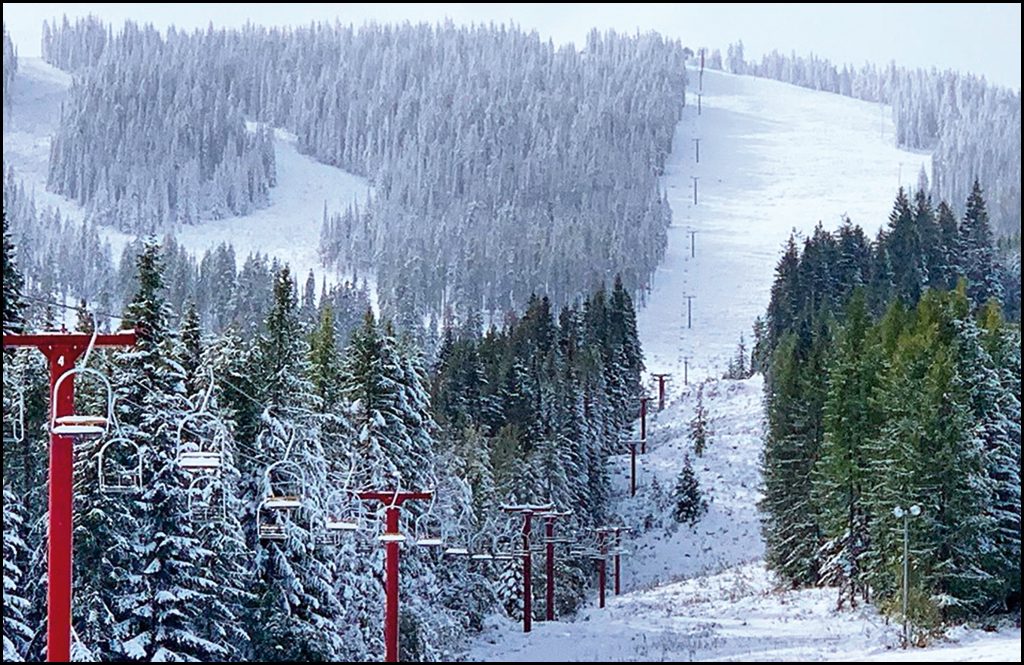 KREM 2 meteorologist Tom Sherry stood in front of a loud crowd of Springdale and Northport football fans on Friday night as the rain begin to pour on the field and northern Stevens County.
“I predicted this!” Tom exclaimed as a joke. But he was right, as various weather services warned of an impending snow storm for mountain areas with white stuff possibly finding its way down into valley areas.

And that is exactly what happened. Spokane set records for both daily and monthly snow totals. It was also the first measurable snow in September for the Lilac City since 1926. The Spokesman-Review reported wind chill dropped the temperature at the Spokane International Airport to 21 degrees at 1 a.m. on Sunday morning.

Starting on Friday and going through the weekend, the skies sputtered, rained, snowed and there was even some cutting wind as well.

In the Colville area, where as much as 17 inches of snow fell, 700 homes were left without power overnight. In North Idaho, 100 people lost power, and Verizon voice and data services went down in Stevens County as well.

In all it was a storm, a big storm, and one that was earlier than anyone prepared for. Stevens County 911 manager Rick Anderson told the Spokesman-Review most areas about 2,500 feet in Stevens County received snow.

KIRO reported that more than four inches of snow fell on Sherman Pass located by Kettle Falls and, that on Saturday, WSDOT was trying to keep up with the heavy load.

Further east in Montana, the snow storm produced Great Falls’ second-highest two-day snow total on record. Great Falls’ got a preliminary reading of 9.7 inches which broke the 1954 record of 3.6 inches.

Montana’s governor, Steve Bullock, declared a snow emergency as up to four feet of snow dropped on the Big Sky State.

While people may not like this, an early fall storm means that winter is on the way. In preparation for winter, people should get firewood ready for wood stoves, clean gutters around the house, make sure water doesn’t melt and pool near their house, seal up masonry in fire places and seal up windows and other spaces around the house that could let in cold air which could cause a higher heating bill.

It might be also worth getting a good chimney sweep to make sure the airway for your stove is clear. Along with this, get your furnace, stove or boiler inspected by a professional to ensure it lasts the winter without any disasters. Inspecting your roof isn’t a bad idea either. Turn off any facets outside, and make sure your hoses are empty and stowed away.

To get your vehicle ready for winter, get the oil changed and a basic tune-up so its running for the winter. Check your tire pressure, washer fluid and windshield wipers, while also making sure your defroster and heat is working properly.

Check forecasts before traveling large distances so you’re not caught in bad weather while in a hurry. And perhaps the most important tip of them all – get that Christmas gift list together; it’s only a matter of time before St. Nick is here and it’s best to be prepared.