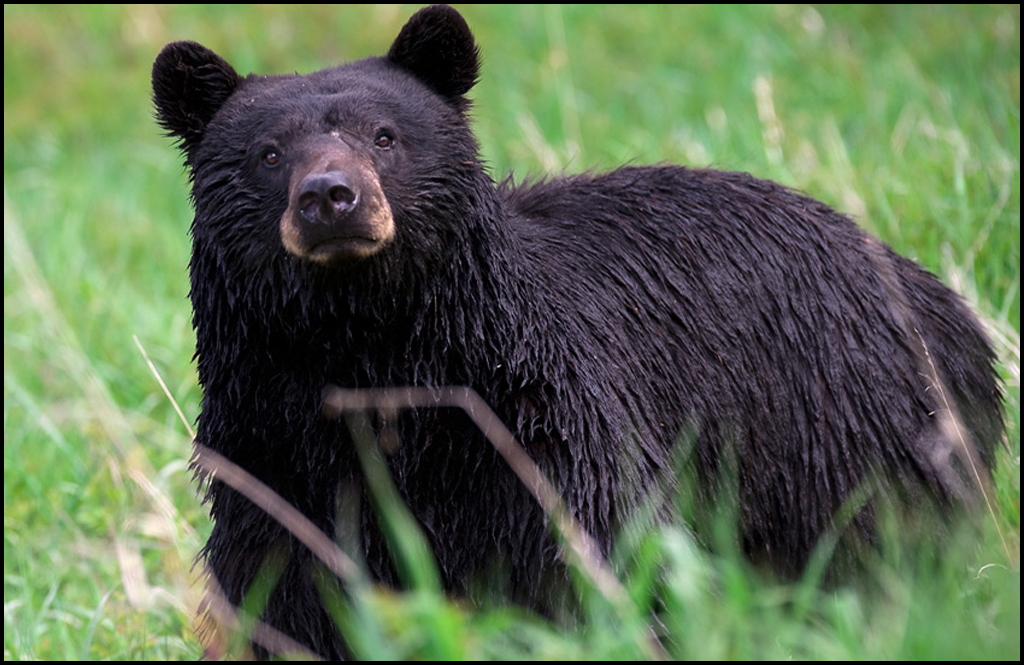 Wildlife is no stranger to Eastern Washington but it may come as a shock to some people just how numerous some of our animals are.

The black bear, for example, has a population between 339,000 and 465,000 in the United States and this excludes black bears in Alaska, Idaho, South Dakota, Texas and Wyoming (their populations aren’t tracked). So if you see a black bear, don’t consider yourself lucky as this medium-sized bear is the continent’s smallest and most widely distributed bear. They are the McDonald’s or Subway of bear species.

Eastern Washington, which also has a subspecies of the black bear known as the cinnamon bear, has large forested areas which is prime territory for black bears.

The do, from time to time, leave those forested areas. Black bears can become attracted to human communities for the prospect of a free meal as Colville has experienced lately with some bears partaking in a buffet of Colville garbage cans.

Our neighbors to the north, Canada, also has a large black bear population as the forested wilds of Canada do provide for great habitat.

While seen as the small guy compared to say, a Grizzly bear, black bears can still get quite big. Black bears in the Northwest can be bigger than their east coast brethren and typically weight between 126 to 551 pounds for males and 90 to 375 pounds for females.

As said before, Eastern Washington is home to the unique cinnamon bear and you’re more likely to see one of those around here. In inland Washington about 21 percent of the bears are black and 79 percent are brown or blonde. The average lifespan in the wild is 18 years.

An adult black bear typically avoids humans, but people need to realize that the animal is quite capable of killing a human. They’re more scavengers and people in the Stevens County area should be aware that if a bear becomes comfortable checking out your place for trash, they’ll probably keep coming around.