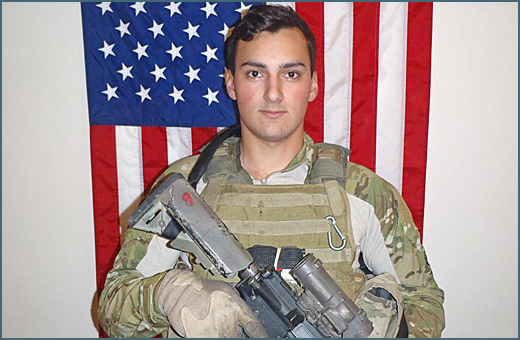 A 25-year-old Leavenworth man was killed during combat operations in Afghanistan on Saturday, according to an announcement by the US Department of Defense.

Sgt. Leandro A.S. Jasso of Leavenworth died on Nov. 24 as a result of wounds sustained during engagement with enemy forces in the Khash Rod District, Nimrus Province of Afghanistan.

The incident is under investigation.

Jasso was assigned to the 2nd Battalion 75th Ranger Regiment of Joint Base Lewis-McCord near Tacoma.

Jasso was on his third deployment in Afghanistan and enlisted in the U.S. Army in 2012.

Currently there are 14,000 U.S. troops in Afghanistan and while their official combat mission ended in 2014, they still guide and aid Afghan forces, which are battling the Taliban.

“Our hearts go out to the family and friends of Sgt. Leandro A.S. Jasso,” Inslee said. “He gave his life in service to our country and we are profoundly grateful for his service and sacrifice.”

In a separate incident on the same day Jasso was killed, two Afghan soldiers were killed and two more injured in a helicopter crash in the Kandahar Province.