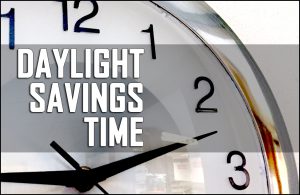 The bill would put Washington on Pacific Daylight Time year-round, pending approval of Congress. Senators Liz Lovelette, D-Anacortes, and Tim Sheldon, D- Potlatch, voted in opposition.
House Bill 1196 was introduced by Rep. Marcus Riccelli, D-Spokane, and has gained traction over the course of the session, passing the House on March 9 in an 89-7 vote. The version that passed the Senate clarifies that Washington would simply not change the clocks in November after approval is given by Congress.

Sen. Sam Hunt, D- Olympia, cited California and Oregon, who are pursuing the move to year-round daylight saving time and said leaders in British Columbia are supportive of considering a similar change there. Hunt hopes to avoid “gyrating time zones” with this move.

Sen. Jim Honeyford, R-Sunnyside, has proposed forms of this legislation over the last three years and supported the bill as a whole. Sen. Mark Mullet, D-Issaquah, put forward an amendment to send this measure to a vote of the people. The amendment failed mainly due to the costs that are associated with sending a referendum out for a vote. The Senate version will head back to the House for approval before going to Gov. Jay Inslee to be signed in to law.