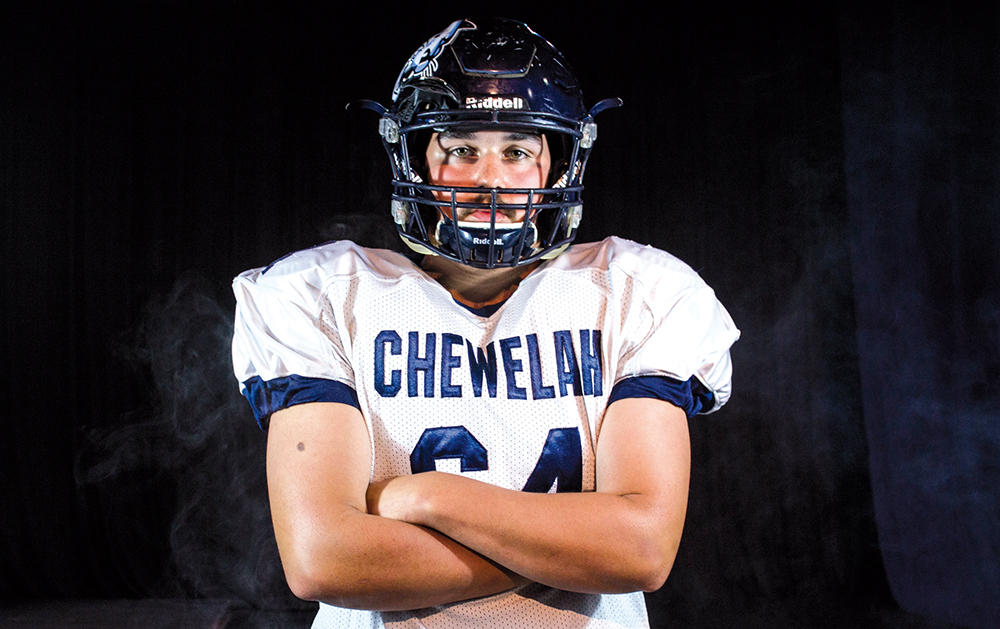 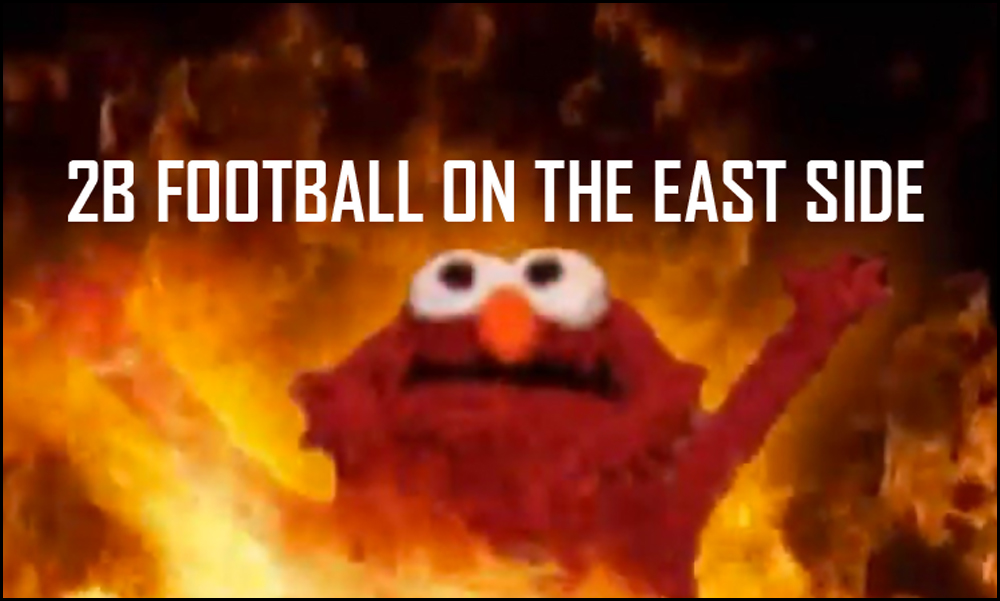 It has been a crazy few weeks in Washington High School Football. There are a lot of things up in the air for this crossover round and while it usually feels like this week it the one with the most pre-determined results because you have league champs playing the No. 4 team in another league, we honestly have no idea what is going to happen. Here are some things we learned from last Friday’s football mayhem.

1. We have no idea what is going on with east side 2B football

Just throw your arms up on this one and let everything burn. On the west side, Onalaska, Napavine and Kalama are the clear No. 1, 2, and 3 teams in the state but after that, it’s muddier than what the fields will look like in crossover play this weekend.

(This also is kind of untrue because some football heads are saying Onalaska only beat Napavine earlier this year because conditions were muddy and favored a run-only team.)

In the east side hellscape for AP voters and seeding committees, you have No. 4 Tri-Cities Prep with QB Dante Mairui who is an absolute stud and I love everything about his 2,565 yard passing stat line that includes 26 passing touchdowns. He’s averaging 285 passing yards per game.

Also any 2B team that also puts a 3A team on their schedule and beats them also has my respect.

But as good as Tri-Cities Prep is, they lost to Columbia-Burbank 34-28. The Coyotes are ranked below them at No. 9 in the state at 8-1. You may have remembered the Coyotes from Chewelah’s state playoff game last year, and well, they’re back, older, more experienced and even faster. Their lone loss of the season was after a four-hour bus trip to Tonasket.

No. 5 Asotin barely eeked out a 14-13 win over 2-7 Lind-Ritzville/Sprague/Washtucna/Kahlotus, so who knows what happens there. Also when does Lind-Ritzville just combine with every school on the east side and just become a 4A school?

Chewelah is unranked despite winning games against ranked opponents. They have only lost one 2B game this year and it is still difficult to slate them as a this or that seed. Colville coach Randy Cornwell asked me how I thought Chewelah was going to get seeded and I proceeded to ramble for four minutes about the offense, defense, how good Lethal Weapon movies are and the Canadian exchange rate.

Basically nobody knows how this week is going to shake down. The crossover round this Friday will see Chewelah hosting Reardan, a 5-4 team that has been ranked in the state and lost to the Cougars 14-6 on Sept. 27.

So I don’t know what this is going to look like when the 2B seeding committee has to put these teams in a bracket. They might as well just throw darts at the east side teams.

2. Chewelah’s kicker is better than the Seahawks kicker

The Seahawks kicker Jason Myers missed an extra point and two field goals, including the game-winner in a 40-34 win over the Tampa Bay Buccaneers. It makes Chewelah fans feel blessed that they have a front-toed extra point kicker that is usually on point. Sam Triplett has been doing this gig for two years along with being the team’s center. Talk about versatile.

Chewelah has been in several close battles, their upset of No. 5-ranked Lake Roosevelt being on of them, where the extra points made all the difference in the world. 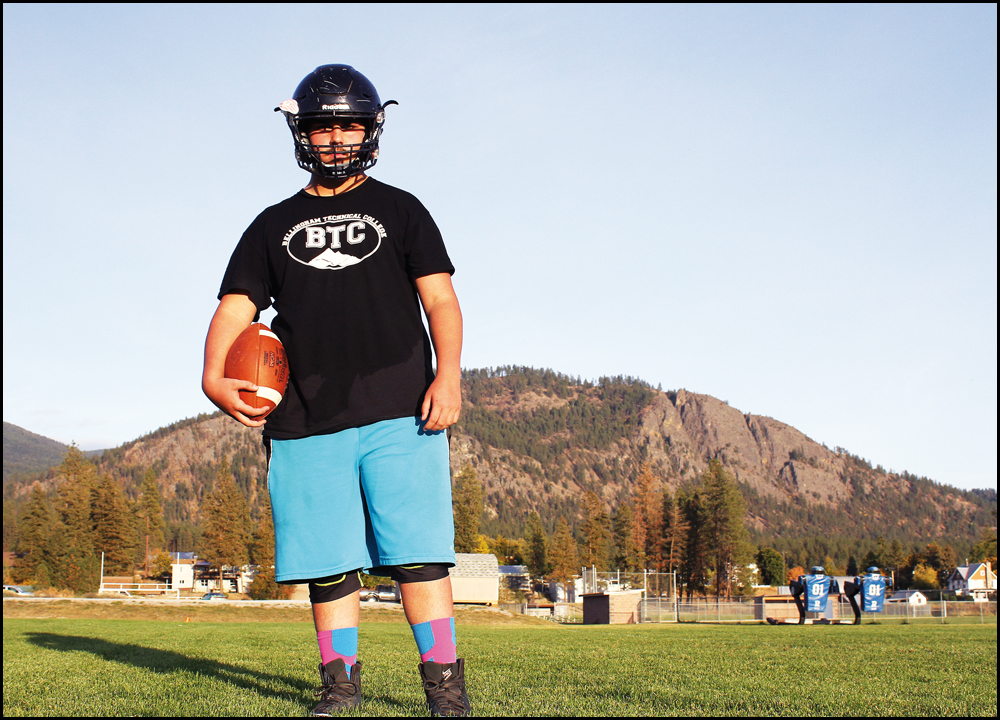 When you can’t kick extra points on a regular basis, you have to go for two, which has a lower conversion rate. Those one and two points add up and it’s just somewhat comforting that Chewelah is usually scoring seven every time they make a trip to the endzone instead of six.

(Also QB Jake Jeanneret does a great job with kickoffs, and Nick Shierloh needs to be scouted for his punting. He’s one of the best high school punters I have seen.)

This is the weird thing about Colville. Due to two losses by one point, the Indians are probably going to have to travel for the postseason and some poor highly ranked team is going to have to play a high-seeded Indian team that is probably more like one of the top five teams in the state.

Colville lost to 2A Cheney by a point and then NEA League champ Deer Park by a point. That somehow drops them to No. 10 in the state. The seeding committee for the 1As is going to be giving some poor league champ a very hard first-round matchup.

I know that Royal is like the best 1A team in the universe right now and the top four teams in the 1As are absolutely destroying anyone they’re playing (There are seven undefeated 1A teams in the top 10 AP poll), but can you really sleep on Colville.

Grant Michaeliszyn is perhaps the school’s greatest running back in history, they have two guys chasing the school’s sack record, Sam Anderson is a crazy talented QB that can throw and run with the football. Paul Skirko couldn’t be tackled even if the opposing team had a Sherman tank

They get a bye week, but I’m already mixing the Colville Kool Aid for this postseason.

4. Can we stop talking about blowouts?

This is actually driving me nuts. In high school football, there are going to be some blowouts. But for some reason this year, there has been a lot of chatter in the 1B ranks and some of the 2B ranks about how awful blowouts are and how coaches should be ashamed of themselves. This is a complex issue and a lot of people comment on the scores without watching the games.

But one thing I’ve noticed in watching high school football for an extended period of time is that the gulf of competitiveness is growing. You have the haves and have nots in athletics and some scores are getting more lopsided. I remember when I was going to JHS and 21-7 fell like a team got beaten into the ground. Now? That is a close, competitive game.

Many teams are having depth issues as fewer kids are turning out for football, so again we’re trotting out freshman against seniors and the results are usually ugly.

But for the good teams? What are they supposed to do? I would say that for two quarters it should be full bore no matter what. What is the point of having the game if you can’t leave your varsity in for two quarters. Someone in a weak division is going to have some gassed varsity starters if they can play two quarters each weak.

And what constitutes as a blowout in 8 man. No. 1 Odessa beat No. 2 ACH by 80 points a few weeks ago. Were they supposed to let up in a defacto state championship preview game? In 8-man your weaknesses are much more exposes and anytime somebody gets a little space its off to the races.

Another wrinkle, if you put your subs in and the other team leaves in their varsity, guess whose young players are getting beat up. Now that we have seeding committees that look at each team like its the NCAA Tournament, you can’t afford to give up garbage touchdowns because it might knock you further down in the seeding list and in an unfavorable matchup.

But what are teams supposed to do in this case? You can run it up the middle but guess what if the other team is lacking in quality, even putting your backups in against a shorthanded team is going to mean more scores. 1Bs has a turnout issue where one school will have 20 kids and the other school will have 12 and maybe six of them are freshmen. The fresh backups, while younger can continue to make a lopsided score even worse because the weak teams starters are gassed.

There is no good solutions but we need to hold back the dogs a little bit on the blowout outrage . 11-man and 8-man scores are different because they are different brands of football. For the most part I see coaches understanding that after the game is in hand you can let off the gas. I think maybe Washington should look into a six-man format for the 1B teams that have super low turnouts but guess what? 6-man games have even higher rates of blowouts.