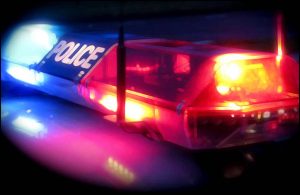 LOCAL NEWS
Kettle Falls Police Chief has 29 guns stolen from house
Last spring, the Kettle Falls police chief waited a week to tell another law enforcement agency that someone had stolen 29 guns from a safe in his house. Chief Chris Courchene tried to investigate the crime himself, later telling Stevens County sheriff’s detectives he had twice sent his girlfriend to meet a mysterious suspect and paid $1,250 in hopes of retrieving the weapons. Courchene managed to get one gun back. The other 28 – including numerous pistols, a 12-gauge shotgun and at least two AR-15-style rifles – are still missing. Click here for the full story.

WORLD NEWS
China’s 2018 trade surplus with US hits record high $323B
China’s politically sensitive trade surplus with the United States surged to a record $323.3 billion in 2018 as a tariff battle with Washington intensified. Chinese customs data released Monday showed December exports to the U.S. contracted 3.5 percent compared with a year earlier, however, as President Donald Trump’s punitive tariffs hit in a fight over Chinese technology ambitions. Click here for the full story.

China’s exports shrink most in 2 years, raising risks for global economy
China’s exports unexpectedly fell the most in two years in December and imports also contracted, pointing to further weakness in the world’s second-largest economy in 2019 and deteriorating global demand. Exports in December unexpectedly fell 4.4 percent from a year earlier, with demand in most of its major markets weakening. Imports also saw a shock drop, falling 7.6 percent in their biggest decline since July 2016. Click here for full story.

NATIONAL NEWS
Winter storm blasts eastern US
A winter storm that contributed to at least five deaths in the Midwest pummeled the mid-Atlantic region for a second day Sunday, bringing with it an icy mix that knocked out power, cancelled flights and contributed to hundreds of car accidents. Click here for full story.

Spokane-area senators lead both parties as new session starts
Spokane and the rest of Eastern Washington finds itself in an enviably strong position as legislators return to the capital Monday for the 2019 session. The top person in the Senate, Majority Leader Andy Billig, represents the Spokane city core. The top Republican in the Senate, Minority Leader Mark Schoesler, represents a district that includes the southern third of Spokane County and stretches across the Palouse to Ritzville. Click here for the full story.