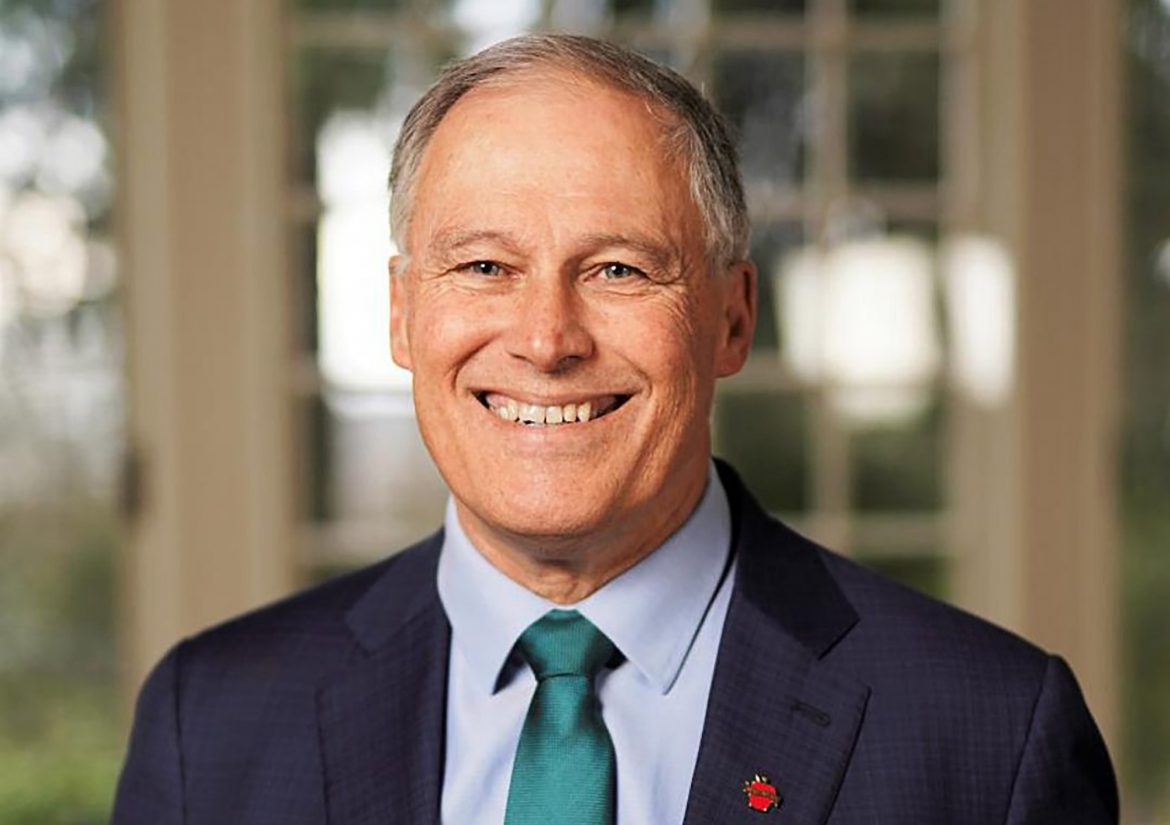 ‘A Long Ways to Go’: Governor talks efforts amid the one-year anniversary of first confirmed case of disease

In his latest press conference regarding Washington state’s ongoing efforts to fight COVID-19 Jan. 21, Gov. Jay Inslee noted it was the one-year anniversary of the first confirmed case of the disease announced in the state.

The governor remarked that Washington was hit by COVID-19 “the first and the hardest” of those in the U.S.

“However Washington responded based on science, based on a commitment to the preservation of lives, and we have had considerable success in that regard,” he said.

The press conference covered both the recently-started 2021 state legislative session, as well as an update on Washington’s work to vaccinate its population to the disease. Inslee said that Washington ranked 13th in the nation in terms of vaccinations administered, with more than 360,000 doses administered that have been reported.

Washington State Assistant Health Secretary for Prevention and Community Health Michele Roberts said that there were likely more than the amount of doses reported to the state as had been administered. Washington State Secretary of Health Umair Shah said the state had made “significant progress” in administering the 696,000 doses the state has received since Jan. 16, though he did not make a guarantee that the state would be able to administer all doses before the end of the week.

But vaccination efforts are growing, according to the governor. Inslee said the average daily vaccination doses in the state had exceeded 16,000 in the past week, adding in the past 25 hours there had been some 25,000 doses administered.

In terms of vaccination strategy, Inslee pointed to recent announcements on three new “lanes, if you might think of it, on the freeway of vaccine distribution.” The state has a goal of 45,000 doses of vaccines delivered daily in Washington, and has also established four mass-vaccination sites, as well as engaged the pharmacy industry as a distribution network.

Inslee said there were four mass vaccination sites planned, which he said were hoped to be opened up by the week following the press conference. He said the sites would be staffed “significantly” by the Washington National Guard, both in a logistical capacity and for actual vaccine administration.

Inslee added that business partnerships constituted a “fourth lane” of the state’s vaccination efforts. Inslee said the morning of the press conference he met with representatives of Costco, from whom he learned the business was bringing 20 vaccination sites online. He added that Safeway had administered 500 doses of the vaccine during its first day involved.

Inslee noted that Amazon announced opening up a pop-up clinic in Seattle Jan. 24, with a goal of 2,000 vaccinations in one event. Jay Carney, Amazon senior vice president of global corporate affairs and former director of communications for now-President Joe Biden, said his company had sent a letter to the newly-elected president pledging “any assistance (Amazon) could provide” toward meeting Biden’s goal of 100 million vaccinations in the first 100 days of his presidency, through information technology and logistics capabilities.

Specifically for Washington, Carney said Amazon would be committing one of its own executives to the state’s vaccine command center. He added the company was committing to vaccinating its own 20,000 essential workers in the state.

Amazon’s pop-up site would be put on in partnership with Virginia Mason Medical Center. The medical center’s chairman and CEO Gary Kaplan noted that both the Pfizer and Moderna COVID-19 vaccines required two doses. He said those attending the clinic would be scheduled for their second dose at the time they receive their first.

Kaplan added that no one taking part in the pop-up clinic would be charged for the vaccine, regardless of insurance status.

Vaccinations are administered through a phased-in approach in Washington state, with healthcare workers and those in long-term care facilities among the first to receive a dose. Roberts said there were about 2,400 long-term care facilities that had signed up with the national vaccination program administered through CVS and Walgreens, with about 139,000 doses set aside for the program.

Roberts said CVS and Walgreens have told the state that by Jan. 24 all of the 2,400 enrolled facilities will have had their first visits for administration. She said it was unclear how many of those doses had been administered, as the companies providing the program report directly to the federal government.

Inslee noted that the federal government had assumed control of distribution of vaccines to long-term care facilities through a contract with CVS and Walgreens. Shah said that the lack of simultaneous reporting to both federal and state agencies on vaccinations through the program has been “a real problem,” adding he hoped the problem would be alleviated under the new Biden administration.

Though Inslee noted the state has lost nearly 4,000 lives due to COVID-19, he pointed to the relative success the state has had in lowering COVID-19 activity as something to look at as the state enters a second year of handling the disease. He referenced a New York Times article earlier in the week that concluded if the rest of the nation took the measures Washington state did, the U.S. could have reduced total COVID-19 deaths by 220,000 nationwide.

“We need confidence in the next several months, which will be difficult months,” Inslee remarked. “Our recovery from the pandemic is progressing, but we have a long ways to go.”