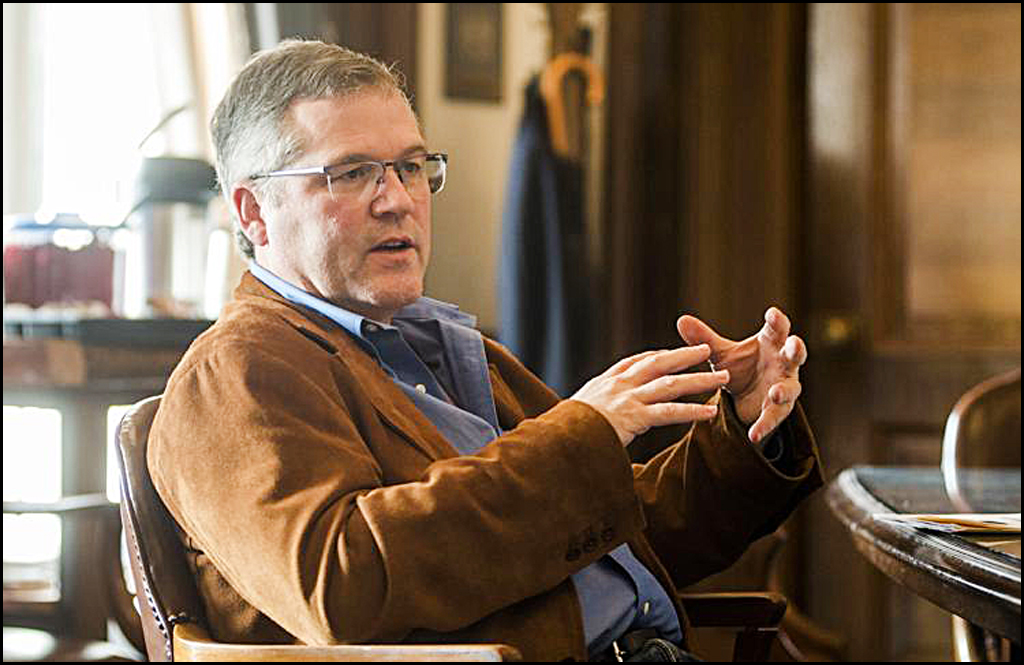 J.T. Wilcox talks during an interview inside his office at the State Capitol last January in Olympia. (Jared Wenzelburger / NVN)

Washington House Minority Leader J.T. Wilcox, R-Yelm, contracted COVID-19 and has been isolating himself after testing positive for the virus in the first week of August, according to a statement posted to his Facebook profile Tuesday.

“I never felt dangerously sick and might have doubted the test except for the 5 days of elevated temperature and a cough that made my ribs sore,” he wrote. “I never felt in danger although on a couple of occasions my sinuses swelled rapidly and I got a little short of breath. Being isolated at my house on the farm isn’t miserable.”

Wilcox wrote that he wanted to wait to share the news until his illness was resolved.

“During the first week of August I developed a cough that got a little worrisome,” he wrote. “I took it seriously when I started to get a temperature spike in the afternoons. I got tested and came up positive.”

Wilcox wrote that he doesn’t know where he caught the virus and that he hasn’t been spending much time away from his farm.

“I called the very small number of people that I might have exposed and I’m not aware that any of them have been infected,” he wrote. “I was keeping my distance anyway. I still felt guilty for exposing them, however.”

“His questions were not intrusive and I’m not aware of any follow-up,” he wrote. “I was an everyday contact to him. He told me in very broad terms what I should do and that was it. I’m done with the isolation period officially but I’m lying low for a few days just in case.”

Wilcox said he is sharing his experience so there’s “no question of hiding anything.”