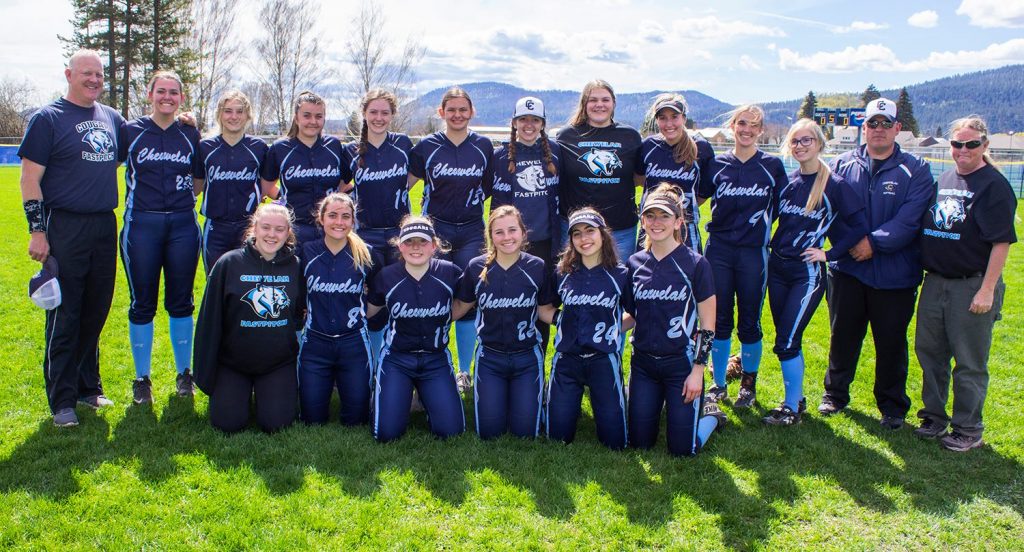 Chewelah softball continues to crush the ball in the 2Bs. (Brandon Hansen photo)

Carpenter, Koler and Sobosky quickly forming the “Bash Bros.” of 2B softball…

Leah Carpenter did a little bit of everything on Saturday against Wilbur Creston. From pitching a shutout to notching five hits and smacking three extra-base hits, the junior was a force for the Cougars who swept their NE 2B North doubleheader against the Lady Wildcats by scores of 17-6 and 10-0.

It was the fourth straight win for the Cougars, who improved to 8-2 on the year and 6-2 in league play.

Carpenter wasn’t the only standout, Madison Koler was her usual Bronx Bomber self, while Baylee Sobosky crushed the ball as well.

In the first game against Wilbur-Creston, Leah Carpenter and Madison Koler each went 4-for-4 as the Cougars bats produced 16 hits and 17 runs in a resounding victory over the Wildcats. It took a little while for Chewelah to wake up on a Saturday, and Wilbur took a 4-0 lead in the top of the first.

The Cougars, however, scored 17 straight runs before Wilbur notched two runs in the top of the fifth. Carpenter finished with a double and triple in the game while driving in a single run along with seven total bases and four runs. Koler drove in three runs, while Baylee Sobosky had three hits, including two doubles and drove in three runs.

The second game saw Leah Carpenter take the circle and pitch a shutout while also striking out six. She allowed just two hits, while hitting a double and driving in a run herself at the plate.

Madison Koler had another impressive game, going 2-for-2 with a triple and a home run for four RBI. Baylee Sobosky also bashed the ball around, getting three hits and driving in four runs, including the walkoff runs to end the game on a mercy rule.

Wilbur-Creston dropped to 0-10 on the year. Chewelah has a tough task ahead of them as they’ll face softball 1A power Lakeside on Tuesday.