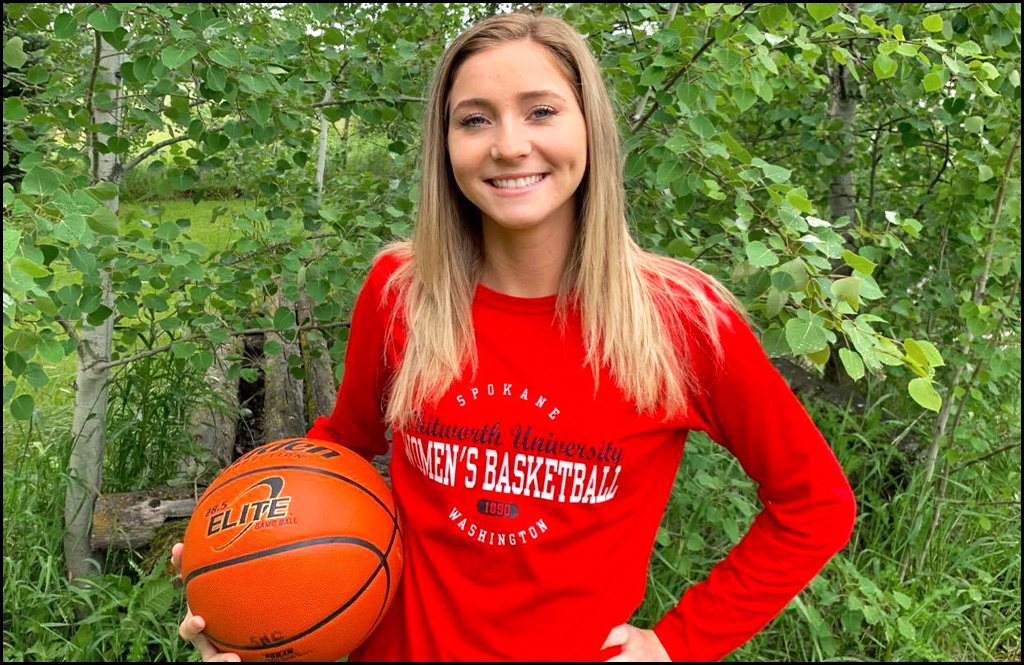 “At first I looked into schools around Portland and got in touch with George Fox, Pacific University and Corban University,” Fitzgerald said. “But I didn’t feel as at home after visiting there.Then later this last winter, I got in contact with Whitworth’s coaches and really started getting serious about going there around March. We talked a lot in March and April, and then I committed the first week of May.”

Whitworth is a private Presbyterian University that enrolls 3,000 students and has a 200-acre campus in Spokane. Fitzgerald had been to the campus several times, going to NBC camps for five years.

“Its teacher to student ratio was one thing I found comforting about Whitworth,” Fitzgerald said. “And, their array of majors they have, including Kinesiology which I had been looking for in a school.”

Fitzgerald liked how close the university was to home for supprt from her family and in case of emergencies. She also liked how much the surrounding community supported the team itself and the support within the team.

“I liked this because it sets a standard to push each other to achieve goals on and off the court,” Fitzgerald said. “The coaches were really nice and had great morals about hard work, dedication, an even playing field and being a general good person when you are apart of the team.”

The plan is to play a season this year unless the NCAA has to make changes because of COVID, but she expects to get into summer workouts and begin weightlifting five days a week while also shooting hoops outside to prepare for the season.

“I have a tough spot to fight for next year as a wing/guard with two returning guards who were awarded All-Northwest Conference honors,” Fitzgerald said. “But I’m up for the challenge to fight for playing time with the several guards we will have on the team.”

Fitzgerald said she feels really good about committing to the Division III school and that it will be nice closer to home because of COVID-19. She also said that will mean more local support at basketball games from Chewelah peeps.

“My experience at Chewelah was a good one,” Fitzgerald said. “It was good. Between volleyball and basketball, we had great groups of girls that were fun to play with and also pushed me to be better. Going from playing summer basketball with a big group of girls from all over back to our school ball really showed me how to play a bigger role for myself. In the last two years I had to play with a larger presence on the court as the point guard and help out the younger girls.”