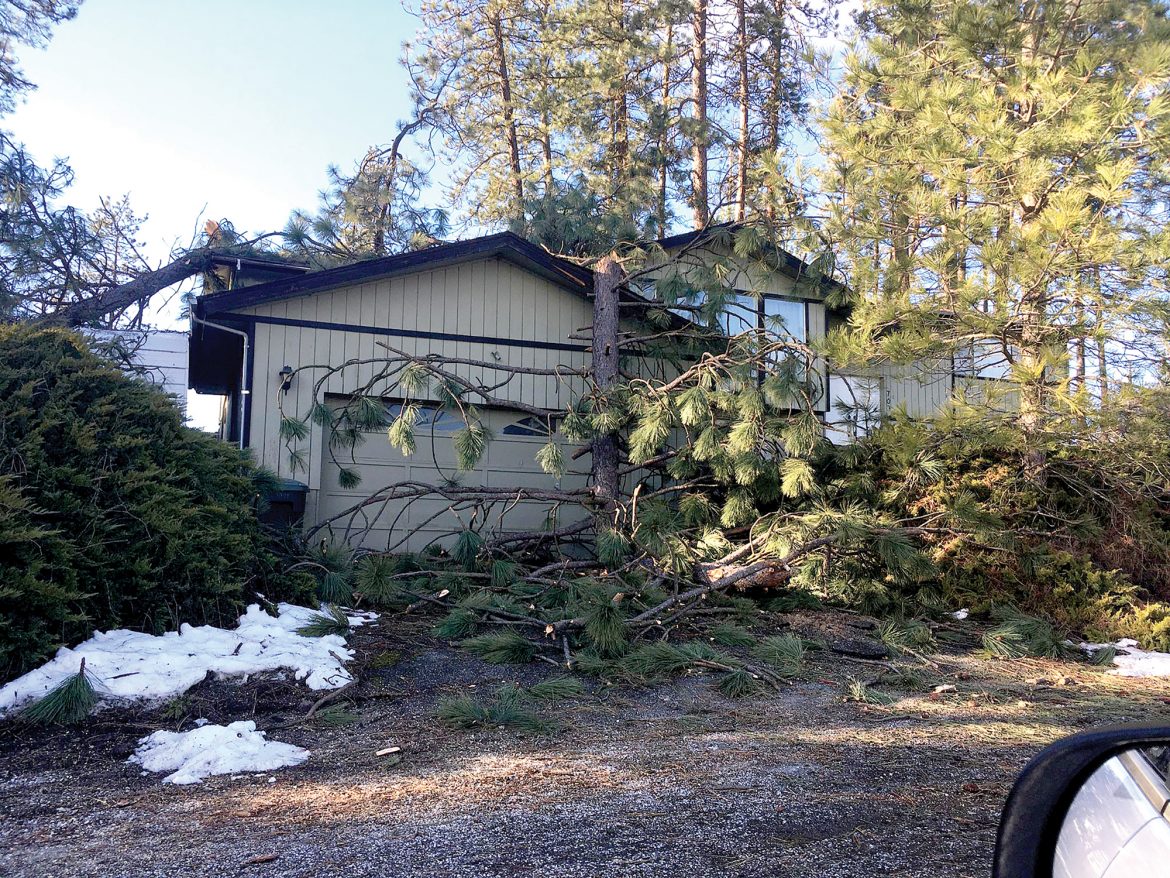 All customers who lost power in last week’s windstorm have had it restored by Avista crews, the company announced on Wednesday. For the first time in over a week, the power company’s crews will move into their “business as usual” mode. Avista crews have been working around the clock, as have contract and mutual aid crews, to restore power to 70,000 customers who lost electricity after hundreds of trees blew down in the area on Jan. 13.

“The historic Jan. 13 windstorm devastated the region causing trees and tree limbs to come into contact with Avista power poles and power lines,” Avista said in a statement. “During the event, crews traveled around the region restoring power to those impacted. Once power was restored in one area, they would relocate to provide reinforcement for communities still without power. Hard to access areas took the longest to restore. Progress slowed and challenges were met navigating rough terrain, downed power poles, downed trees and debris in some cases.”

The storm wreaked havoc in several states. Chewelah and Stevens County was not spared from gusts of around 45 miles per hour in the region. The early morning windstorm blew many trees down over roads and onto structures. Commuters from Chewelah had to wrestle with the wind blowing their vehicles all around the road, while also dodging downed trees around Highway 395. A downed power line near Clayton also closed the highway for several hours.

Hundreds of people in the Colville/Stevens County area were without power for a few days.

In Spokane, the city’s mayor, Nadine Woodward, declared a civil emergency as crews worked to clear more than 200 trees that had fallen.

“We are so appreciative of the communities we serve, and we are grateful for the crews who braved the elements and the challenging conditions this storm caused,” Avista said in a statement. “Part of the charm of living in the Inland Northwest is the scenic forests and timbers. However, when the soil becomes saturated by rain, followed by significant winds as we’ve experienced, devastation and damage can occur.”