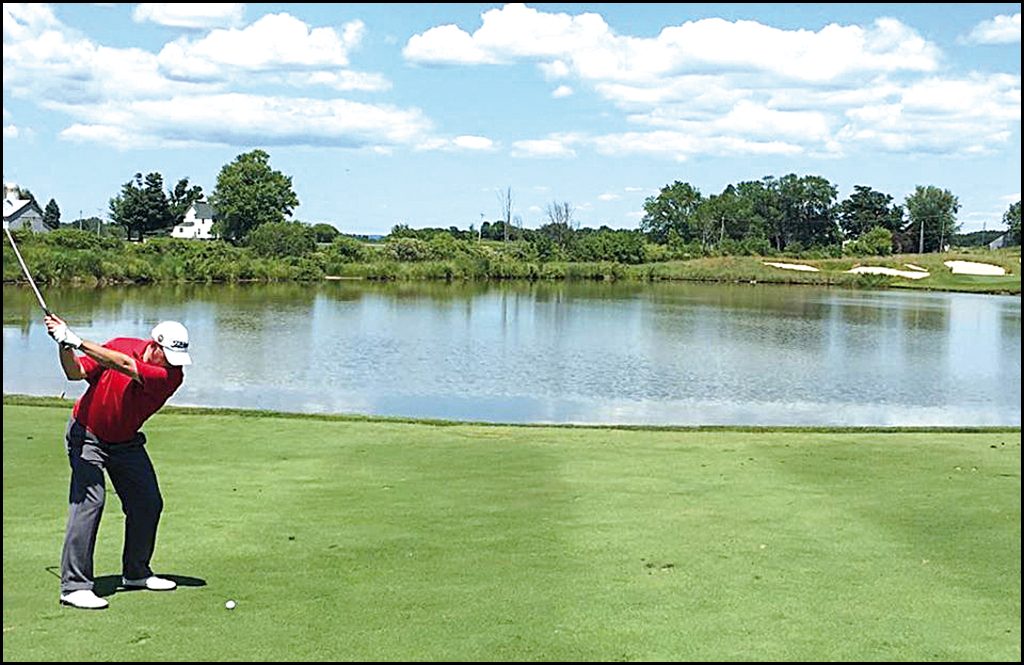 HONORED FOR WORK: Chewelah’s Jason Pitt named Inland Empire Golf Professional of the Year… and also bowls a 300 to top things off…

Jason Pitt had himself a month.

After learning that he was the PGA Inland Empire Chapter Golf Professional of the Year, Pitt followed that moment up by bowling an official 300 at the Chewelah Bowling Center.
Pitt has spent years as the golf pro at the Chewelah Golf and Country Club but has since moved to the position of Golf Operations Manager.

The Chewelah golfer was nominated as Golf Professional of the Year by another golf pro in the area, and Pitt still isn’t sure who did the nominating. Nominations and bios are submitted to the Inland Empire Chapter PGA awards committee and ultimately, the board of directors of the IEPGA makes the decision.

Now Pitt will be up for the Pacific Northwest award that covers Washington, Oregon, Northern Idaho, Western Montana and Alaska. If Pitt were to win that award he would be up for the National PGA Professional of the Year.

“It feels great to win this award,” Pitt said. “It is the highest honor a golf professional can win in our area. It’s especially rewarding because of being nominated and ultimately chosen by my peers. I consider myself to be a well rounded golf professional and among the best professionals in our area, but to be officially recognized as such is a really cool accomplishment.”

Jason has qualified for the PGA Professional National Championship twice. He has also represented the IEPGA Professionals 14 times in the Antigua Cup, which pairs the top 10 professionals against the top 10 amateurs in a Ryder Cup style format. Jason loves to compete on the golf course and has won over 20 IEPGA pro-ams. Jason has also served on the Board of Directors for the Inland Empire Chapter PGA.

“CGCC is a really great club,” Pitt said. “My members are the best in the world and dealing with the public on a daily basis keeps it fresh.”

Pitt said the new role of Golf Operations Manager has been exciting.

“The new role has also allowed me to concentrate on ideas to make us a better facility,” Pitt said. “In the past my main focus was on running day to day operations, and making sure our members and guests had a great experience every time they played golf.”

Pitt added the new role has allowed him to expand his experitse.

“I’m an expert in septic tanks and maintenance, something the PGA doesn’t train you for,” Pitt joked. “I’m very fortunate to be surrounded by a really great team. I believe any professional success attained says a lot about the people you surround yourself with.”

Pitt said Ron May is such an asset to Chewelah G&CC, and his ability to lead the maintenance staff is incredible.

“His crew rallies behind his amazing work ethic and strives daily to make CGCC one of the premier facilities in the Inland Empire,” Pitt added.

“Josh did an excellent job running the day-to-day operations at the club,” Pitt said. “He stepped up his level of responsibility and the membership loves Josh’s positive attitude. The CGCC board of directors are also awesome to work with.”

PITT BOWLS A 300
It was only his sixth game bowled this year but it was a memorable one. Pitt posted a perfect 300 at the Chewelah Bowling Center last week, his first of a long bowling career.

“I’ve been bowling regularly in Thursday night men’s league in Chewelah since I moved to Chewelah permanently in 2004,” Pitt said. “I used to practice harder than anyone in Chewelah with the exception of Don Durham. Over the years of very dedicated practice my average was always just that, “average” around 175-185.”

Pitt said he slowed down and quit practicing about two years ago and just likes to bowl and enjoy the night out with his buddies as a sub for the Sporty’s Bowling team.

That casual-ness allowed him to post a perfect game.

“I can honestly say I wasn’t nervous,” Pitt said. “I attribute this to not putting any expectations on myself, which in the past I would have because I practiced so hard and felt like that practice ‘needed to pay off.’,”

Being a golfer paid off too, as Pitt was aware that the harder you try mentally, the pressure you put on yourself usually causes a bad outcome.

“As I prepared to throw, especially the 10th frame, I just focused on the stuff I could control, which was breathing, timing and trying to roll the ball over the same mark I had used all night long,” Pitt said. “It was a really cool feeling after I did it. I couldn’t believe I actually completed the 300 with such little nerves.”