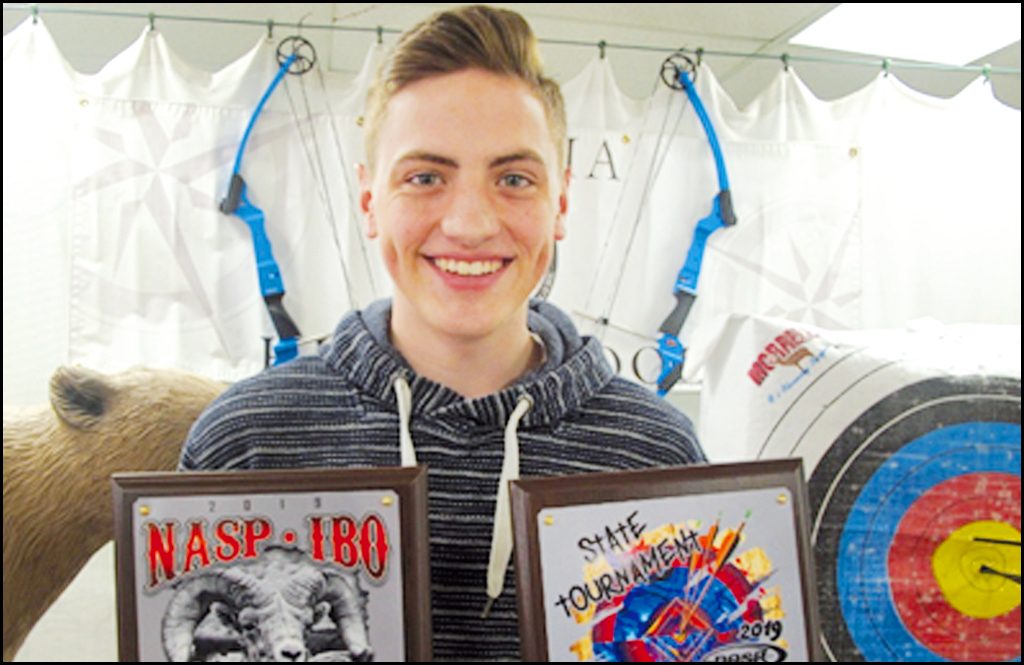 Congratulations to Paideia Senior Sam Palmer who earned the title of State Champion at the National Archery in the Schools Program (NASP) State Bullseye Tournament on March 9. Sam competed against 70 other high school boys, and shot a 287/300. This represented an improvement of 21 points over last year’s performance. Sam also placed 2nd in the State 3D Tournament.

Sam will represent Paideia HS and the state of Washington, for a second year, at the National tournament scheduled for April 26-28 in Salt Lake City, Utah where he will compete against over a thousand other high school aged boys. Overall, the PHS team showed great improvement over last year as almost every member logged a personal best score.

Kudos to Issac Cook, Mandy Farneman and Hannah Kircher who were all just one arrow’s worth of points away from also qualifying for Nationals. Coach Cox was excited about the performance of the PHS archery team stating, “This is the most dedicated and enthusiastic group of student athletes I’ve coached while being a part of this program. The kids worked extremely hard this season and next year looks to be just as exciting.” Eleven of the student-athletes competing for Paideia High School are also earning college credit for the experience. This opportunity was made possible through the Running Start – College in the High School program partnership with Central Washington University.

‹ SOFTBALL: Cougars split against 1A power Lakeside › BASEBALL: Selkirk rips Republic for a pair of wins