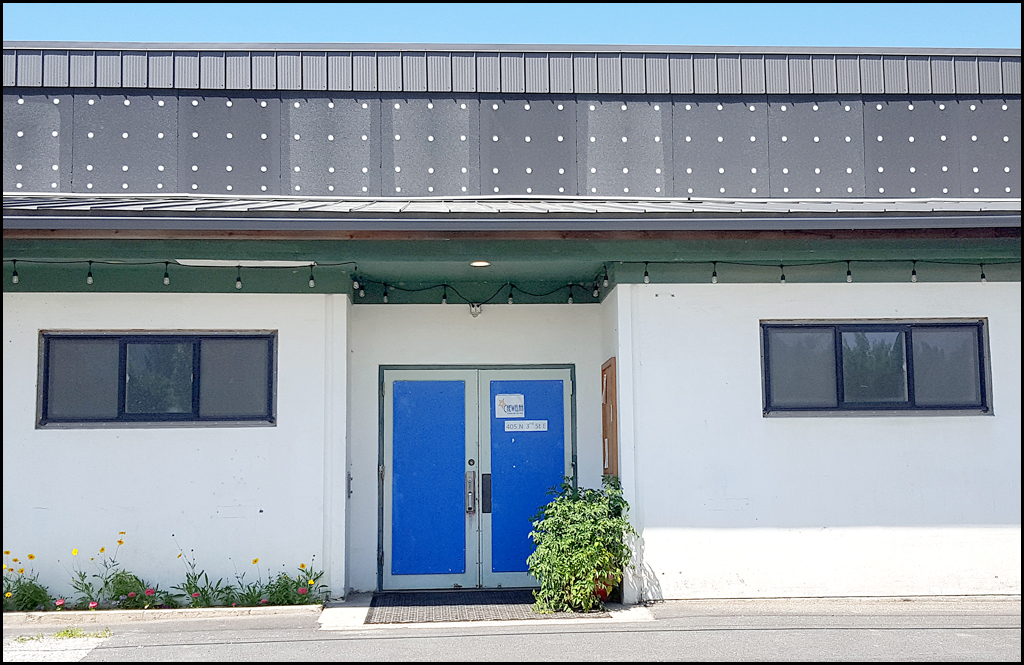 The Center for the Arts.

MOVING FORWARD: Construction for storage addition ongoing at Center for the Arts…

The Washington State Arts Commission announced last month that Chewelah Performing and Cultural Arts (PACA) has been approved for a CARES Acts Relief Grant from the National Endowment for the Arts in the amount of $3,000.

This rapid-response funding is earmarked for arts groups and organizations that are facing financial hardship due to the economic impacts related to the COVID-19 pandemic. The grant is specifically to be used toward operating expenses.

“This grant will be used to stretch the money that we have saved for building operations because we no longer have an income from the production of plays and other entertainment in our building,” explained Sharon Ludwig, president of the board of directors. “Debby McConnell, our treasurer, has been very careful to set aside funds for emergencies like this, so we are in a relatively safe financial state. She is the one who did all the paperwork for the grant. With the addition of this grant, our operation budget can now extend throughout this year.

“We are grateful for those who have continued to regularly donate towards the maintenance, operation and upgrade of our Chewelah Center for the Arts. Their generous donations have provided between one-third and one-half of our operating expenses, so, with the approval of this grant, we will be able to continue to pay our mortgage, utilities and insurance obligations.”

The StageTime rendition of the play “Newsies” was in final rehearsals and was scheduled for its first performance on April 3 when Governor Jay Inslee canceled all theatrical productions throughout the state. Park Avenue Players had completed casting its spring play of “Dixie Swim Club” and was beginning rehearsals, and Nothing To Lose Productions had to cancel its “Singer Series” concerts that were scheduled for this spring. StageTime Theatre School‘s summer session was also cancelled. So, all of the income from those performances was lost. 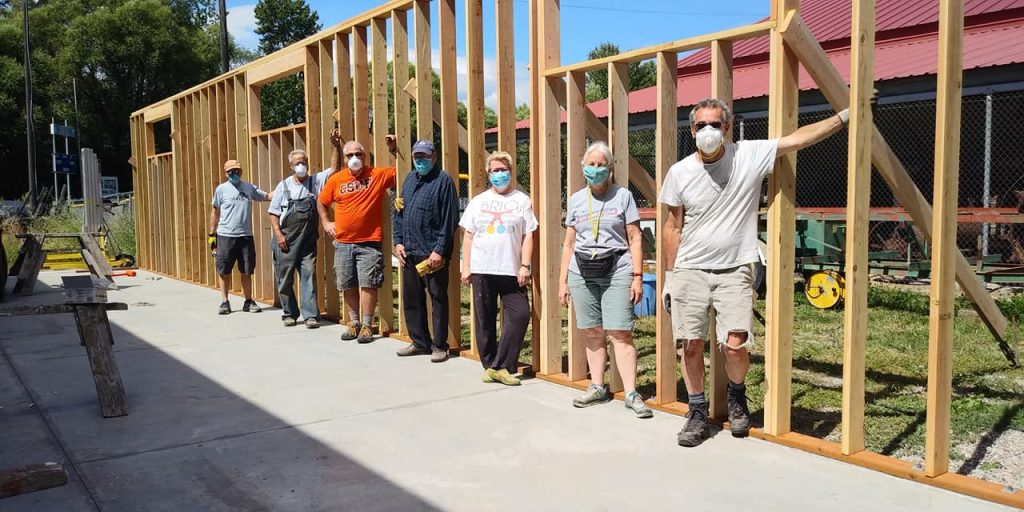 The first wall is up for the storage addition at the Center for the Arts. (PACA photo)

CHEWELAH CENTER FOR THE ARTS GETTING NEW STORAGE ADDITION
The framing of the new storage addition to the Chewelah Center for the Arts will began in June.

The footings for the new storage area were poured last fall, and the slab was poured the first of June. Now, with the coming of warmer weather, it is planned to get the building framed, sheeted and roofed over the summer. The addition will be used for the storing of stage platforms and flats, props, tables and chairs, the fork lift and the scissor lift.

“In a theatre, we figure that the stage and audience seating takes up one third of the needed space,” said Sharon Ludwig. “Two-thirds is needed for back stage, storage, costume shop, dressing rooms and a set building area. It is amazing what all goes on behind the scenes. With the building the way it is now, the theatre is about half of the building. The other half is full. We have run out of backstage space, so the construction of the storage addition will give us the backstage space we need.”

Performing and Cultural Arts (PACA) received an Innovia Foundation grant for $30,000 to cover the cost of the footings, slab, metal doors, framing materials and trusses. The grant also covers some of the labor. However, much of the labor has been donated. Local businesses have given a discount for materials, including Bellevue Construction (footings), Dawson Trucking (rock, gravel, and concrete), Kevin Herda (concrete cuts on the slab), Shirewood Enterprises (installing four doors) and Tom Bristol (project manager).

Considerable progress has been made on this project. Please contact Tom Bristol (936-1300) for further information.