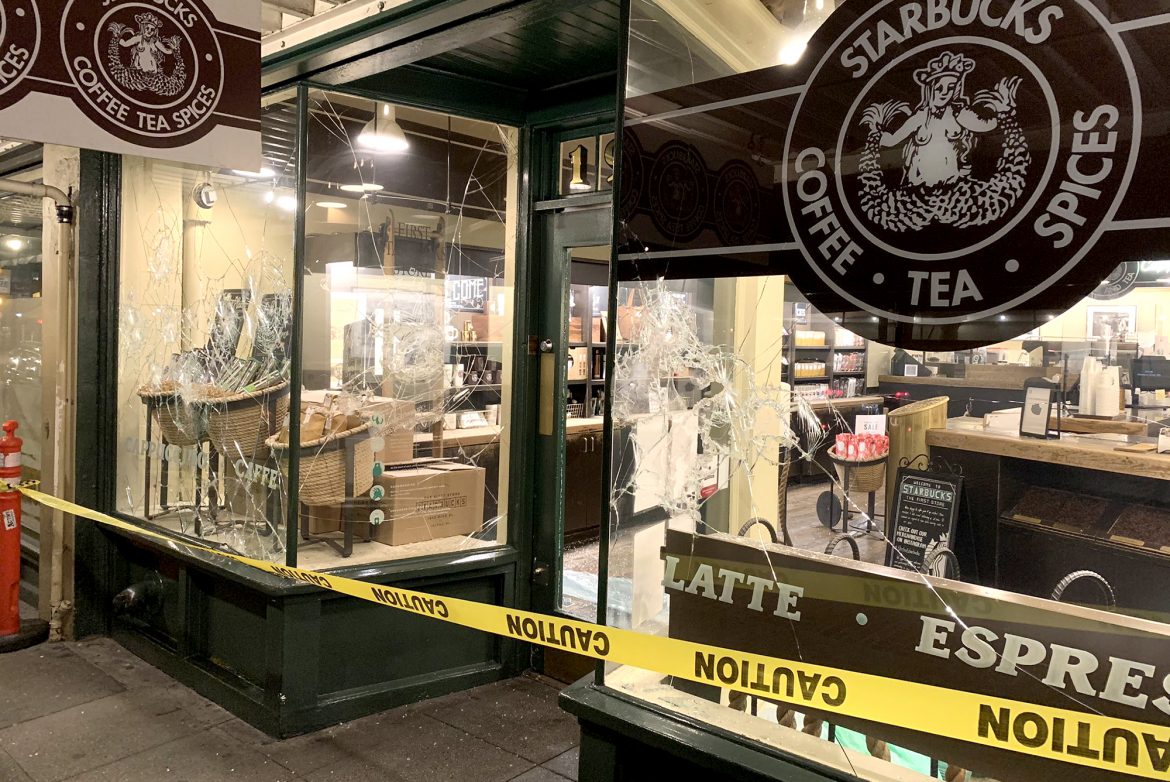 On inauguration day in the United States, several riots broke out in Northwest cities. On Wednesday night, Portland Police declared a riot in Portland Ore. as 150 rioters vandalized the federal immigration facility in the city, while also throwing rocks and eggs at police.

“We have observed property damage to the building,” the Portland Police Bureau wrote on Twitter. “Anyone who is involved in criminal behavior including: vandalism and graffitting is subject to arrest or citation.”

Antifa protestors also clashed with authorities in Portland, voicing dissatisfaction with Biden. The Democratic Headquarters were also vandalized by rioters.

Seattle, too, saw property damage by rioters as objects were hurled at cars, along with demonstrations against President Joe Biden, law enforcement and ICE. The original Starbucks in the city was burglarized and the storefront damaged. A courthouse had its windows busted in and an Amazon Go store was also vandalized. One female was arrested and someone else was also taken into custody. Police said multiple areas had been vandalized.

In Denver, an American flag was burnt as well as chants of anti-Trump and anti-Biden rhetoric.