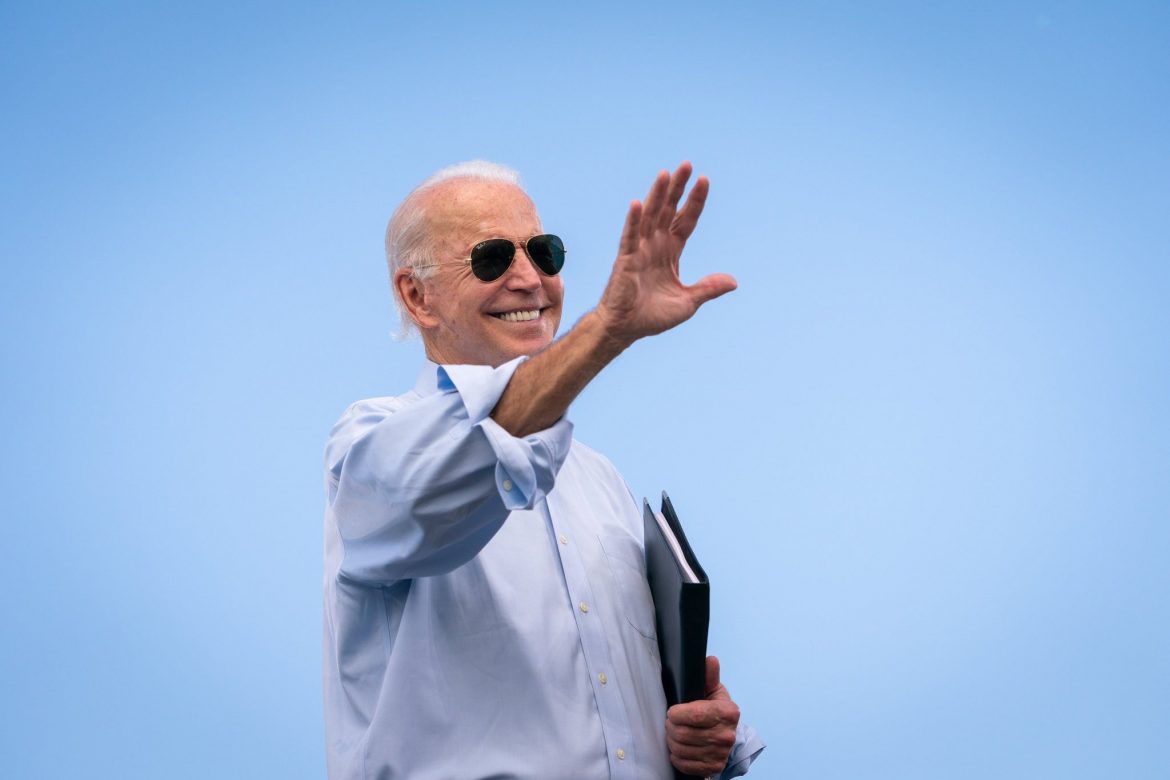 After being sworn in as the 46th president of the United States, Joe Biden wasted little time signing a bevy of executive actions that addressed the coronavirus pandemic, immigration, climate change and more. Many of these actions walked back directives from former president Donald Trump. Here is a run down on what got signed on Jan. 20 by new President Biden.

FEDERAL MASK MANDATE
Biden signed off on an executive order to mandate mask wearing on federal property and during interstate travel. He is also issuing a 100-day mask challenge to the country. To clarify, the mask mandate is only for federal property. This order in particular presented conservatives with a chance to criticize the new president. Hours after signing the mandate, conservatives pointed out that Biden took his mask off at the Lincoln Monument – which is on federal land.

Biden also brought back an Obama Administration position – the Directorate for Global Health Security and Biodefense – and pegged transition advisor Jeff Zients to be his “COVID Czar.” Zients will now provide the president with daily briefings concerning the pandemic. Along with this, the Democratic president will rejoin the World Health Organization, which former president Trump has criticized for having strong ties with China.

IMMIGRATION
Biden used an executive order to revoke the Trump Administration’s Muslim Travel ban, while also bolstering the DACA Program which provides legal protections for people who were brought to the U.S. as children without documentation but have lived in the country for most their lives. Biden’s order asks Congress to create an eight-year path to citizenship.

The president will also be issuing new guidelines for the Immigration and Customs Enforcement agency (ICE) over immigration arrests and detention. The wall along the US Mexico border will also halt construction. Since former President Trump began more border wall construction, 452 miles have been built but only 47 miles was new wall. The other miles were replacement of existing or outdated barriers along the border.

In a separate order, Biden reversed a Trump Administration order not to count undocumented immigrants in the US census.

CLIMATE CHANGE
The construction of the Keystone XL pipeline will be halted after the new president’s executive order. This oil pipeline system in Canada and the United States runs from Alberta down in the United States. It has been a source of many protests from tribal members in the states and environmental groups.

This news caused Canadian Prime Minister Justin Trudeau to issue a statement about his disappointment with the decision. Trudeau said he talked to Biden about the $8 billion project in November and Canada had made the case to continue the XL pipeline.

“While we welcome the President’s commitment to fight climate change, we are disappointed but acknowledge the President’s decision to fulfill his election campaign promise on Keystone XL,” Trudeau said. “Canada is the single-largest supplier of energy to the United States, contributing to U.S. energy security and economic competitiveness, and supporting thousands of jobs on both sides of the border.”

Biden also announced that the country would be rejoining the Paris Climate Accords which has a goal of reducing global carbon emissions and focus on green energy.

Eastern Washington Congresswoman Cathy McMorris Rodgers pre-emptively criticized these moves while congratulating Biden on being sworn in as president.

“There couldn’t be a worse time to double down on these executive orders as our economy recovers from the COVID-19 crisis,” McMorris Rodgers said in a statement. “They will raise costs on families and also hamper America’s global competitive edge to lead a new era of innovation. To win the future, we should come together on free-market strategies to protect our environment and unleash innovation without job-crushing mandates. Republicans in the last four years led with success to lift the regulatory burden on many fronts. As a result, America’s booming economy broke records before the pandemic. We have also led the world at reducing carbon emissions. We can do it again for an even stronger comeback to give every person a chance at a better life.”

INCOME INEQUALITY
Biden also signed two executive orders that the administration said will provide immediate financial relief to millions of Americans who have lost their jobs to the pandemic. Federally, eviction and forclosure moratoriums will be extended through March 31. The Department of Agriculture, Houses and Urban Development and the Veteran Affairs Department back more than 11 million mortages.

Student loan debt collection will also be frozen through September 30 of this year.

MORE ORDERS
Biden will also require everyone in his administration to sign an ethics pledge, after Democrats spent four years arguing over the ethics of moves by the Trump Administration.  Biden also dissolved the 1776 Commission which promoted patriotic education in US public schools. This comes after criticism of the commission for “whitewashing” US history. The president also extended federal workplace sex discrimination protections to the LGBTQ community.