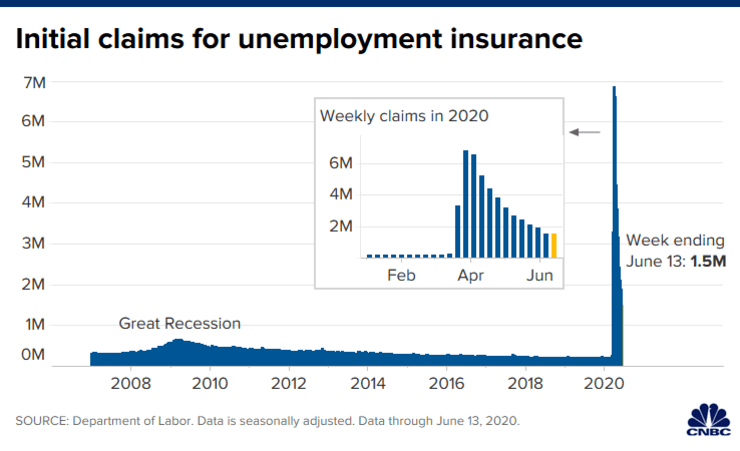 First time jobless claims continue to drop after a jaw-dropping peak in April, but numbers are still at historic highs. According to the most recent government jobs report, initial jobless claims totaled 1.5 million last week which is higher than the 1.3 million that economists expected, reports CNBC.

States are now in the middle of their reopening phases with varying degree and nonfarm payrolls growing by 2.5 million in May.

Still the weekly initial jobless claims during the pandemic shattered the previous highs for a single week which was 695,000 back in September of 1982. First time jobless claims topped six million for each of the first two weeks in April but have steadily declined.

The total number of Americans receiving jobless benefits was 29.1 million as of May 30. That is a decrease of 375,522 from the previous week.