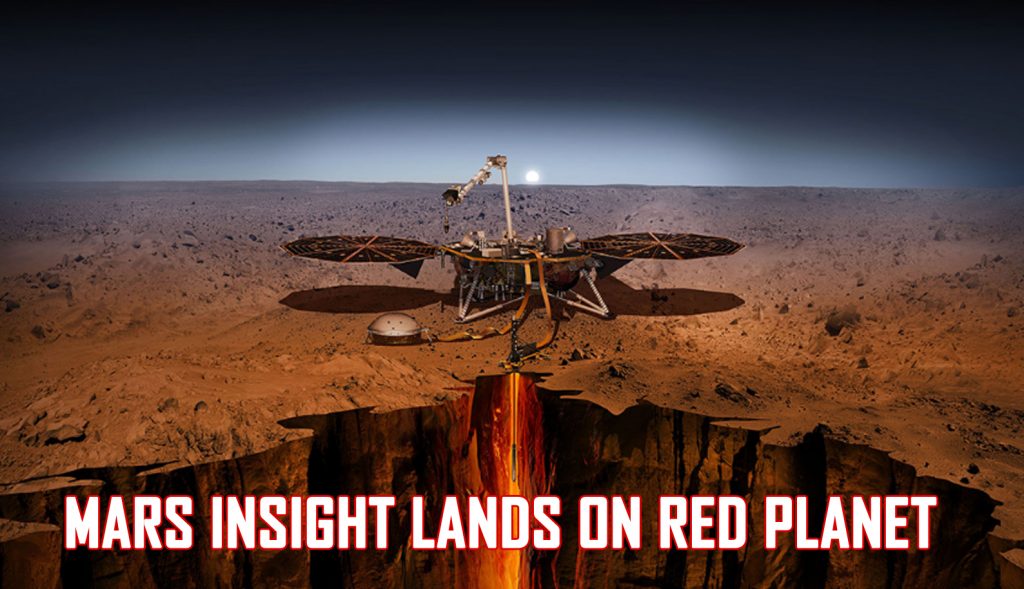 A lot can happen in just a week’s time. Here’s a few things to keep you up to date on the news stories making headlines across the country.

Mars has just received its newest robotic resident. NASA’s Interior Exploration using Seismic Investigations, Geodesy and Heat Transport (InSight) lander successfully touched down on the Red Planet after an almost seven-month, 300-million-mile (458-million-kilometer) journey from Earth. InSight’s two-year mission will be to study the deep interior of Mars to learn how all celestial bodies with rocky surfaces, including Earth and the Moon, formed. Click here for the full story.

Tear gas sprayed toward migrant caravan members near U.S.-Mexico border
Some members of the migrant caravan from El Savador gathered in Tijuana were met with tear gas as they approached the San Ysidro Land Port of Entry located between the cities of Tijuana and San Diego on Sunday.

Deadly Camp Fire in Northern California contained
The Camp Fire that destroyed close to 14,000 homes and killed more than 80 people, while hundreds more remain missing, has been declared 100 percent contained. The fire is rated as the deadliest and most destructive in California history.

Oil prices dropping, but is it a good sign?
Prices on a barrel of oil dropped to less than $60, its lowest point of the year, partially due to a decrease in global demand and an increase in U.S. output. However, some are concerned the price drop is indicative of a stagnating global economy and slowing domestic growth in the U.S..

Climate change could have drastic effects according to report
The release of the fourth National Climate Assessment, a federally mandated report on climate change, details the many effects of climate change on communities, weather patterns, and potential damage to infrastructure and ecosystems.