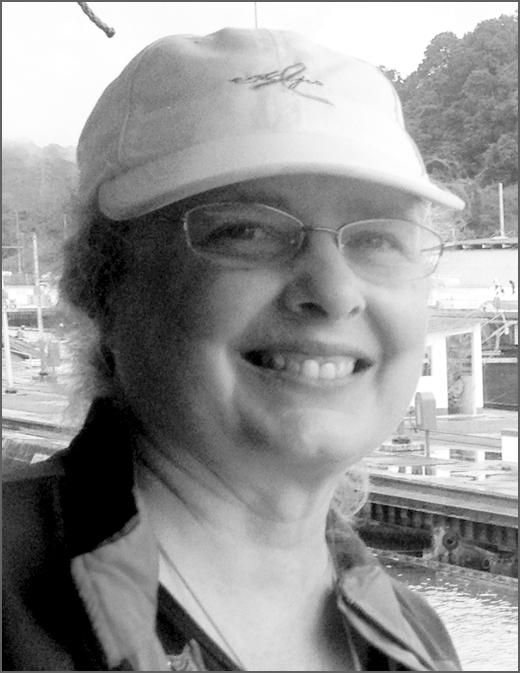 Linda Marie Carpenter, a 39 year resident of Colville, WA passed away on August 14 in Colville at the age of 63 following a long battle with breast cancer. Linda was born on Feb. 5, 1956 in Spokane, WA the daughter of Vern Waldo and Donamae (Westensee) Johnson.

Linda was raised in Spokane where she attended school and graduated in 1974 from Lewis and Clark High School. She then attended school at Washington State University for 2 years before returning to Spokane. Upon her return, Linda worked for the Star Shopper, publication owned by longtime family friends, the Carpenters. Linda had shared summer vacations growing up with the Carpenter kids. Upon her return from college, an interest began with Eric Carpenter. On June 9, 1979, she and Eric exchanged vows. They resided in Spokane for a brief time before purchasing the radio station in Colville in Dec. of 1980. Linda and Eric moved to Colville where she spent many hours helping to run the Colville radio stations. As their family grew, her time in the station became significantly less as she focused her attention on her three children. Eventually, Linda became a fulltime homemaker, which was a decision she treasured. Over the past 7 years, she and Eric traveled extensively to Las Vegas, New Orleans, Biloxi, the East Coast of the USA and internationally as they earned a second income from Black Jack and Video Poker. This second business venture provided multiple national and international cruises, flights, casino stays as compensation from the casinos.

Linda was a devoted wife, mother and grandmother. She spent many years supporting the Scouting organization as a den mother, and Troop 921. She enjoyed traveling to many sporting events through their broadcasting and network affiliation to include Seahawks, Mariners and the Cougars. Linda spent many R.V. and camping adventures with her family. She knew good wine and shared many a glass and fantastic food from Europe to Portugal, Greece, Italy, Croatia, Panama, Mexico (both East and West coasts) the Bahamas, Tahiti, Hawaii, and Alaska.
Linda was preceded in death by her brothers Doug and Cliff.

A celebration of life will be held at a future date. Memorial contributions may be given to Hospice of Spokane. Please visit the online memorial and sign the guestbook at www.danekasfuneralchapel.com. Danekas Funeral Chapel and Crematory is entrusted with the arrangements.