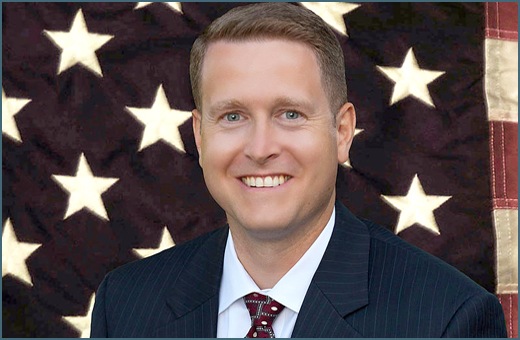 MATT SHEA UNDER FIRE: Spokane Valley legislator continues to be in the headlines over several issues…

Spokane Valley State Representative Matt Shea, a name consistently linked with purported extremist groups in Stevens County, faces increasing calls for removal from office from local Spokane leaders amid reports from The Guardian that Shea had intelligence gathered on more progressive political figures in the city.

Shea has made many headlines in recent years, with some of those concerning northern Stevens County. Previously, Shea has earned attention for leaked documents circulated by Shea and his camp entitled “Biblical Basis for War,” being a leader in the Liberty “51st” State movement and most recently a video published online where he speaks with members of a Colville-based group known as “Team Rugged,” in which one member notes the group is designed to give young men foundational training and skills to be effective in Christian warfare.
Shea’s views and motivations have been a subject of concern from former members of his inner circle who have chosen to expose what they view as dangerous rhetoric and tendencies by the state legislator.

KXLY News 4 reported Kinnear made a statement in regard to the reported surveillance, saying “Representative Shea’s preparation for holy war and his threats of violence against non-white community members are grotesque. I’m not intimidated by him or his alleged tracking of me and other local leaders who believe in our constitutionally-formed government and community.”

However, the fear of violence from Shea followers and those he is reportedly tied to is a reality as Spokane County Sheriff Ozzie Knezovich stated in an interview for the podcast “Bundyville” that he has received threats on his life and has made preparations should those threats ever become real. Others formerly from Shea’s inner circle said they wouldn’t willingly go to some of those places without being armed for protection.

The Washington State House of Representatives has also reportedly hired a team of special investigators to determine if Shea has promoted political violence against any group or person, according to the Spokesman-Review.