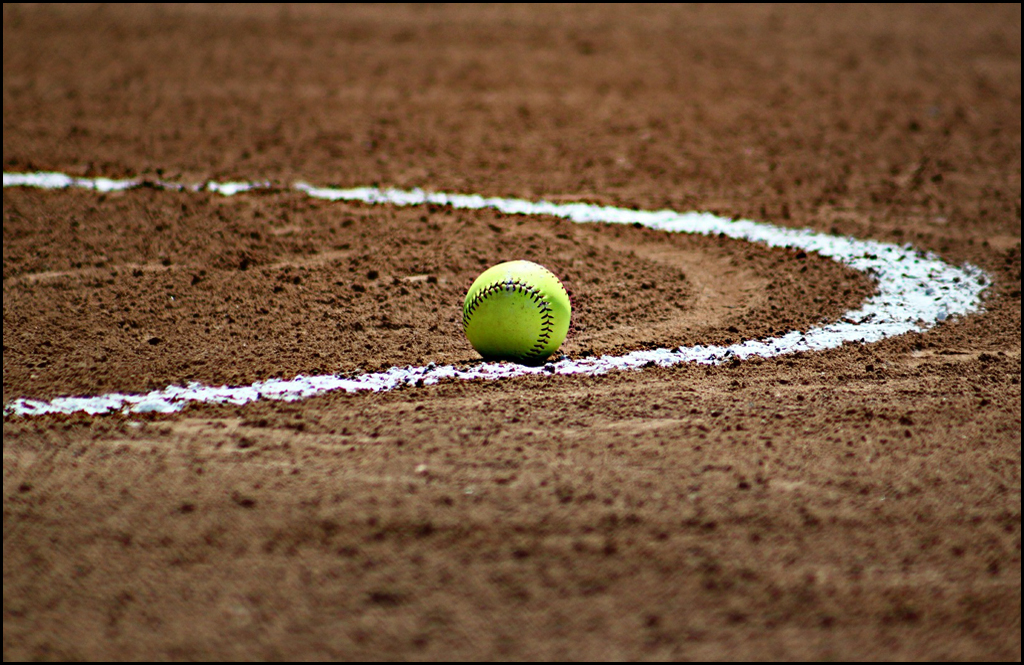 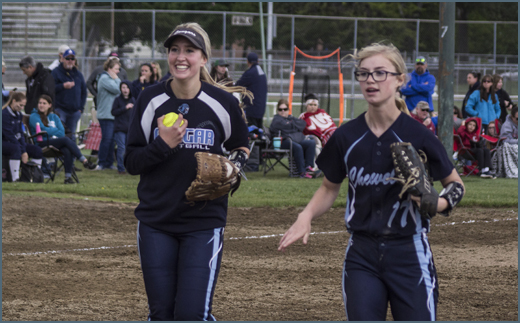 The shortened season was probably hardest on the Spokane Falls Lady Sasquatch who got in only four games before the governor cancelled all college sports. For Kennedy, the sudden end of the season was a gloomy experience, because she was playing a new position on her team and was having success both in the field and at the plate. Over the winter, her coach had changed her position from first base to second base, and her hitting had undergone a complete makeover.

“My coach told me I was not able to use my full athletic potential at first base, so she switched me to second base,” Kennedy said. “I worked really hard at developing the skill set of a second baseman over the winter, and I started there this spring. I hit .444 in the four games we played with three triples and had no errors.”

Kennedy had played first base for the Sasquatch during fall ball. She had a productive season there, but was excited to make the change. However, one area in which she wanted to improve over the winter was her hitting, so she started working with a hitting coach for an hour once a week.

“Her name is Tiffany Brooks, and she completely reconstructed my stance and my swing,” Kennedy said. “She works with hitters of all ages, but mostly with college players. She completely changed my swing and helped me better recognize the spin on the ball. I was making much better contact with the ball this spring. In high school, most pitchers threw only a fastball and a changeup. In college, pitchers throw a lot faster and put a lot more spin on the ball, so it can curve in different directions and it is harder to hit.”

Another disappointment caused by the cancelling of the season was that Kennedy never got to play against any of the other three Chewelah girls who play on teams the same league.

“These are girls I played with in high school and we were all good friends,” she said. “I really miss playing with these girls. I took it for granted that we would always be playing together. It is good that we play in the same league, but the season ended before I could play against any of them. I was really looking forward to seeing them and playing against them this spring.

“Now I play on a team that has players from the schools I played against when I was in high school, and the competition within the team for starting positions is intense. There are a lot of new freshmen on the team who want to play. I thought we had gelled and were really playing well together. And we really had fun together. They’ve turned out to be great teammates. I was happy to play at the Falls.”

Kennedy is completing her freshman year at home online. She is working on the prerequisites for an Associate of Science degree in Dental Hygiene.

“I have three classes—Biology, Health, and Sociology,” she explained. “That’s 15 credits. I have at least two hours of homework every day. I am also doing training for my job with the Forest Service that begins in June. So, I have been running and working out in the gym in the mornings and then doing my homework later in the day.

“The problem is that at the end of the next school year I am going to have to make the decision to either play softball or continue with the dental hygiene degree. I have been planning to go to Eastern Washington University for my junior year and continue with my dental hygiene degree, but the course is so demanding that they do not allow students to play sports or have a part-time job. I still want to play softball. They do not have a softball team at EWU, but they have a club team. I may have to change to another school, maybe even an out of state school. I still have an entire year to think about it before I make a decision.”

Maddie did not come home to Chewelah alone. She brought Alyssa Oswald, the Yak’s pitcher, home with her because she could not go to her own home. She and Alyssa are both freshmen. They live in the same dorm with most of their team, but they are not roommates.

“Alyssa lives in Alaska,” Maddie explained. “She cannot go home because of travel and quarantine restrictions put into effect by the coronavirus. So, I brought her home with me.”

For the Yaks, it was a short schedule of preseason games.

“It wasn’t much of a spring season,” Maddie said. “I think we won seven of our 12 games. I don’t know my stats, but I was probably hitting around .500 with a lot of line drives.”

Maddie’s best performance of the season was a doubleheader against Gray’s Harbor. She hammered four hits including a double and a triple, scored three runs, and drove in two more in the opener. She then had three RBIs with a single, a double, and a triple in the second game.

The big difference between high school and junior college softball, according to Maddie, is that college ball is much more competitive. There is much stronger competition for positions on the team and there is considerably more competition against other teams.

“It is really hard to earn a position and keep it,” she said. “Our coach likes effort, and he always wants us to step up our game and to pick up our teammates when they are having a bad game.

“Adjusting to the pitching was also difficult. In college, the pitchers throw 60 miles an hour with a lot of movement on the ball. It’s a lot faster than in high school.
“Another hard part for me this year was learning to play with a new group of girls that I had never seen before. It was not like here in Chewelah where I played with the same girls for several years. I had to learn how each one of them played the game, how they fielded the ball and how they threw.”

Like most college students who are now taking their classes online, Maddie is loaded down with homework.

“I have at least three hours of homework every day,” she said. “It’s mostly busy work, reading articles and writing about them. I have three classes—Sociology, Communication, and College Basics. It was a lot easier in a classroom with a teacher where we could talk one-on-one.

“Altogether, I have enjoyed college. I have had a lot of fun. I have met a lot of new people and have made friends for life.”

Although Kennedy and Maddie did not get the opportunity to play against each other this spring, both are only freshmen, so the two may get to faceoff next year.