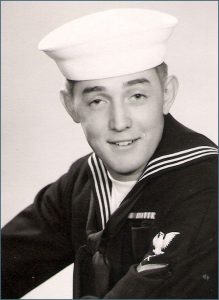 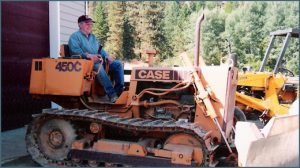 Dick was born on January 22, 1945 in Spokane, WA to Thomas and Gertrude Rose (Hansmeier) Kassa. Dick was the fifth of eight children all raised in Spokane, Washington.

Dick attended St. Francis of Assisi Catholic School through his primary years and completed his education at Central Valley High in 1963. He ventured off to California where he worked for General Telephone Co. and met his sweetheart, Martha Jean McMains, who also worked for the company.

Dick enlisted in the U.S. Navy in 1965 where he proudly served on the USS Tillamook in Vietnam, where he remained until his honorable discharge in 1967. Dick continued his service in the Naval Reserve until 1974.

On June 24, 1967, he married Martha in Redondo Beach, CA. After honeymooning in Spokane, Dick and Marty knew that the PNW was where they wanted to be. They moved first to Seattle, both working for Pacific Northwest Bell, and eventually were able to transfer to Spokane to start their family.

In 1972, Dick and Marty moved to Chewelah where they purchased a ranch which would become their forever family home.

Life was interrupted in 1974 when he suffered significant burns and injury in a construction fire while in Alaska. Dick was transferred and treated at Harborview in Seattle where he was one of the first admissions to the renowned burn center. After months of treatment, and against all odds, he survived and went on to build a successful career and family.

Dick expected and encouraged hard work in his children, grandchildren, nieces and nephews.

He loved in a way that was bigger than life. His generosity was apparent as he opened his home to many foster children and others along the way. Dick did his best to live a life of faith, family and forgiveness. Martha said, “he was simply extraordinary.”

Dick was a member of the Knights of Columbus and the American Legion Post #54 of Chewelah.

He was preceded in death by son-in-law, Mike Day in November of 2019.

A graveside service will begin at 11:15, Friday, June 26, 2020 at the Chewelah Memorial Park Cemetery with a gathering to follow at the Kassa Family Ranch – all are welcome. Father Steve Booth will officiate the graveside service.

Memorial contributions may be given to the Chewelah American Legion Post #54. Please visit the online memorial and sign the guestbook at www.danekasfuneralchapel.com. Danekas Funeral Chapel and Crematory is entrusted with the arrangements.