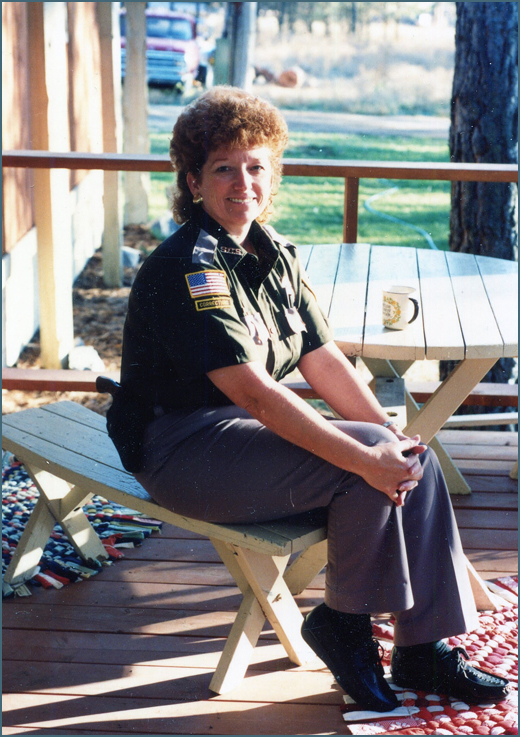 Millie was born and raised in Los Angeles, attending primary school and graduating from John Marshall High School with the class of 1962. On July 6, 1963, she married her high school sweetheart, Fred Nilsson. Millie and Fred would welcome three daughters into their lives: Tammy, Sandi and Deanna, and adopt a son, Randy. As the children were growing up, the family enjoyed going on many camping trips to destinations like Little Rock Campground, Joshua Tree National Park and Baja, California. Millie stayed at the home and raised the children. She would watch Steve Williams while his mother was at work and he considered her a second mother.

In 1976, the family moved to the Springdale area and bought a small farm. Millie dove into the farm life learning to milk cows, raise chickens and everything else to run a farm. She planted a huge vegetable garden alongside her mother, a place that the kids spent many hours weeding.

Millie loved and supported her children and grandchildren in their sporting events and activities. Fred and Millie would later divorce. She met Ted McBee, and the two were married on August 29, 1987 in Spokane, WA. This year would be their 35th wedding anniversary. Millie began working as a dispatcher for the Chewelah Police Department and then moved into a corrections officer position for the Stevens County Sheriff. Millie and Ted enjoyed trips to the Washington and Oregon Coast, Cannon Beach in particular. Camping and fishing trips to Waitts Lake on the pontoon boat were a favorite. Ted and Millie built a lavish fruit and vegetable garden. They would spend hours canning for home and family use and donate the rest to the local food bank. Millie loved spending time with her grandkids and watching movies with them.

She loved going to yard sales, doing puzzles, watching true crime programs and reading the novels alike. Millie battled with Idiopathic Pulmonary Fibrosis for many years, but she maintained a positive attitude throughout. Millie was a loving, caring, unselfish woman with a hint of feistiness. She may not have had a big circle of friends and family, but it was a tight one and she will be forever missed.

A celebration of life will be planned for later this fall. Please visit the online memorial and sign her guestbook at www.danekasfuneralchapel.com. Danekas Funeral Chapel & Crematory have been entrusted with the arrangements.

Memorial contributions in Millie’s honor can be made to an Autism Charity of your choosing, as it was near and dear to her heart.