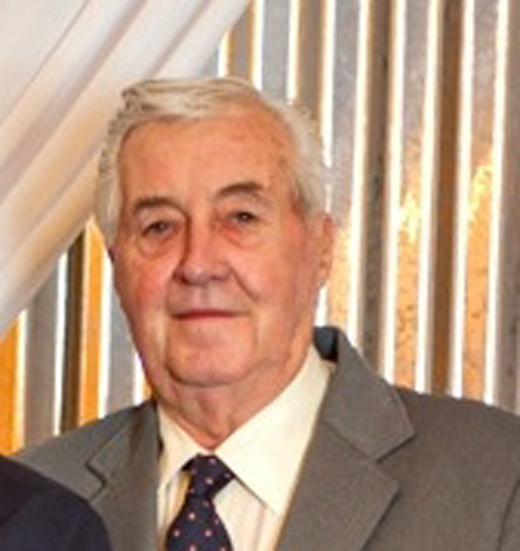 Marvin “Marv” David McPhee (79) peacefully went to be with his Lord and Savior on Saturday May 9, 2020 at his home in Deer Park, WA with his family by his side. He succumbed to a blood infection. Marvin is survived by his brother, Rod McPhee of Kent, WA; sons Dan McPhee of Kila, MT., Mike McPhee of Hayden, ID, Rick McPhee of Deer Park, WA and Tim McPhee of Hayden, ID, daughter Melanie Parker of Deer Park, WA. He is preceded in death by his wife Elaine McPhee and son Robert McPhee. At the time of his death Marvin had 16 grandchildren and 11 great grandchildren with two more greats on the way.

He married Elaine Carol Riech, his high school sweetheart in 1958 and soon started a family. After a short stint at Boeing Marvin began working for himself as a general contractor and retired in 2006. Over 46 years of marriage, the couple welcomed five boys and one daughter into their home and Marvin set about teaching them the values of work/life balance, honesty, family values, and getting back on the horse. His children remember him as a loving father who encouraged them to have integrity and pursue their goals. In their earlier years, he and his wife welcomed many foster children into their home. After discovering the beauty of Stevens County landscape on several hunting trips, Marvin moved his Family to Addy, WA, where he made many friends. He enjoyed the outdoors; hunting and fishing was something he enjoyed through his years.

Marvin was accomplished at carpentry and construction. Marvin was self-employed as a general contractor nearly all of his adult life.

He was a craftsman as well and there weren’t many things he couldn’t build or do, and often offered to help others do the same. He had an entrepreneurial spirit, and embraced taking on challenging projects. Throughout his years, especially in construction, Marvin tried diligently to help others with a hand up.

He had reasonable expectations of individuals in business and everyday life, and was bold in making them known. Those who knew him best will remember him as being fair, forthright, and reasonable.

He was a God-fearing imperfect man who loved Jesus and shared the gospel with others. He was an active and dedicated member of the body of Christ and often volunteered at Union Gospel Mission (UGM). He will be remembered by his family as a caring father who often showed compassion for others less fortunate.

A memorial is tentatively scheduled for later in June. Dennis Christianson will officiate the ceremony. All are welcome to attend and celebrate Marvin’s life.

In lieu of flowers, please send donations to Horizon Hospice (608 E. Holland Ave. Spokane, WA 99218) or UGM at https://www.uniongospelmission.org/donate. The family would like to thank Horizon Hospice for their care and dedication.