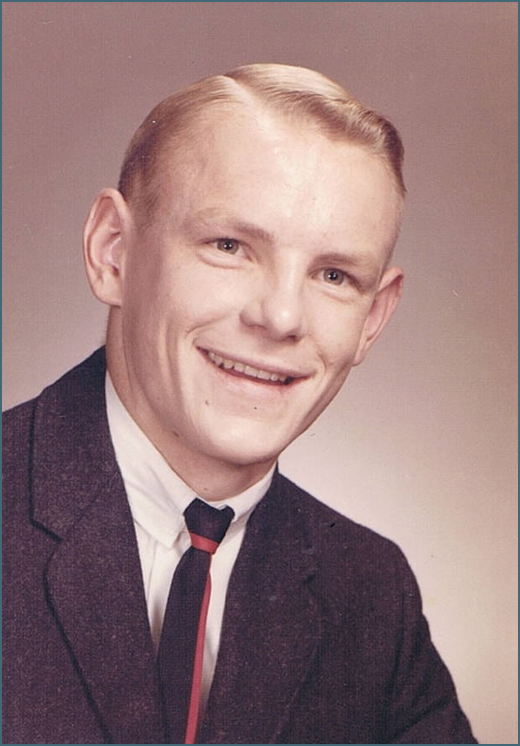 Larry Earl Richardson, born December 6, 1946 in Chewelah, passed away on April 25th, 2020 at Sacred Heart hospital in Spokane. Larry had been battling the effects of Alzheimer’s plus complications due to exposure to Agent Orange in Vietnam for several years.

He is probably best remembered as a star athlete in all of the major sports during his high school days in Chewelah where he graduated in 1965. He spent the majority of his working years as a professional dance instructor in the Phoenix, Arizona area.

Larry returned to his beloved Chewelah to be the primary caregiver for his mother as she struggled in her battle against Alzheimer’s.

He was preceded in death by his mother Helen Blomgren Barrett, father Theodore “Frank” Richardson and younger brother Don Richardson.

He is survived by his brother Dale Richardson of Tavares, Florida; sister Janet Pearson of Kamiah, Idaho; and brother Doug Barrett of Marysville, Washington.

Due to the Covid 19 pandemic, no formal service is planned at this time. When conditions improve, a memorial service will be announced.