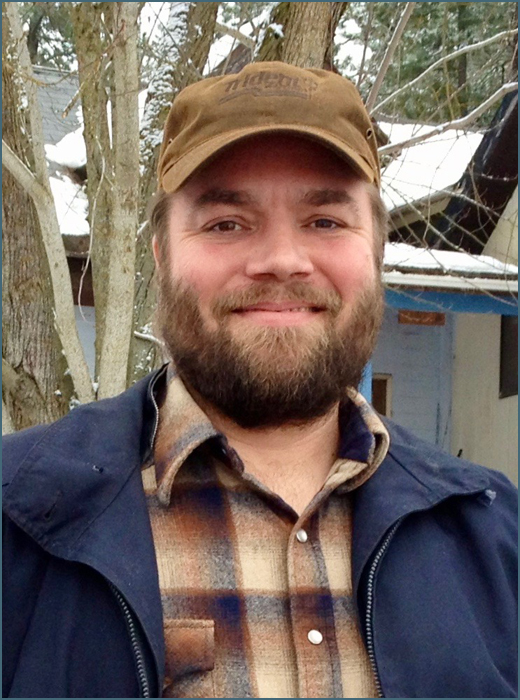 David Michael Laitinen passed away on Tuesday May 19, 2020 at age 45 in Chewelah, WA. David was born on May 13, 1975 in Spokane, WA to parents Pam (Keene) and Roy Laitinen. He was the 4th of 7 children in his family. In 1976, David’s parents moved their four small children to a 40-acre piece of property outside of Chewelah, WA where they built a house while Roy worked full-time as a nurse. David attended school in Chewelah and, after graduation, moved to Montana to attend Carroll College for Pre-Med.

After getting a summer job as a finish carpenter in rustic log home building, he shifted paths toward his gift for woodworking and carpentry. He spent over a decade living in Montana and building an extensive portfolio of woodworking projects ranging from furniture making to reclaimed log home construction. His experience and clientele led him to end up working in New York and Connecticut where he eventually moved for a few years, enjoying a bi-coastal life combining work, travel and adventures with the friends he made in New York and his family and close friends in Washington state.

In addition to woodworking, David enjoyed cooking and sharing meals with family and friends, especially meat and seafood from family hunting and fishing trips. He also had a love for music, especially percussion of all kinds. He played the drums and collected musical instruments. He had a silly streak that drew children toward him and never hesitated to take the little ones for a tractor ride or have a jam session on the drums with the kids, no matter what time it was. His sense of humor was unique; those who knew David remember his frequent jokes and one-liner quotes that were often references to his favorite movies.

David is preceded in death by his father, Roy Laitinen, his brother Jon and his sister, Kristin. He is survived by his mother, Pam Laitinen; sisters Michelle (Curtis) Wasco, Jaimie (Chioke) and Ashley (Victor); brothers Rick, Elijah (Cheyenne), and Skye (Marliss); and his grandma Edna Laitinen (105 years old), as well as numerous nephews, nieces, uncles, aunts and cousins.

A celebration of life is being planned for later in the summer.