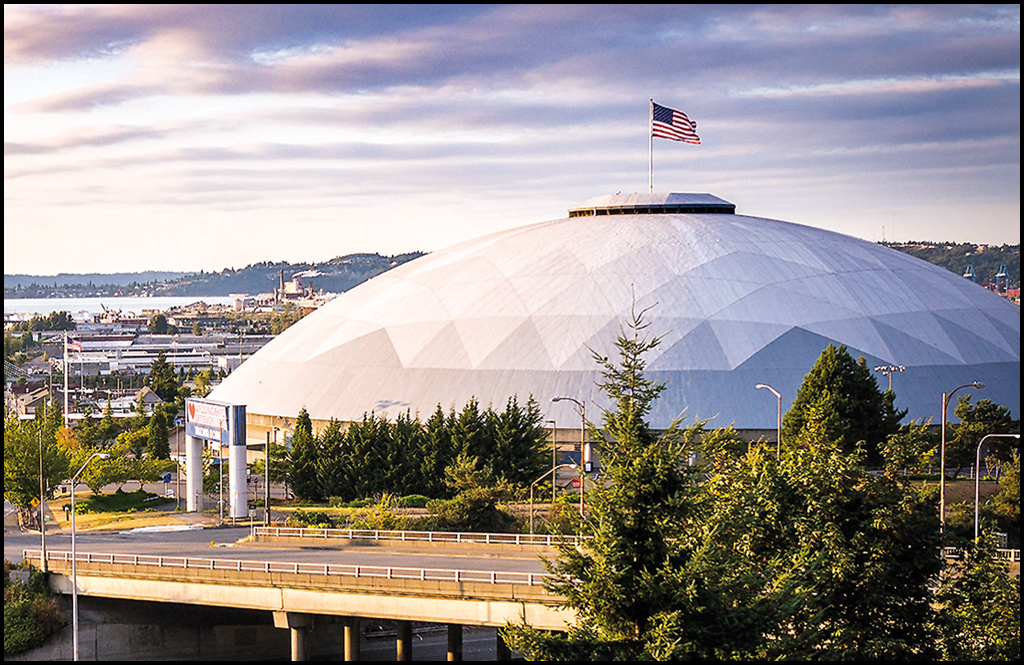 Kaden Krouse, Justyce Acosta and Zeke Crockett wrestled to weight division championships at last Saturday’s Region 3 Tournament in Reardan, leading Chewelah to a second place finish in the team totals. The trio will head a delegation of six Cougar wrestlers to the Tacoma Dome this week for the Mat Classic XXXII state tournament that starts on Friday morning. Cole Davis and Clayton Jeanneret placed second in their weight brackets, and Cole Piepgras finished fourth in regional qualifying. They will be joined by Cougar 120-pounder Kristen Erickson who placed third in the Region 4 Girls Tournament at Othello last Saturday.

The quest for state championships will begin this Friday at 10 a.m. in the Tacoma Dome with six classifications wrestling on 24 mats. By Saturday evening, 84 individual weight division champions and six team champions will be crowned.

Liberty won the team championship at Reardan with 210 points. Chewelah was second with 149 points, followed by Reardan, Springdale and Davenport. Throughout the season, the Cougars were unable to fill four of the 14 weight classes, which limited them to the number of team points they could earn in the tournament. The loss of senior defending 182-pound state champion Jake Jeanneret will further hinder them in this week’s state finale. Chewelah has been ranked second through most of the season but was dropped to fourth in the team ratings this week because of the loss of Jeanneret and the number of points he would generate.

Defending two-time state 170-pound champion Krouse, as expected, chewed up his district bracket. He pinned his first two opponents in the opening round and won the championship match with a major decision. He pinned Trentin Ensley from Colfax in 1:37 and Pomeroy’s Braedyn White in 53 seconds. He then met third-ranked Jesse Turner from Liberty and outscored him 11-3 to win his bracket championship with four takedowns and a three-point near fall. He also cut Turner loose three times to give him his three escape points.

Acosta blitzed through the 132-pound weight bracket, pinning all three of his opponents, finishing the tournament by pinning third-ranked Ashton Strobel from Liberty with 1:21 remaining in the third round to win his bracket. Strobel came into the tournament as the state’s third-ranked 132-pounder. On his way to the championship finals, Acosta pinned Reid Bartels from Liberty midway through the second round and then notched a first-round pin win over Luke Erickson from Springdale in 1:20.
Crocket also pinned all three of his opponents on his way to the 138-pound championship. It took him only 43 seconds to glue Northwest Christian’s Trevor Waterbly to the mat. He pinned Chad Doyen from Republic/Curlew with 16 seconds remaining in the second round. Crocket then advanced to the championship match where he pinned state tournament veteran Dylan Bjornberg from Reardan in just 1:14 to claim the first place medal.

Jeanneret started the tournament with twin pins when he defeated Cody Jenkins from Davenport and Mike Bauman from Northwest Christian in identical times. The referee slapped the mat in both matches with 50 seconds remaining in the opening round. In the 145-pound championship bout, Jeanneret met first-ranked Alex Plasencia from Davenport. The Cougar freshman lost a 14-4 major decision to the senior state tournament veteran, but he did not get pinned, placing second in his weight bracket.

Following suit, Davis pinned both of his first two opponents. The referee signaled the end of his first match against Bernardi from Davenport in 1:36. He then pinned Skyler Schurger from Springdale with 35 seconds remaining in the second round of the semifinals. However, Davis lost a close 7-5 decision to Liberty’s Josiah Cwik in the 220-pound championship bout to place second in his bracket.

Piepgras finished fourth in the 160-pound weight bracket, winning two of his four bouts in the tournament. He started the day by pinning Curtis Winona from Pomeroy 4-3 in 2:46. He lost his second match to Cole Prince from Liberty, but returned to the mat to post an 11-2 major decision over Mitchell Lencioni, also from Liberty. In the battle for third place, Piepgras lost a close 4-3 decision to Skyler Henry from Davenport.

State defending 182 pound state champion Jake Jeanneret did not compete because of a knee injury. Also competing in the tournament but not advancing to the state tournament were Johnathan Thompson, River Rainer, Levi Miller, and Hunter Gilroy.

Springdale will send five Charger wrestlers to the state tournament, led by 120-pound regional champion Matthew Hess. Joining him in the Tacoma Dome will be Nicholas and Skyler Schurger, Bradlee Erickson, and Michael Small.