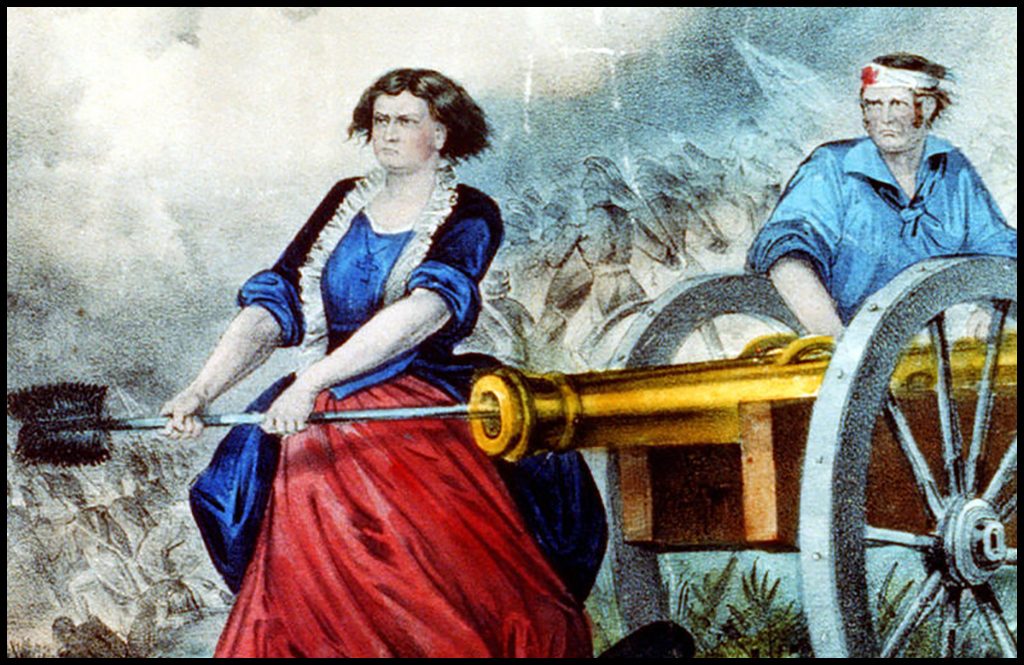 Hopefully everybody is enjoying themselves as the 4th of July swings into full gear. With our series of “Great Americans” we’re now turning our attention to the Revolutionary War Era. We’d like to feature Molly Pitcher, or rather Mary Ludwig Hays who fought in the Battle of Monmouth in June of 1778.

Hays was given the nickname of Molly Pitcher, as the history is still a little bit contested as some say there were other women that also earned the nickname Molly Pitcher at the battle. Mary Ludwig Gays, however, is generally believed to be the original Molly Pitcher althought there is a great deal of folklore around the woman.
Hays was born in 1744 in Trenton New Jersey and lived to be 87 years old, passing away in 1832.

In 1777, Mary Ludwig Hays joined her husband, William Hays in Valley Forge as he was enlisted in the 4th Pennsylvania Artillery unit. Hays along with other women would wash clothes and blankets while also caring for the sick and dying soldiers.

In 1887, as Baron Friedrich Wilhelm von Steuben trained men to be artillerymen, Mary Ludwig Hays and other women would carry water to the troops on the field. Artillerymen would need water to soak a sponge used to clean sparks and gunpowder out of the barrel after each shot. Therefore, troops would yell “Molly! Pitcher!” when they needed fresh water.

During the Battle of Monmouth in June of 1778, Mary Ludwig Hays tended to soldiers and when the battle started she spent much of the day carrying water to soldiers and artillerymen, often in heavy fire from British troops. During the battle William Hays collapsed from the heat or was wounded. Mary then took his place at the cannon and continued to swab and load the cannon.

According to folklore, one British musket ball or cannonball flew between her legs and tore off the bottom of her skirt.

According to the memoirs of Joseph Plumb Martin “A woman whose husband belonged to the artillery and who was then attached to a piece in the engagement, attended with her husband at the piece the whole time. While in the act of reaching a cartridge and having one of her feet as far before the other as she could step, a cannon shot from the enemy passed directly between her legs without doing any other damage than carrying away all the lower part of her petticoat. Looking at it with apparent unconcern, she observed that it was lucky it did not pass a little higher, for in that case it might have carried away something else, and continued her occupation.”

The British retreated during the night after the battle.

General George Washington asked about Hays whom he saw loading a cannon and commemorated her bravery and appointed her as a non-commissioned officer.

Mary Hays and William Hays went to Pennsylvania after the war and he passed away in 1786. Mary Hays would remarry and continued to live in Carlisle Pennsylvania until she died in 1832.