With the 4th of July just around the corner, and already a bevy of controversies floating around social media, we’d figure we’d do something different and just celebrate great Americans. We’ll be doing a bunch of short features on countrymen and women who did great things in history. We’re kicking things off on July 3 because we haven’t left the office yet for a BBQ. Our first feature is on a man who was the first human ever to set foot on the moon, recently passed Neil Armstrong. 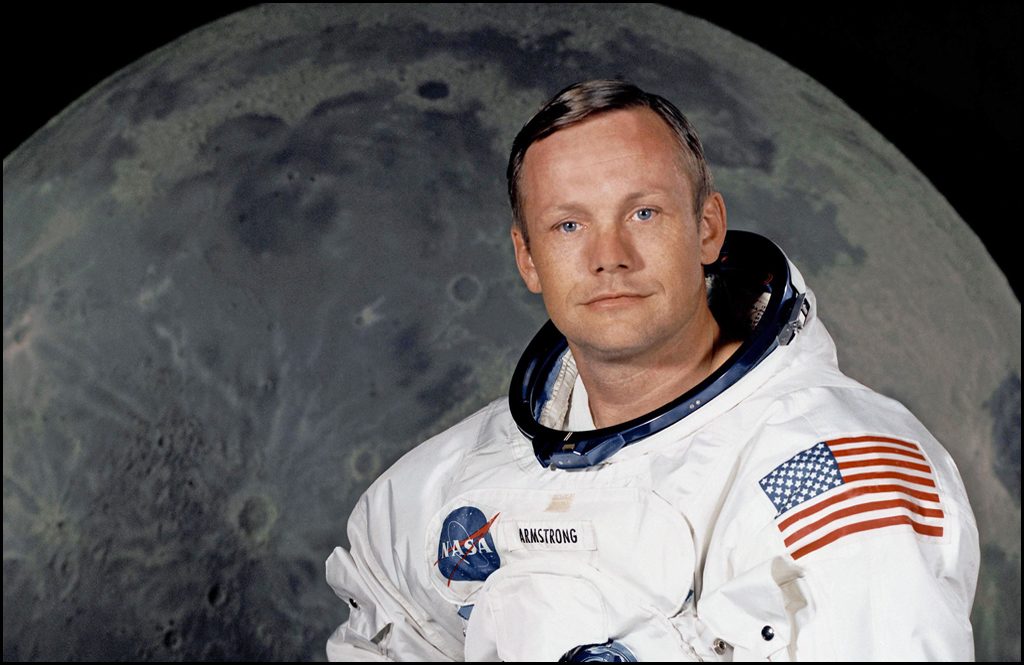 It’s easy to see the first man on the moon as something of a legend that exists in a vacuum, namely since he walked out in the vacuum of space.

But Neil had a decidedly American story. Born during the Great Depression, Armstrong was too young to fight in WW2 but would end up almost seeing a flight to the moon cut short over the skies of Korea.

Neil Alden Armstrong was born in 1930 in Wapakoneta, Ohio and would earn the rank of Eagle Scout before also graduating from Purdue University thanks to the tuition being paid the US Navy. He then became a naval aviation and saw action flying a Grumman F9F Panther in the Korean War.

In 1951, he was hit by anti-aircraft fire and had to bail out from his plane. After the war, he left the Navy and became a test pilot and flew the North American X-15 rocket-powered aircraft seven time (The Chewelah Independent can attest that this plane was utterly insane). He joined NASA’s Astronaut Corps in 1962 and went up in space as command pilot of Gemini 8. Heralded as NASA’s first civilian in space, Armstrong performed the first docking of two spacecrafts but a stuck thruster nearly caused the mission to end in the spinning death of Armstrong and pilot David Scott.

Armstrong would fly again in the most important space mission in US History, Apollo 11 in 1969. With the objective of safely landing on the moon, Armstrong had to manually land the lunar module after the original landing spot proved to be a field of boulders.

With fuel draining from the lunar module, Armstrong landed on the moon with about 40 seconds left before the craft would have to abort.

Armstrong announced the landing to Mission Control and the world with the words, “Houston, Tranquility Base here. The Eagle has landed.”

The first man off the lunar module to walk on the surface of the moon, Armstrong said “That’s one small step for [a] man, one giant leap for mankind.”

The astronaut later admitted he thought the chances of landing on the moon were 50-50 and he came up with the words just prior to opening the hatch on the lunar module.

An estimated 530 million people watched Armstrong and Buzz Aldrin walk on the moon, 20 percent of the world’s population at the time.

After returning to Earth, Armstrong stepped down from being an astronaut and accepted a teaching position at the University of Cincinnati. He also served on the commission that investigated the aborted Apollo 13 lunar landing in 1970, and on the commission investigating the destruction of the Space Shuttle Challenger in 1986.

Armstrong was also a spokesman for Chrysler and other American companies while also serving on the board of directors for several companies.

In 1985, he was part of professional expedition to the North Pole.

Armstrong was largely considered a recluse in his later years of life when it came to appearances in public. According to John Glenn, the first American to orbit Earth “Armstrong didn’t feel that he should be out huckstering himself. He was a humble person, and that’s the way he remained after his lunar flight as well as before.”

Armstrong passed away in 2012 after a bypass surgery which resulted in complications. Armstrong was remembered by many as a true American hero.