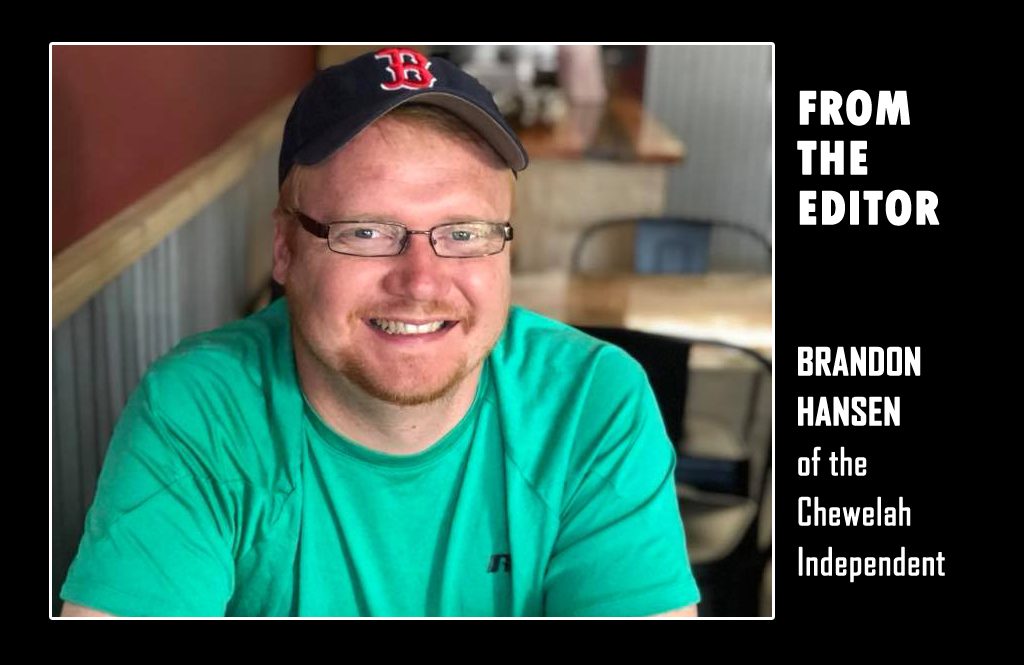 During the pandemic, social media has been… interesting. Arguments are apparently still allowed by the State of Washington for now and people have gotten into a lot of them.

But I’ve noticed many of them are unnecessary or last way too long. Since we’re not face-to-face, it’s easy to get heated behind a keyboard. So, before your blood pressure becomes deadlier than COVID, ask yourself these questions to see if it’s worth it to get in a Facebook argument.

DOES THIS PERSONALLY AFFECT MY WELL-BEING AND LIFE?
I’ve heard reports by people I know that they were accosted for wearing a facemask. I dunno, maybe the masks help broadcast 5G or something. Ask yourself before you get in an argument or social confrontation, “Does this personally affect me?” Since we live out in the middle of Eastern Washington, where everybody has about eight square miles to themselves, the number of things that other people do that directly affect you are less numerous than oceans and NBA basketball teams out here.

IS NAME-CALLING REALLY NECESSARY?
I am sure you are very passionate about the sign-making abilities of people holding the Re-Open movement, but is it worth it calling a 75-year-old woman on Facebook a horrible name? Does that make you feel good? Do you think other people are like, “Good for that commenter, I prefer calling senior citizens horrible names as well! Bravo!” Usually name-calling happens when you have no other avenue to go down and are grasping at straws to present your own argument.

IS THIS PERSON’S DIFFERING OPINION REALLY WORTH A HEATED ARGUMENT?
It amazes me how much time people have to argue on Facebook. Doesn’t anyone have jobs anymore? Perhaps some kids to look after? Our library district has a wide variety of audio books you can listen to. The Quartzite Mountain trail the Boy Scouts maintain takes up a good morning and is a great workout. It’s getting beautiful outside. They just re-opened fishing, hunting and camping. Perhaps our limited time on this planet could be spent not arguing with random person No. 5 on the Independent’s Facebook page about the nuances of the state’s stance on throwing fish in fish markets regulations. You’re not going to change their mind even if you write a paragraph, and nobody gets paid for winning a Facebook argument.
And frankly, there are always going to be different viewpoints. I, for example, am a Star Wars fan. I know there are lots of people out there who do not like Star Wars. That’s fine, their lack of enjoyment does not take away from my own enjoyment. We can both cohabitate this planet without an MMA fight on Facebook.

DO YOU KNOW EVERYTHING?
Being a journalist means you know a little bit about a lot of things. It’s the worst. Seriously, this job has given me the worst case of an attention deficit disorder. But one thing it has taught me is I don’t know anything. So before diving into a heated argument, ask yourself, do you really know for sure about a certain topic so you can deliver The Rock’s “People’s Elbow” on somebody’s post about how Carole Baskin is a nice lady?
To not know is human. So you don’t have to argue every single point, take every D-Day-like beachhead on in community Facebook groups and never, ever back down or further examine your beliefs.

IS IT POSSIBLE THERE ARE TRUTHS TO EACH VIEWPOINT?
I mean, God forbid BOTH SIDES are right about a certain topic. That would be anarchy, I tell you, ANARCHY!

CAN I DISAGREE WITH THIS PERSON AND STILL BE FRIENDS?
Yes is the answer 99 percent of the time because as we’ve said before most people have nil impact on your life. Except for New York Yankees fans. They are the worst.

IS IT POSSIBLE SOCIAL MEDIA IS A TERRIBLE FORM OF COMMUNICATION COMPARED TO PERSON-TO-PERSON CONTACT?
I’ve noticed that people still aren’t nearly as heated if they talk in person. You get much more from a face-to-face conversation including visual cues, voice tone and their posture. Sarcasm and humor never get translated well. “Thanks Obama for COVID!” said by a person with a wink, grin and a beer as they nearly break up laughing from their comment, that translates much better than just the text. So before you start arguing, ask yourself if perhaps you missed something in the comment.

SHOULD I JUST TALK TO THIS PERSON FACE-TO-FACE?
I know it’s a little more difficult now since we’re all supposed to be re-enacting the movie “The Martian” in our own living room, but boy-howdy, just talking to someone and getting their full side of things is 99 percent better than having a public duke-out session. Most people have common goals and truths – a lot more than we give people credit for – just not on Facebook.

COULD IT BE THE ARTICLE WE’RE COMMENTING ON IS INTENDED TO JUST RILE PEOPLE UP?
How many websites go for outrage instead of facts or just community good these days? Be aware, a lot of online personalities try to rile people up on purpose. They get the clicks and the likes for the ad revenue, and you get a half-hour of yelling at your neighbor.

I will say I am guilty of not asking myself these questions. Some family members can attest to this. However, a recent post by a local official saying that what is lacking in most Facebook posts these days is humility, and that crystallized our polarization issue on social media perfectly. Nobody can be humble in these forums of communication, and the end result is WW3 over the most trite and smallest of details.