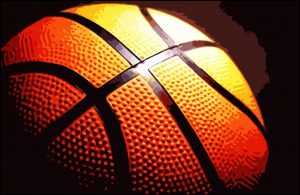 The Kettle Falls Bulldogs left themselves a bit more breathing room as they rolled to another victory and improved to 3-0 on the year.

Winners of their first two games by a single bucket in each, the Bulldogs (3-0) stormed out to a big first half lead and carried it home in the second half, beating Curlew on the road 70-58.

Kettle Falls built up a solid 35-22 lead in the first half with a combination of good offense and defense against the Panthers (0-1). The second half proved a little more challenging, but the Bulldogs never broke en route to the win.

Mya Edwards put on a show for the Bulldogs, scoring 33 points, while Jocelyn Glover added nine and Zarah Johnson had eight to lead the team.

Next up for the Bulldogs is a home game with Deer Park Dec. 12 starting at 6 p.m.

Hunters couldn’t overcome a sluggish start to open the season Friday night, eventually falling to the visitors from Wilbur-Creston 56-25.

The Wildcats came out firing in the opening half, putting up 17 in each quarter to take the lead into halftime. However, the Lions came out roaring in the second half to try and make it a game, outscoring the visiting team in the fourth quarter to keep the game from getting too far out of hand.

While the second half performance wasn’t enough to erase the deficit, it did show the Lions (0-1) have plenty of fight in them and gives them some momentum to build on as they move further into the season.

Lexi Nelson had a game high 14 points despite the loss for the Lions, and Precious Ruballo chipped in three more.

Hunters has a quick turnaround with another game Dec. 7 at Almira-Coulee-Hartline beginning at 4:30 p.m.