The Chewelah Independent gleefully displayed the U.S. Army’s Davy Crockett system in a 1960 edition of its paper. Featuring photos and a caption, it showed off the portable nuke or conventional weapons launcher that U.S. troops could have used in frontline action against the Soviets and North Koreans. 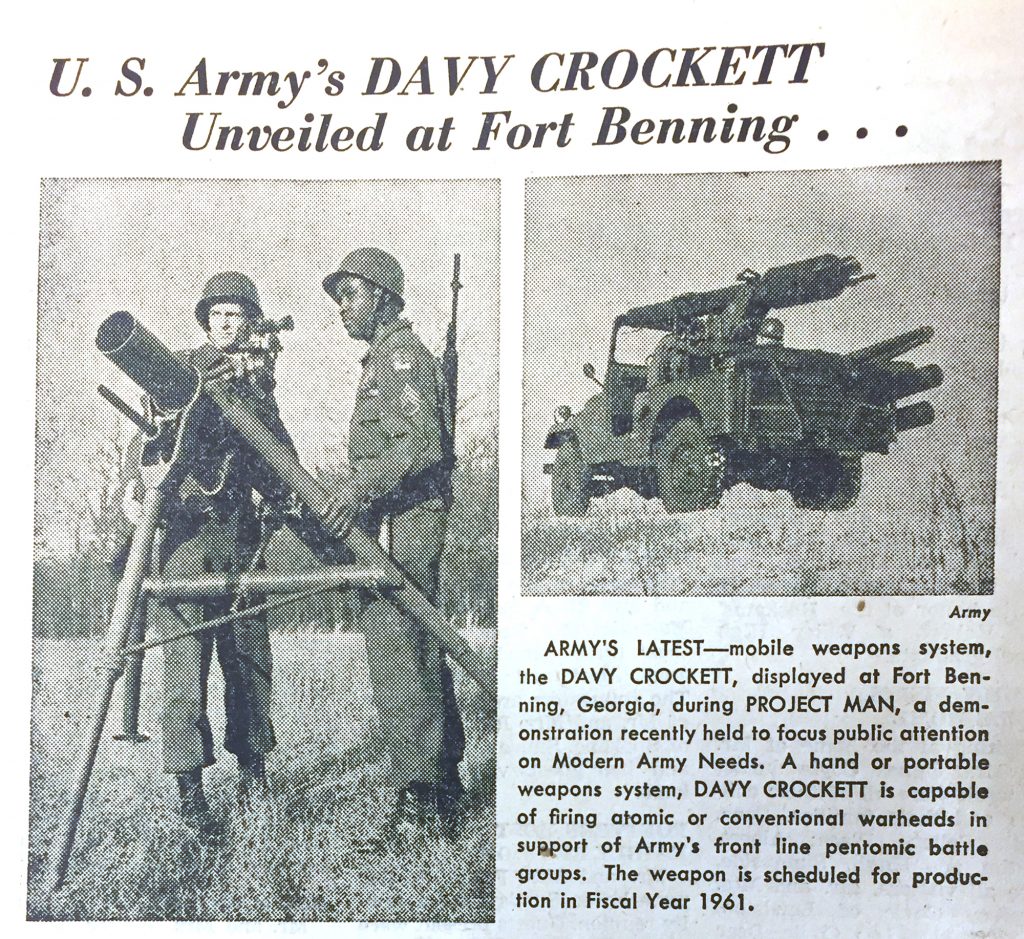 The M-29 Davy Crockett Weapon System could launch a M-388 nuclear projectile with a yield of 10 and 20 tons of TNT. It was one of the smallest nuclear weapon systems ever made and had a firing range of 2.5 miles – which was probably much appreciated by the troops.

The Davy Crockett recoil-less gun was made for use against Soviet and North Korean armored units. The M-388 warhead weighed about 51 pounds. The M-388 could be launched from the Crockett’s tripod or launcher mounted on a jeep. It was operated by a five man crew.

However, there were issues. The guns had poor accuracy, which is a problem when dealing with nukes. There was also an extreme radiation hazard and would instantly give a lethal dose of radiation within a quarter mile of where it was detonated. It also did not have an abort function.

Production on the Crocketts began in 1958 and units using the weapon were deactivated in 1968.