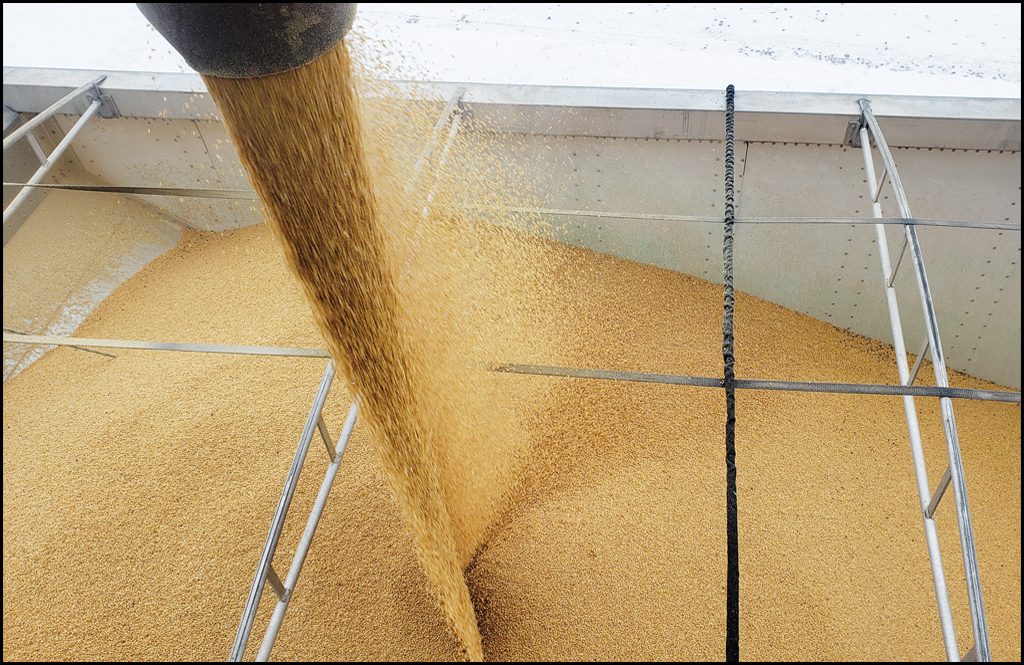 This organic grain was loaded onto railcarts at the grain elevators in Kettle Falls. It was the first organic grain railcart load to leave Stevens County. (Red Bridge Farms photo)

Veteran Brad Murphy and his family purchased the grain elevators along with the facilities for his feed mill and store in Kettle Falls in December of 2017. Located on the railroad tracks in Kettle Falls, little did Murphy know the potential niche he was sitting on for farmers in the region.

“He said it was just a cover crop for the organic wheat he was growing,” Murphy said. “He said he had 15,000 bushels of organic grain and was looking for a buyer.”

Around that time, the railroad changed hands, and Murphy was approached by the railroad looking to do business with Red Bridge at the Kettle Falls Elevator. That’s when Murphy learned that the organic grain market was becoming very lucrative.

“Very few farmers are growing organic grains in the country, a lot of grain buyers are importing it from other countries,” Murphy said.

He added there is a market for organic grains such as soft white wheat, hard red wheat, dark northern spring wheat, barley, oats, canola, camelina, flax and peas along with “ancient grains.”

Murphy found a buyer for McClain’s grain, and they filled up four rail cars full. Since then, buyers are coming to Murphy to see if they can buy more organic grains from farmers in our region.

The problem is, with the exception of McClain, no one else in the area is growing organic grain.

So Murphy and Nils Johnson are working on an Organic Grain Growers Summit to raise awareness of this emerging market.

Even Murphy’s own farm feed products use non-GMO products and they’re getting more requests to produce a line of organic feed. He is hoping he can start his own organic line through local farms. 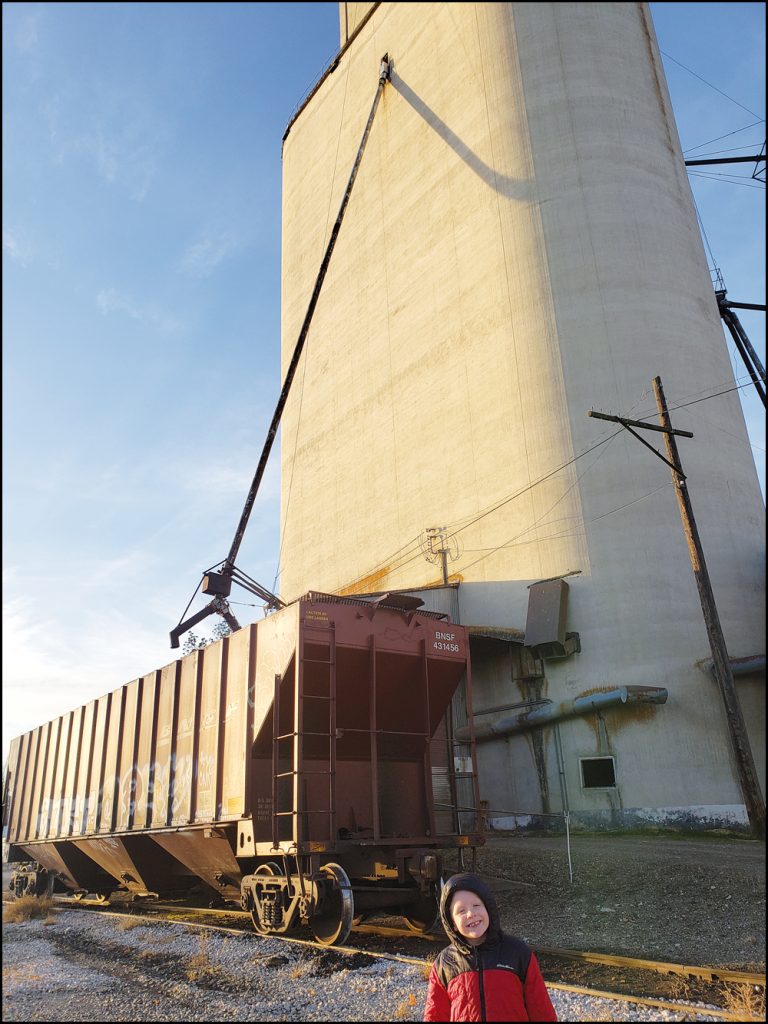 Colby Murphy of Red Bridge Farm stands in front of the first organic grain railcart heading out of the county. (Courtesy photo)

“Some farmers have told me that organic farming seems like hippie stuff,” Murphy said. “But those hippies are getting paid.”

“For example, I need to sell my pasture raised non-GMO chickens for a decent price, at $5 a pound, in order for my family farm to make a profit while Walmart can sell standard chickens for 99 cents per pound. The Chickens are very different in taste and quality and the customer is willing to pay more for the better product. Farmers changing to organic practices are adding certified value to their products, which demand better prices. ,” Murphy said.

The advantage of going organic, is there is a market demand for the product. While Stevens County, nestled between rivers and mountain ranges, is full of smaller farms that couldn’t compete directly with large Palouse farms with thousands of acres, Murphy said they would be perfectly suited for organic farming that commands a higher price point.

“The USDA has also done studies that show there was no real cost increase to change practices from conventional farming to organic farming,” Murphy added.

Organic farming means there is essentially no chemical inputs on the crop, including herbicides and pesticides. Farmers will disk fields more often to take care of fields and will use cover crops instead of leaving a field fallow.

With the grain elavator’s proximity to the railroad, Murphy can offer a new outlet to the market. With some farmers willing to grow product but not knowing where to take, Murphy now offers a location that is time and cost effective.

“Ron was selling his product to Eugene OR, having it trucked down there, but we were able to do it at less cost,” Murphy said. “We shipped out the first railcar of organic wheat ever in Stevens County, so it’s not theory, we’ve sold wheat and since doing that, buyers keep calling me.”

While farmers tend to do what has always worked for them, Murphy is hoping he can provide information about organic farming at the Organic Grain Growers Summit at the WSU Stevens County Extension in Colville on January 24 from 9:30-4:30 p.m.

“We could change agriculture in our area,” Murphy said. “It could be way more profitable since nobody is growing it right now.”

WSU Stevens County Extension’s Nils Johnson has been invaluable in setting this event up, Murphy said. Back Yard Barbeque from Kettle Falls will provide lunch.

“Everybody will get the information on organic farming from A to Z,” Murphy said.

The grain elevator in Kettle Falls has eight compartments, and Murphy estimates he could hold a half million bushells.

For more info, you can go  https://extension.wsu.edu/stevens/