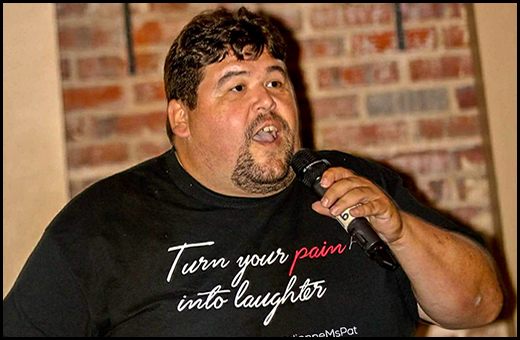 For years, Mark Morris has been cracking jokes to anyone who will listen. Now he’s getting paid for it.

A truck driver by day, Morris performed at an open mic in 2016 on his 44th birthday as a bucket list item and instantly fell in love.

“After the first open mic, I caught the bug and I’ve performed at open mics and showcases every chance I’ve gotten—from then until now,” Morris said in a phone interview with The Easterner.

In May 2017—less than a year on the comedy scene—Morris started hosting a free monthly showcase at The Buzz Pizzeria, Bar & Lounge in Spokane.

Around the same time, Morris began hosting a comedy night at the Harvest Moon Restaurant in Rockford—a show that had steady attendance, but ended last month due to a change in the establishment’s ownership, according to Morris. Click here for the full story.

‹ L&I seeks input on latest proposal to change overtime rules in our state › THE LEAD: Basketball season begins today for the Chewelah Cougars, GM to slash 14,700 jobs in North America and hard questions being asked about Avista sale to Canadian company