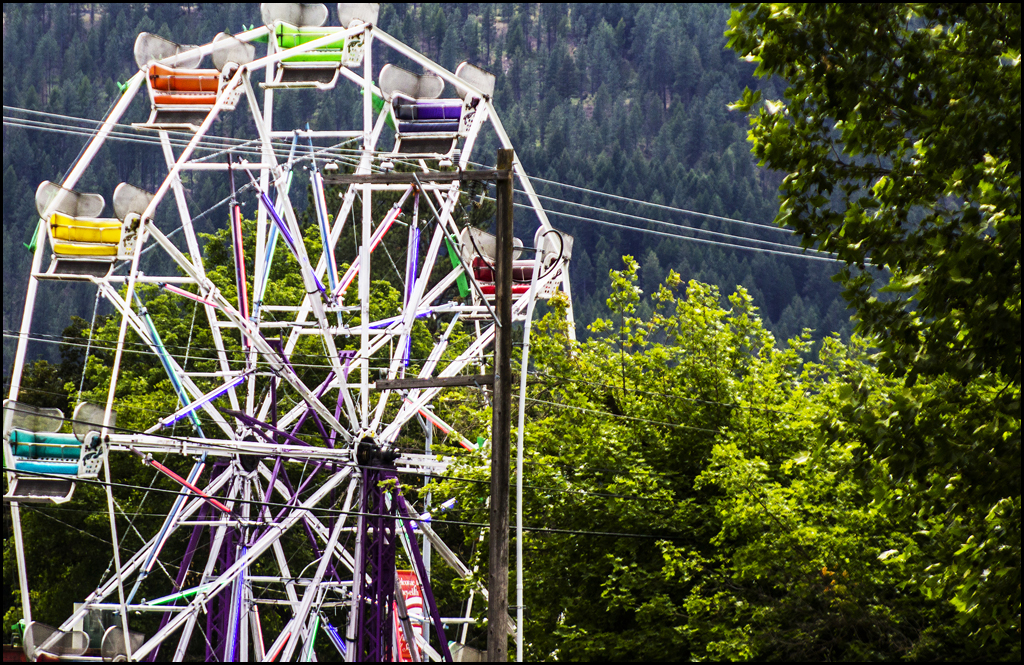 “They say that all good things must end some day,” as Chad and Jeremy sang back in the 1960s.

Chataqua has become one of those good things that has come to an abrupt end. After a 42-year run, Community Celebrations unanimously voted at last Tuesday’s meeting that they could no longer host the annual community event, stating that they do not have the energy or the manpower to continue Chataqua.

Planning and presenting a four-day summer event is both time-consuming and exhausting. Over the past several years, Community Celebrations has requested help with the event from local clubs, organizations, and individuals. However, with few people volunteering to serve on the 17 permanent committees that meet monthly throughout the year, members of the organization have had to take responsibility for up to four committees, often without any help.

The group’s volunteers have also been faced with the uncertainty of planning a large event in the face of the COVID pandemic and the uncertainty of being able to host a carnival, one of the events major attractions, in light of new electrical code requirements that would have required the carnival to substantially downsize or move entirely.
Community Celebrations was officially organized in 1975 to provide a summer event to replace Magnesite Days, which was held in the business district of town and sponsored by the Northwest Magnesite Company. The closing of the magnesite plant in 1968 left a void that local organizers sought to fill. First, with the nation’s bicentennial being celebrated in 1976, this group set out to provide a community event to celebrate. They named their organization Community Celebrations and planned the two-year party which was named the Bison-tennial.

Community Celebrations continued as a local organization and discovered other local events to celebrate. In 1977, the group commemorated the 100th anniversary of the chartering of the Chewelah Post Office, which also gave the town an official name. It was called the Chewelah Centennial.

In 1978, the name Chataqua was selected for the annual summer celebration. The name was suggested by one of the group’s members who noted that the local event somewhat resembled the historic Chautauqua presentations that began at Chautauqua Lake in New York back in the 1870s. These events were held in an outdoor setting under tents where the public could attend lectures, concerts, performances, and the demonstration of skills and new inventions. Community Celebrations simplified the spelling to Chataqua to make it easier to pronounce.

In 1978, Chataqua was moved to the city park, where food and entertainment was provided to the community. A makeshift stage was put together and bleachers were brought over from the football field for seating, although many people chose to bring a blanket and sit in the shade. Food booths were provided by local businesses.
Community Celebrations helped bring Chewelah back to life after the closing of the magnesite plant and quarry operations put so many citizens out of work and left little to be celebrated.

As attendance continued to increase, the need for a permanent outdoor stage was obvious. In 1981, Community Celebrations, working with the City of Chewelah, funded and completed the first phase of an outdoor pavilion. In 1984, the CenterStage Pavilion was completed and dedicated to the City of Chewelah. Permanent seating was the next phase, and local contractors Tom and John Steinbach engineered and constructed cement seating for 800 spectators.

As the momentum continued to build, Community Celebrations added other local events to its calendar such as Music on the Mountain, the Festival of Lights, Breakfast with Santa, the Halloween Parade (now Boo Fest), Honored Citizen, and several others.

One of the goals of Community Celebrations over the years was to provide a theatre for Chewelah.

The organization formed a committee to find a building that could be converted into a theatre. That committee later morphed into Chewelah Performing and Cultural Arts (PACA), which is now fulfilling the dream of Liz Riley with the purchase and renovation of the old armory building into the Chewelah Center for the Arts.

Thankfully, other organizations have begun sponsoring community events and activities. Up until the beginning of the coronavirus quarantining, there was nearly an event every weekend hosted by a variety of groups. The members of Community Celebrations will continue to attend and support these activities. Community Celebrations thanks the City of Chewelah and all the people who have contributed to the success of Chataqua over the past four decades, and hopes that another town event will replace it in the future.