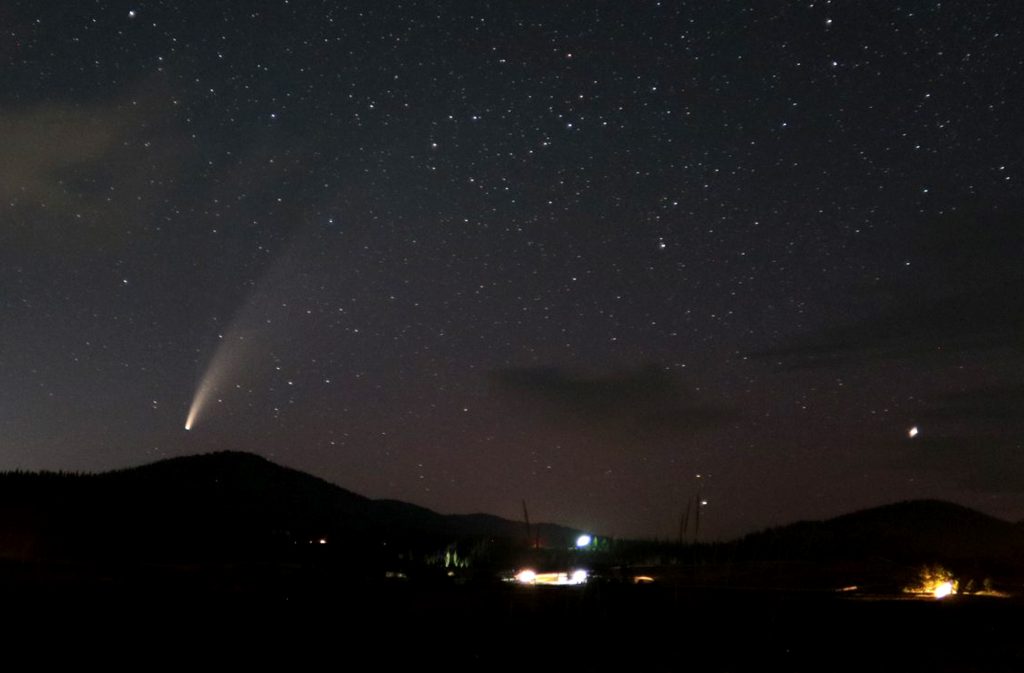 The NEOWISE Comet can be seen above Chewelah. (Photo by KS Brooks)

COMET PASSES BY SUN: NEOWISE Comet can be seen with the naked eye in low light settings…

It is an event that happens once every 6,800 years. The NEOWISE comet is currently streaking through our solar system and will be visible to the naked eye under dark skies for the rest of July.

This visible comet was discovered relatively shortly before it appeared our our skies. It was spotted by a team using the NEOWISE space telescope on March 27, 2020 and is has since made its closest approach to the sun on July 3 and is on an exit journey to the solar system’s farthest reaches. This is the brightest comet visible from Earth since the Hale Bopp comet in 1997 and has been getting closer and brighter in the Earth’s northern hemisphere.

For those in Stevens County hoping to catch a glimpse of the comet, you’re going to have to try and get away from city lights and find an open, clear location with an unobstructed view of the northwest horizon. The NEOWISE comet is usually visible about 45 minutes after sunset. It’s still a little light out even at 10 p.m. so wait until at least 10:30 p.m. to start looking for it.

There are two tails on the comet, including the blue one made up of gas and ions along with some red seperation it it because of sodium. The second, golden tail, is made up of dust. 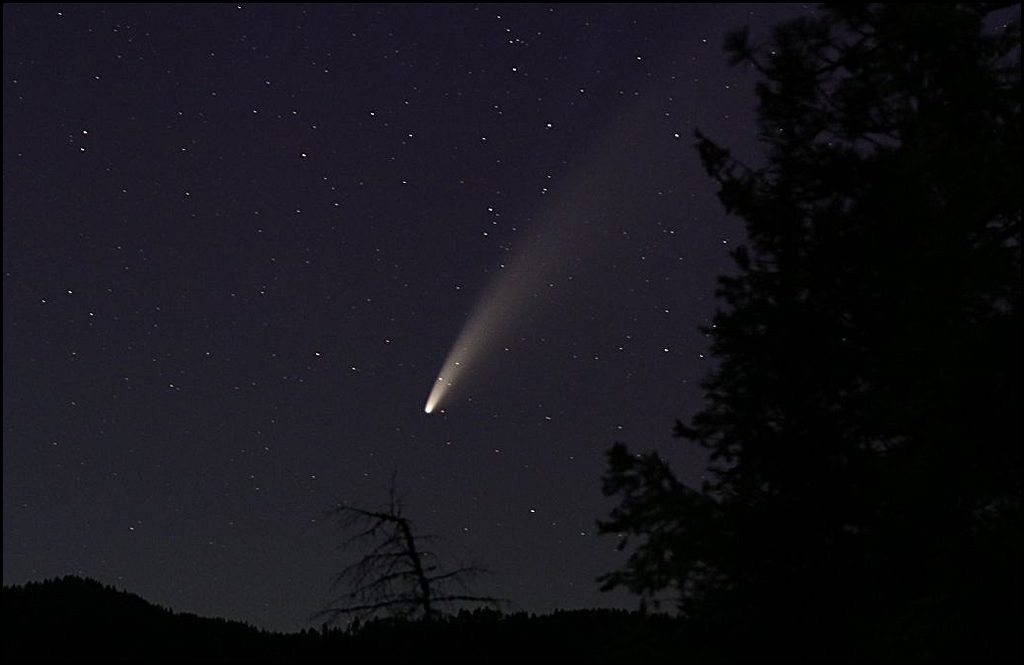 When you can cut out the light from the city, the NEOWISE Comet is very visible even to the naked eye. (KS Brooks photo)

To the naked eye, the NEOWISE Comet will look like a fuzzy star with a bit of a tail. You can get a much better view of the comet and the tail with binoculars or a small telescope.

While it is 2020 and everything else is going crazy, the comet is not some habringer of doom. The NEOWISE Comet is 70 million miles from Earth or about three-quarters the distance from the Earth to the sun. Scientists say it poses no threat to our planet. The comet is estimated to be three miles across, comprised half of water and half dust.

It’s extremely elliptical orbit means we wont be seeing this comet for sometime – nearly 7,000 years – before it comes back around. That’s not because it’s moving slow, the comet is actually moving at about 40 miles per second or 144,000 miles per hour. 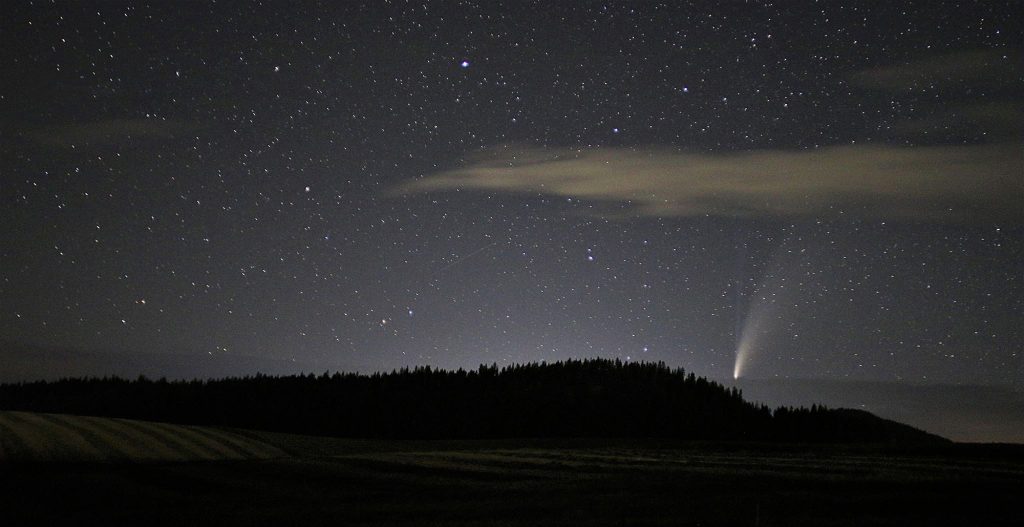 The NEOWISE Comet will be visible for all of July in the Northern Hemisphere. (KS Brooks photo)

‹ FACT CHECK: No, you can’t sign up for $2,000 federal aid every month › Borders with Canada, Mexico will be closed to non-essential travel until at least Aug. 21