High up above Chewelah, several local youth practice and then represent 49 Degrees North in area races. The 49 Degrees North FAST team, does just that: they go fast.
Currently, six athletes race for coach Tommy Higley, and the team practices twice a week, while competing in one race a month. Typically, these are kids from Chewelah and Colville, although sometimes Spokane kids do compete on the team.

“I think that is pretty representative of 49 Degrees North as a whole as my impression has been that 49 Degrees North is very much a locals’ mountain and super-important to the community,” Higley said.

There have been several trips to the podium this year so far. While Higley was the lone returning coach from last year, this group has skied together well and has similar goals as competitors.

“I think that all of the kids are standing out in different ways,” Higley said. “Each are in their own spot as far as their progression as a skier and they have all improved in leaps and bounds from where they were at the start of the season and I think that is a testament to their work ethic.”

“It definitely takes some getting used to,” Higley said. “You learn to ski turning wherever you want and it’s a strange transition going to turning in very specific points. Also as the kids progress to more advanced levels, very small changes in timing and technique can significantly influence their times.”

Higley added that once skiers have a nice skill base, the FAST team is a great way to learn proper technique and develops a young skier in a positive direction. 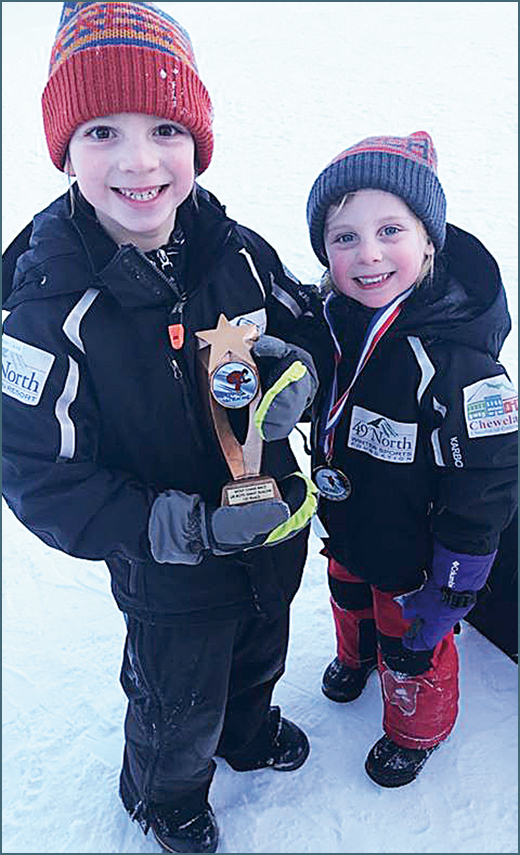 “As a team we also encourage people who are curious to go ahead and run some gates with us if you see us up training and ski around with us to sort of get an idea for what we do,” Higley said. “Our main goal is to build the sport in the area and the best way to do that is to expose people to what we do up there on the slopes.”

At the Schweitzer competition in January, Teddy Graves placed third in the U8 Giant Slalom race, while Six also placed third.

So if you have an interested young skier, there are many oppourtunities to become involved with the FAST team.

“Our team is ran through the 49 Degrees North Ski School and so if you go into the office at the ski school you can sign up for the team and there is also information about the team on the 49° Degrees North website (ski49n.com).”