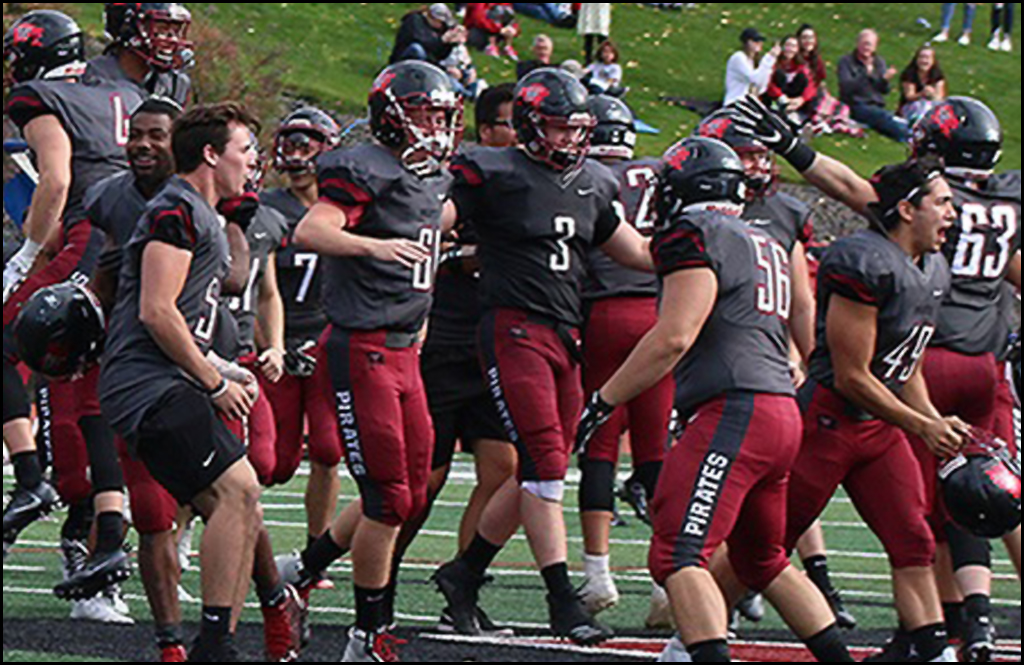 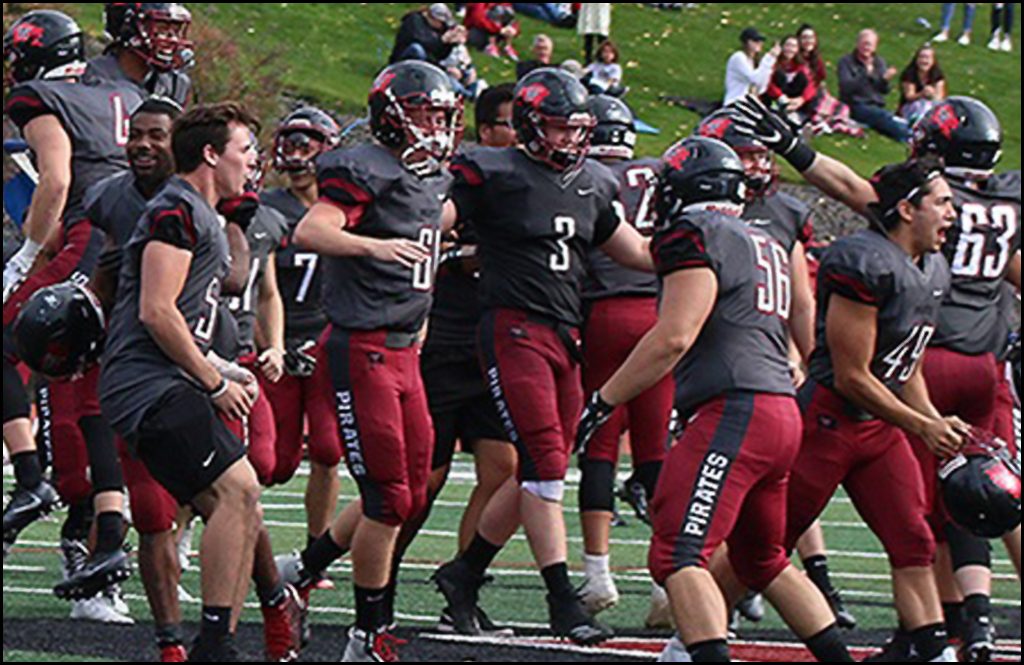 After going undefeated during the regular season for just the fifth time in school history, the tenth ranked Whitworth Pirates fell in the second round of the Division III college football playoffs to the third ranked St. John’s Johnnies out of Minn. to end their 2018 season.

This year the Pirates look for a return to the playoffs and eye a deeper run toward a championship.

The Pirates, whose 2018 season matched their best finish ever, begin 2019 ranked just on the cusp of the top 10 in Division III at No. 11 and have expectations for this season to surpass last year’s success.

“The best thing about our 2019 off-season is that I sensed a real deep-seated drive to not be satisfied,” Head Coach Rod Sandberg said in an off-season recap on Whitworth’s football page,  “Coming off a championship season, it is human nature to think that you have arrived, or to relax, or to lose the hunger to do whatever it takes to climb to the top. There was none of that.  We had our best, most focused, and intense off-season since I have been here.”

Twelve starters return in 2019 to defend their Northwest League title, five on offense and seven on defense, including All-League Quarterback Leif Ericksen, a senior this year, and senior Tight End Anthony Ruiz, who garnered honorable mention All-League honors in 2018.

Linebacker will be the strength of the defensive side, with senior Kale Wong and juniors Jaylen Gonzales and Iain Black all returning from all-conference performances in 2018. Wong and Gonzales both garnered first-team league honors, while Black was an honorable mention league honoree.

Sophomore Colton Chelin pairs up with senior Zach Hillman as starters in the defensive backfield, where Chelin earned accolades as the league Freshman of the year and honorable mention league honors.

The team is lead by Sandberg, who will look to continue his strong coaching success as he enters his sixth season at the helm, holding a career record of 41 wins against just 11 losses.

Whitworth’s season kicks off on the road Sept. 7 with a matchup against the La Verne Leopards out of California.