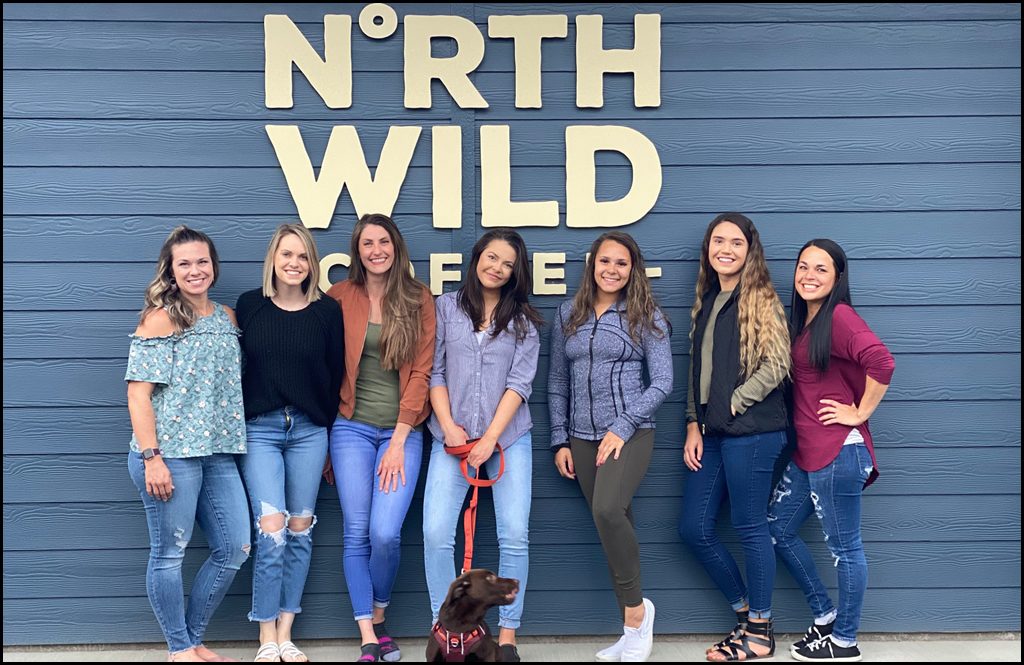 Chewelah graduate Morgan Henderson had always wanted to start her own business. Having worked in the coffee industry for 12 years, she had grown to love building relationships with customers.

“The coffee industry has an amazing culture, and endless knowledge to perfect the craft,” Henderson said. “I love building relationships with the customers. Anyone who works in hospitality knows you make a lifetime of friends and some you end up considering family.”

Henderson started at Java Jazz in Chewelah, which is now Rozy’z, working for Peggy Richmond at age 15. END_OF_DOCUMENT_TOKEN_TO_BE_REPLACED 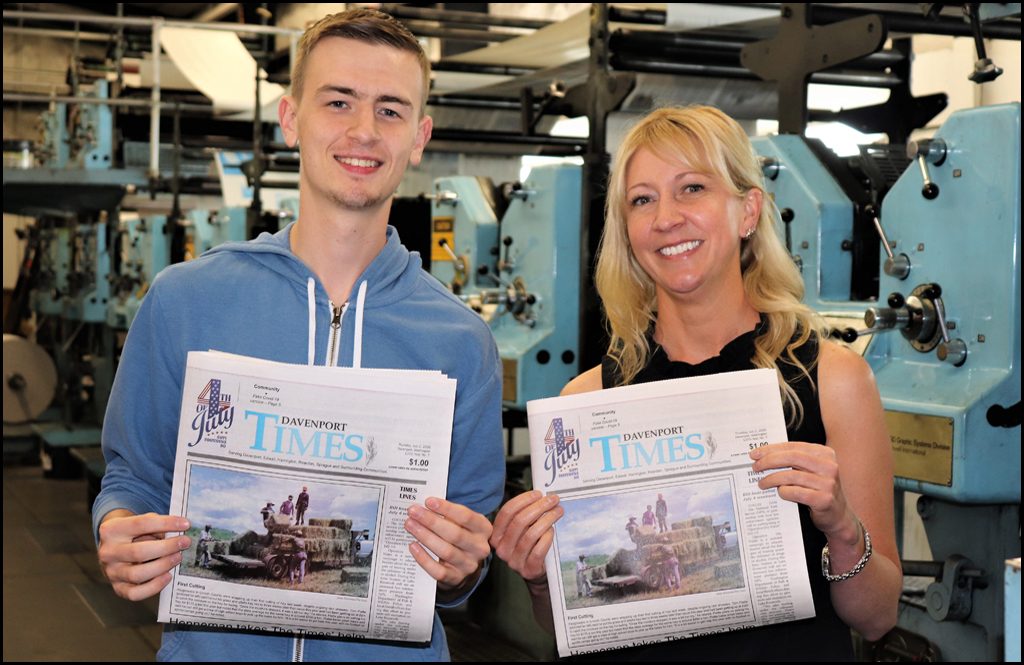 A longtime Eastern Washington journalist has been selected as the new editor of The Davenport Times.

Jamie Henneman of Addy said she is enthusiastic about joining The Times and serving Lincoln County.

“I have a strong commitment to ensuring our rural communities in Eastern Washington have a voice,” Henneman said. “I have been so fortunate to share the stories of the resiliency and grit of Eastern Washington’s towns and farms and ranches in my work. We have something special here and it is a pleasure to share that through my writing.”

“Jamie’s rural roots and her experience make her an ideal editor for The Davenport Times,” Publisher Roger Harnack said. “In addition to her print publication experience, she’s also knowledgeable about digital and social media platforms, which will be key to securing The Times’ future for years to come.” END_OF_DOCUMENT_TOKEN_TO_BE_REPLACED 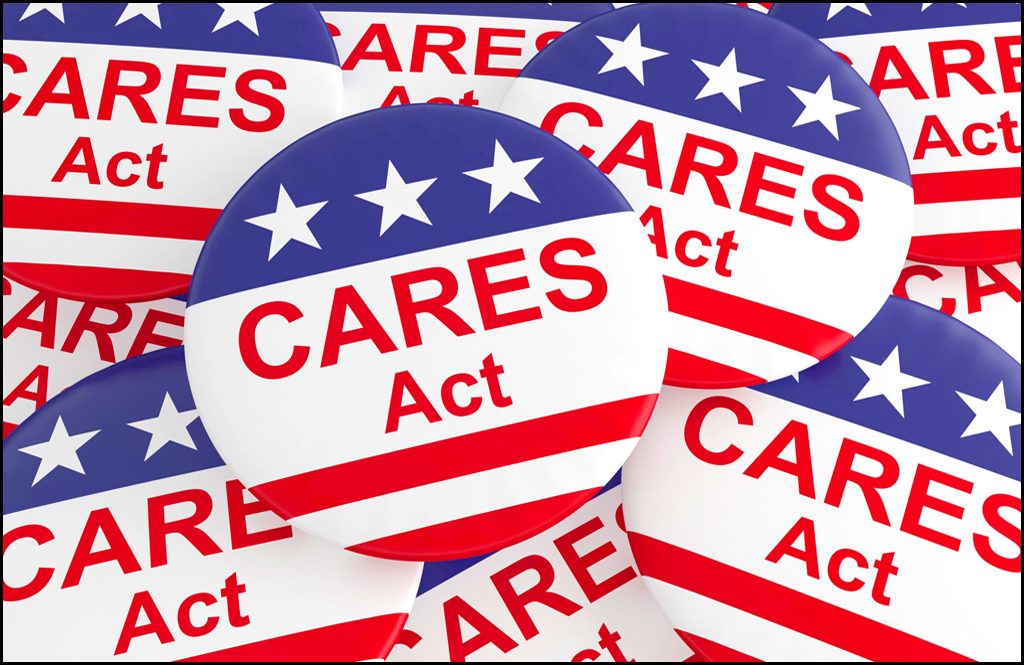 Stevens County has committed up to $1,000,000 for small business assistance…

Tri County Economic Development District (TEDD) is partnering with Stevens County to administer a Small Business Stabilization Grant program made possible by federal Coronavirus Aid, Relief and Economic Security (CARES) Act funding. The County has committed up to $1,000,000 for small business assistance that will be distributed in the form of grants of up to $10,000, and will be awarded to local businesses that have been impacted by the COVID-19 pandemic. “The Stevens County Commissioners are very concerned for the local economy and have partnered with TEDD to offer this grant, which will provide much needed support to businesses throughout the county” commented TEDD Executive Director Jeff Koffel. END_OF_DOCUMENT_TOKEN_TO_BE_REPLACED 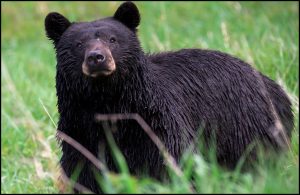 According to the WDFW website, black bears are the most common and widely distributed bears in North America. As human populations encroach on bear habitat – which probably is a good chunk of NE Washington regardless – people and bears have greater chances of encountering each other. Bears usually avoid people and run away but when they do come into close proximity of each other, the bear’s strength and surprising speed make it potentially dangerous. END_OF_DOCUMENT_TOKEN_TO_BE_REPLACED 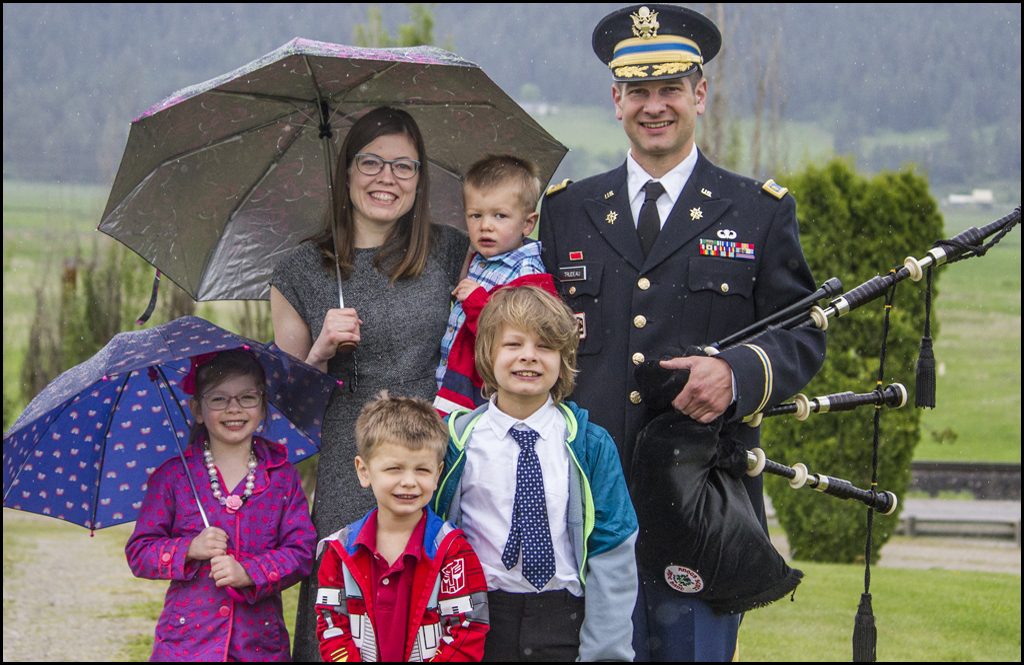 The Trudeau family poses for this photo after the Memorial Day 2020 ceremony at Chewelah Memorial Cemetery. Joe Trudeau will be deploying to the Middle East for a year as a major in the Army National Guard. He will serving as part of Operation Inherent Resolve. (Brandon Hansen photo)

SERVING HIS COUNTRY: Trudeau deploying for a year in the Middle East, second such deployment by Army National Guard Major…

Waitts Lake resident Joe Trudeau’s days are usually spent teaching music to students at Jenkins Junior Senior High School while also raising a family of four with his wife Kellie. Life will be different this next year as Trudeau, a major in the Army National Guard, will be deployed to the Middle East as part of Operation Inherent Resolve.
“I don’t think some people even realize that Joe is in the Army National Guard,” Kellie Trudeau said.

While usually clad in a Hawaiian shirt on less than formal occasions, the multi-talented teacher will be trading his bagpipes for a uniform starting this Fall.

This is the second time that Trudeau has been deployed in his 17 years with the Army National Guard. The first time was in 2008 when Trudeau had just began teaching at Jenkins Junior Senior High School. END_OF_DOCUMENT_TOKEN_TO_BE_REPLACED

The essentials to hiking Quartzite Mountain 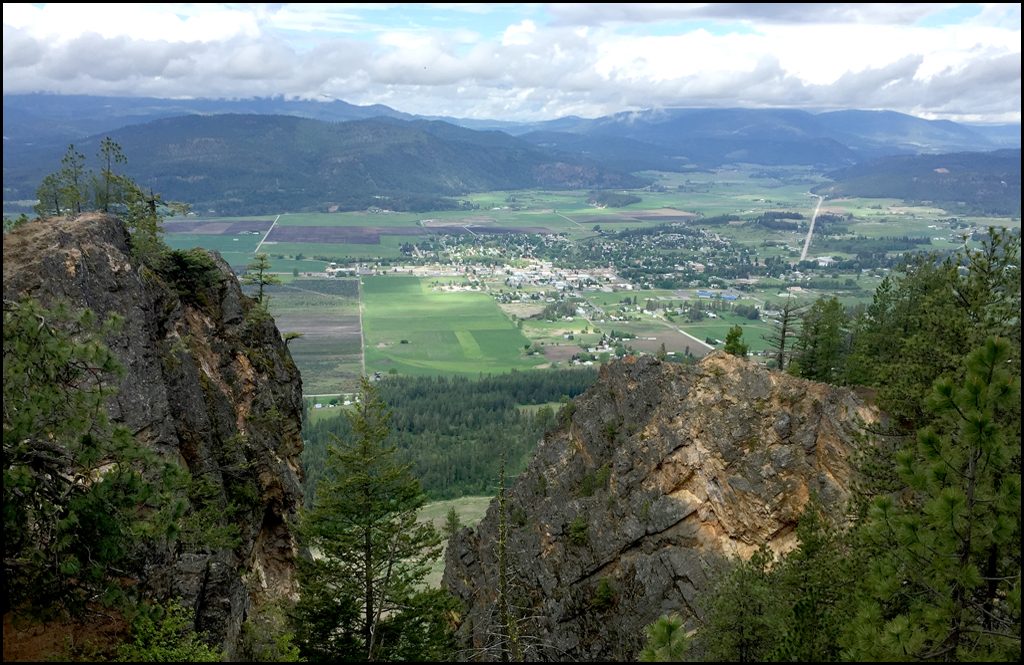 Quartzite Mountain is one of those natural wonders that just keeps on giving. Not only does Chewelah get a recognizable landmark that appears on our beer (Quartzite Brewing) and can be seen from miles around, but it also serves as a vantage point for the valley.

We can’t exactly go to church or watch a baseball game right now, so what better way to spend some time than checking out the Boys Scouts trail up the backside of the mountain to the recognizable face of Quartzite Mountain? Better yet, Chewelah has a high per capita of loggers and they can make your hiking experience all the more memorable.

END_OF_DOCUMENT_TOKEN_TO_BE_REPLACED

NEWSTART needs community to fill our survey for

For the past several months, the Northeast Washington Sustainable Tourism and Recreation Team (NEWSTART) has facilitated an all-hands, all-lands coalition of land managers and trail advocates that are working on a strategic plan for trail development and stewardship in our region, including motorized trails. The plan is being developed in accordance with guidelines provided by the Washington State Recreation & Conservation Office (RCO) and will be filed with the state. A strategic trail plan will bolster grant applications for partners who adopt it and pursue its objectives; having a plan increases opportunities to fund trail systems in the NE Washington community.

NEWSTART would very much appreciate hearing your thoughts about trails in Northeast Washington. Please take our 20 minute survey that will help us shape the future of outdoor recreation in the tri-county area. https://www.surveymonkey.com/r/NEWATrailStrategy 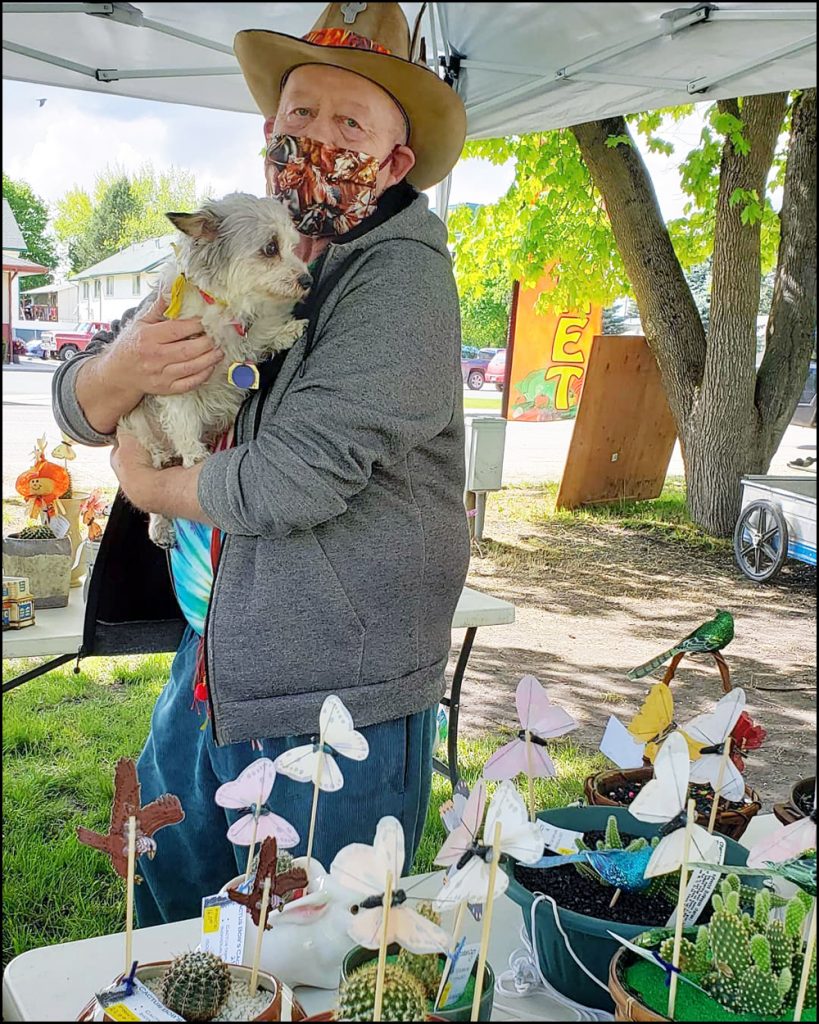 If you’ve been to the market, you have probably seen Cactus Bob in his signature tie dye shirt with his sidekick Uncle Sam. This is his 4th year selling cactus creations at the market. He was inspired five years ago when he spotted cacti with 3 different colors of flowers. The cacti he sells come in a variety of fun planters, from hollowed logs to cups from thrift shops and yard sales.

Come visit Cactus Bob and Uncle Sam at the Chewelah Farmer’s Market, Fridays 11 a.m. to 3:30 p.m. at the park!

State Schools Superintendent: K-12 buildings will reopen in the fall 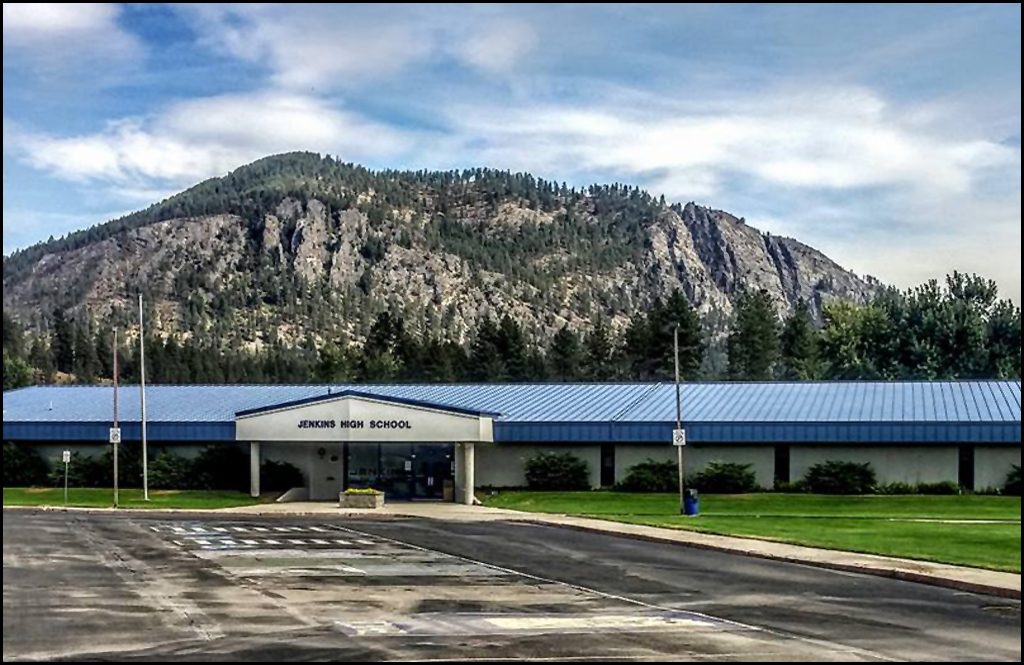 Reykdal announced the plan for next school year in a press conference June 11, laying out some of the changes required for districts to open their doors in the fall. The changes were based on state Department of Health guidelines for reducing the potential for spreading COVID-19, the disease that originally closed buildings in March as part of a series of restrictions on public gatherings and businesses across Washington. END_OF_DOCUMENT_TOKEN_TO_BE_REPLACED

Former Chewelah football coach Roy Albertson had planned on a few more years of coaching, but the COVID-19 pandemic is having the current Timberlake High School football coach in Spirit Lake, Idaho rethinking things. Albertson said with his age at 72 and pre-existing medical conditions that he is considered at high risk to become infected with the disease, so he made the decision to resign.