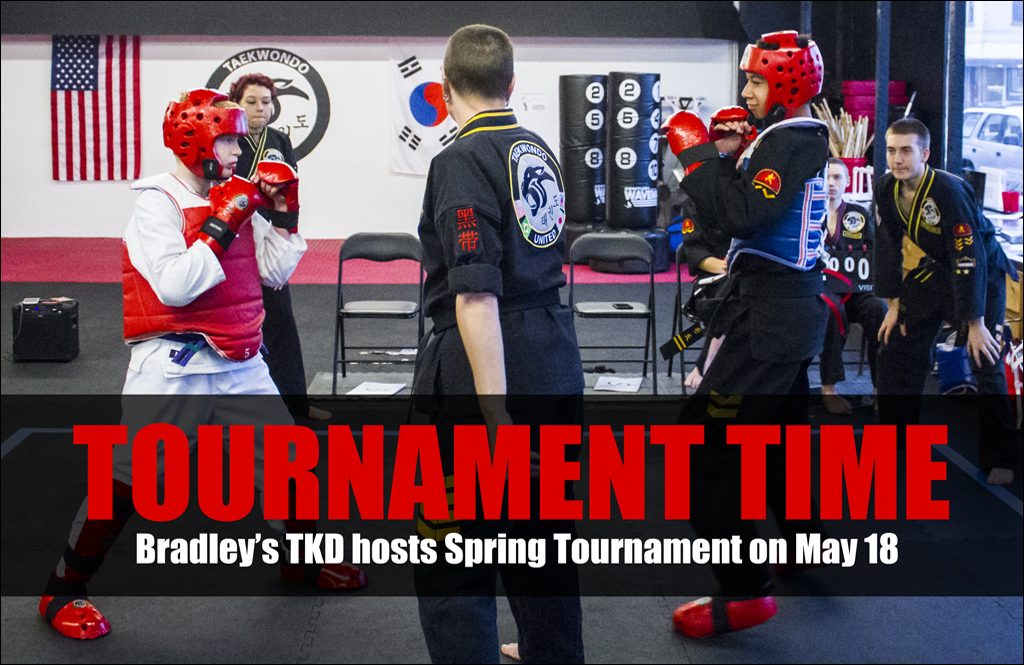 Most of the time, the students at Bradley’s Taekwondo on Main Ave. in Chewelah are practicing in class. This Saturday, however, they’ll be able to get a little competitive with their annual Spring Tournament beginning at 11 a.m.

“It is a great event to let the kids see kind of what a national competition is like,” chief instructor Sandra Bradley said. “It is on a much smaller level and it helps the students see that it’s not so scary to compete.”

The cost for the tournament is $10 per event to sign up and Bradley said they do hope to see some outside schools joint the tournament.

The tournament will feature forms, sparring, freestyle forms and weapons katas along with the crowd favorite: board breaking.

The “Board Break Challenge” will be five stations, and at each station, competitors have to break the board with a certain technique. They have one attempt for each station, and if enough boards are broken, a medal is awarded.

For sparring, there will be two rings set up for the competition. Point sparring has one and a half minute rounds, at every point or warning, the judges at the corner of the rings call break to assign a point or a warning. Whoever scores the most points wins.

Tons of work goes into setting up the tournament on top of the training, the school also has to organize everything, make sure things run on schedule and have things like medals and t-shirts ready.

Bradley’s will also be selling hot dogs, chips and water at the event as part of concessions. The tournament starts at 11 a.m. on Saturday so head down to the school if you’re interested.