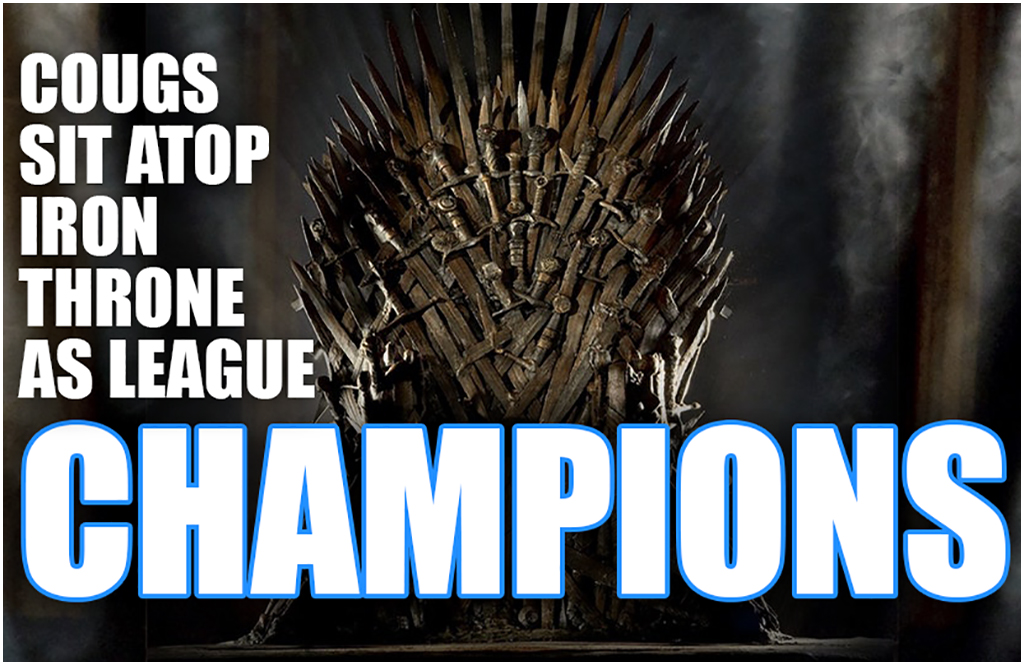 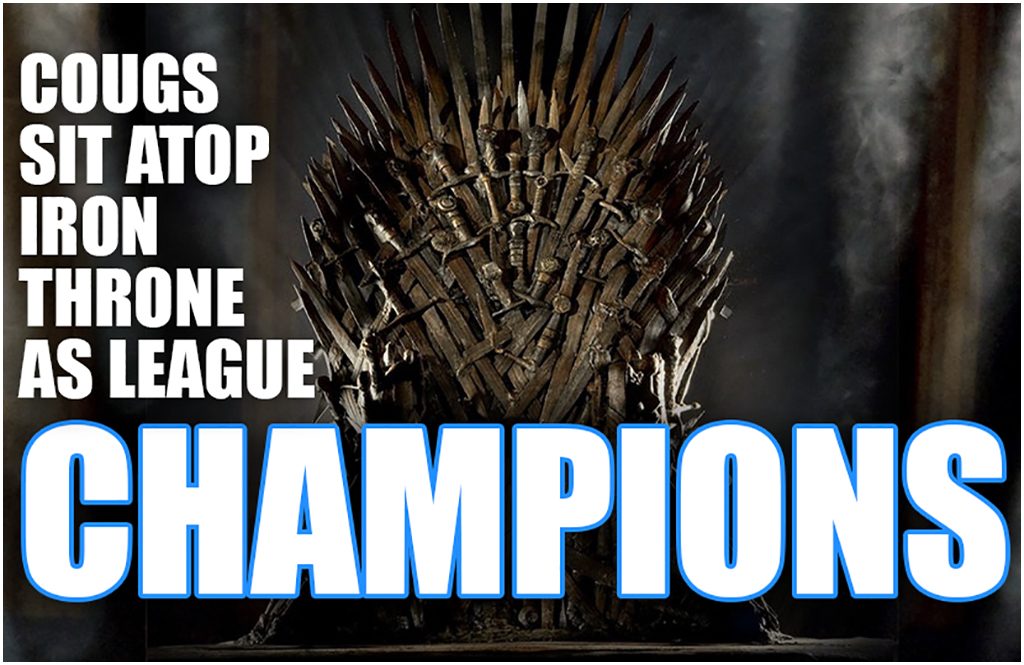 Chewelah’s aces get the job done…

Chewelah came in with the league crown in sight, and they grabbed it with a doubleheader sweep of Davenport by scores of 11-0 and 11-0 for the NE 2B North Division title in 2019. The Wednesday doubleheader was showcase of hitting and excellent pitching by the Cougar starters.

In the first game, a 10-0 romp, young Andrew Sweat struck out nine and allowed just one hit. He threw first pitch strikes at 15 of the 18 batters he faced and did all this on just 79 pitches. Sweat allowed just one groundout and two flyouts as well.

Sweat improved his ERA to 1.23 on the year and 0.45 in league play. He has 37 total strikeouts while walking a paltry 11. He’s averaging just 1.2 baserunners an inning.

Jake Jeanneret brought the pain at the plate, going 3-for-3 with two RBI, while Jake George also drove in a run on two hits. Jeanneret improved his batting average to .395 on the year and has brought home eight runs this year with his bat.

Chewelah notched four runs in the first inning thanks to Johnny Larson’s RBI line drive, Andrew Sweat’s fly ball that fell because of an error to bring Larson home, a Jake Jeanneret single to center field that brought home Bowen Middlesworth and Jake Jeanneret scoring on an error by the catch.

In the top of the third, Middlesworth stole home on Jake George’s at-bat which ended in him driving home Jeanneret. George scored later on an error by the left fielder and Nick Skok stole home to wrap up the scoring in the stanza.

In the top of the fourth, Jake Jeanneret’s double drove home Kubik, then Jeanneret stole home with Cole Davis up.

In the second game, Justin Rollis pitched six innings, struck out ten and allowed just a meager three hits. Davenport barely got the ball out of the infield with five groundouts and just one fly out. Rollis threw 18 first pitch strikes in the 20 batters he faced and finished the game with 101 pitches total.

He helped his own cause at the plate with two hits, including a double, and four RBI. Also having a big day was Johnny Larson, who notched two hits to improve his average to .425 on the season and .517 in league play.

Chewelah scored five runs off in the first inning with a passed ball allowing the spry Johnny Larson to score, then a Sam “Steam Train” Triplett single that drove home a run, Bowen Middlesworth getting hit by a pitch with the bases loaded and then Rollis’ double that brought home three runs.

Rollis drove Triplett home in the top of the third for the 6-0 lead, and in the top of the fourth Jake Jeanneret notched a sac fly, followed by a Sam Triplett fly ball that fell thanks to an error and brought home two runs to make it 9-0.

In the top of the sixth, Chewelah got the mercy rule runs thanks to a Jake George hard hit ball that got past Davenport’s first baseman that brought home a run and Bowen Middlesworth’s double that brought home George.

Chewelah finished the game with eight hits as a team, while Davenport had seven errors.