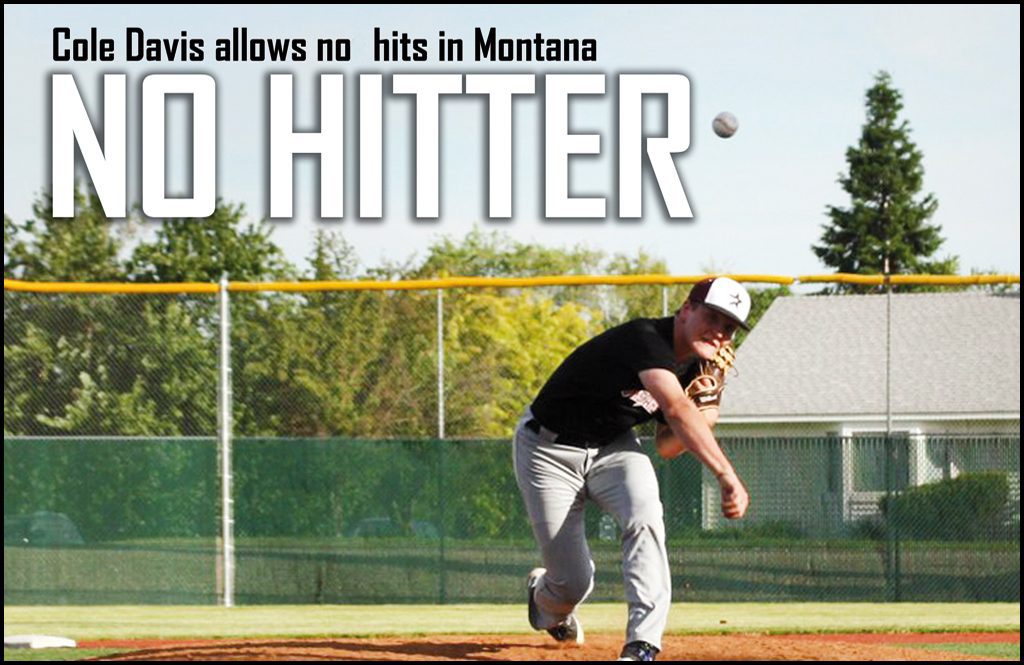 The Spokane Northstars was one of four teams that won three of its four games during the first three days of the Belgrade Tournament last week. Because one of those wins was over undefeated and first-seeded Northwest Premiere, Coach Eric Krausz was confident that his team would be selected to play for the championship on Sunday. He was bewildered when his Northstars were overlooked by the tournament committee when three other teams were selected to play in the championship series on the final day of the event.

“I was sure that we would get a chance to play for the championship when we beat Northwest Premiere on Saturday morning,” said Krausz. “They came into the tournament unbeaten and were the team expected to win it. We waited all day Saturday to see how the rest of the games turned out, and we were one of the four teams with three wins. I was shocked when we were not selected to play on Sunday.

“I complained, but it didn’t do any good. The selection committee said that they had a written criteria they had used to choose the three teams that would play for the championship, and we did not make it, even though we had beaten Northwest Premier. As it turned out, Northwest Premiere won both of its games on Sunday and won the tournament championship. I guess you could say that we took home the zombie championship, because even though we had beaten the tournament champions, we came away emptyhanded. It was very disappointing for all of us.”

Still, it was a great tournament for the Northstars. They beat a good Laurel, Montana team on the first day and shut out the Emmanuel Halos from Billings, Montana, on the second day.The Northstars will get another shot at NW Premiere when they come to Chewelah for a nonleague game later this season.

Northstars 8, Laurel 6
The Northstars took a 5-3 lead in the third inning on Thursday evening and held on for an 8-6 victory over the Laurel Dodgers in their opening game of the Belgrade Tournament, fueled by two hits apiece from Carl Oman and Tayeb Wilson (Colville).

Jayson Link (Selkirk) threw the complete game for the Northstars. He scattered 10 hits but allowed only four Laurel runs to notch the win on the mound.

Northstars 9, Emmanuel 0
Coach Eric Krausz has been looking for another pitcher to add to his starting rotation. He found the right-hander he was looking for early Friday morning.

Cole Davis threw a five-inning no-hitter to defeat the Emmanuel Halos from Billings, Montana, 9-0 in the 8 a.m. game for the second straight win of the Belgrade Tournament. Davis yielded no runs and no hits in his first start on the mound for the Northstars. He struck out four batters and walked two, with no Halos getting beyond first base.

Davis’s Northstar teammates played errorless in the field while recording six ground outs and three fly outs. Carl Oman picked off one Halo on a throw to Andrew Sweat at first base. He threw out another attempting to steal second base with the tag being applied by Zak Kubik.

Singles off the bats of Broc Houser (Rogers), Johnny Larson and Oman gave the Northstars an early 2-0 lead after two innings of play. Kubik and Sweat singled to begin the third inning, and both were batted in by Lucas Miracle’s (Trail) double. The Northstars then put the icing on the cake with five runs in the fourth inning with singles from Oman, Sweat and Miracle, plus a triple into the right-centerfield gap by Lukas Kubik.

The Northstars accumulated 11 hits in four at-bats led by Sweat’s 2-for-3 performance at the plate. He batted in four runs and scored twice. Oman and Miracle each had a pair of hits.

South Freemont 10, Northstars 8
A late Northstar rally fell short on Friday afternoon when they surged from a seven-run deficit but came up short by a couple of runs in a 10-8 loss to the South Freemont Cougars. The Northstars did not score through the first four innings and found themselves on the short end of a 7-0 score. Although they put eight runs on their side of the scoreboard over the next two innings, the Northstars were unable to catch up to the Cougars.

Singles from Broc Houser and Jayson Link, plus a sacrifice fly by Johnny Larson, brought home the first Northstar runs in the fifth inning. A leadoff double by Andrew Sweat started a five-hit Northstar party at the plate in the sixth inning that produced five runs. Singles by Houser, Carl Oman and Lucas Miracle batted in four runs. A double into left field by Zak Kubik batted in one more, but the five runs were not enough to overcome the Cougars.

Northstars 5, NW Premiere 4
Both starting pitchers got off to a shaky start in Saturday morning’s game against Northwest Premiere (Post Falls), but a five-run first inning prevailed to give the Northstars a 5-4 victory. Singles by the Kubik brothers and a sacrifice fly were all the Northstars needed to put five runs on the board in their first at-bat. Northwest Premiere donated the rest of the runs by way of three errors, two walks and a hit batter.

The Northstars came to bat in the bottom of the first inning trailing 3-0., but the Northwest Premiere lead did not last long. Singles by Lukas and Zak Kubik and a walk given to Carl Oman quickly loaded the bases with no outs. A walk issued to Andrew Sweat brought home the first Northstar run. Lucas Miracle’s sacrifice fly brought in the second. Another walk given to Cole Davis tied the score at three runs apiece. Back-to-back NW Premier errors allowed two more Northstar baserunners to sprint home to go ahead 5-3.

“This was the first loss for Northwest Premiere,” said Coach Eric Krausz. “Before playing us, they were undefeated. After having a rough first inning, Andrew settled in and threw a great game.
“This was our second win over a quality team. Beating Laurel, Montana on Thursday night was also a big win for us.”
Those were the only runs scored by the Northstars, who hung on for the win after a quick recovery on the mound by Sweat and solid infield play through the remainder of the game. Sweat threw six innings, striking out seven batters and allowed three earned runs to earn the win.
Broc Houser threw the final inning to claim the save. He got help from catcher Oman who threw out a runner attempting to steal second base and another trying to bunt his way on base.