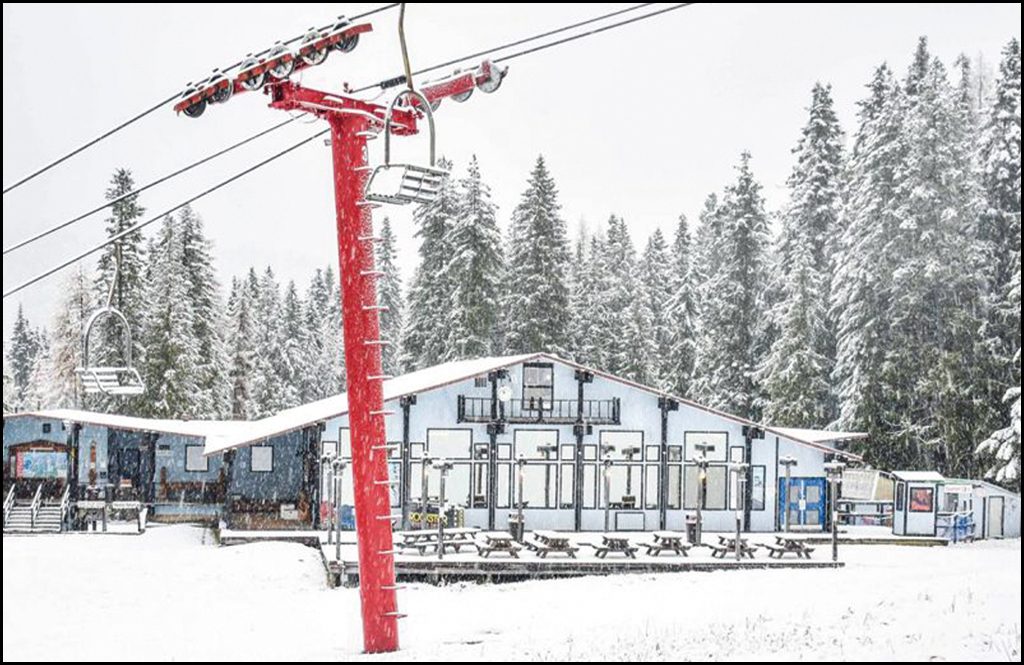 Speculation about the sale of 49 Degrees North has swirled around town for weeks, and on Monday, the ski resort announced a change in ownership.

The Chewelah-based ski resort was acquired by the related ownership of Silver Mountain for an undisclosed price, but will still operate as an independent entity and John Eminger will continue to be general manager.

“We’re incredibly excited for this new opportunity and are looking ahead to some amazing projects and developments,” 49 Degrees North Director of Public Relations Emily McDaniel said.

The sale went through on April 19 when CMR Lands LLC acquired the assets of the local ski resort.

For the past 23 years, Eminger has served as the owner and operator of Chewelah’s ski resort.

“It has been an honor over the last two decades to be part of increasing the size of the ski area. We have grown from 905 acres to nearly 2,250 acres, created a Nordic trail system with 9 miles of trails, opened a new summit to lift assisted skiing, created over 35 new trails and glades in two basins and added new lifts. It is all a testament to the well developed winter community in Chewelah,” notes Eminger. “This transition in ownership will allow for continued improvements and growth, especially in skier experience on and off the snow. We look to increase passholder benefits, remodel the lodge, add a new conveyor carpet to the beginner area, upgrade lifts and add new grooming equipment.”

Eminger had previously announced upcoming projects for the ski resort in the Spokane Journal of Business, saying that the resort intends to build a new ski lodge and ski lift. This is in addition to housing developments near the ski resort which is now under the ownership of a firm from Couer d’Alene. Skiing in Chewelah isn’t anything new, as the town has had a ski resort for the last 85 years in one form or another. Located on Chewelah Peak there has been several lodges in different locations. Ownership has changed through the years, but this latest change will interconnect the North Idaho resort with the Chewelah resort.

“The management of both areas are looking forward to the synergies created between the resorts that will benefit passholders and guests,” 49 Degrees North’s press release said.

There will be a new discounted combo 49 Degrees North and Silver Mountain pass that will allow people to ski at either. It is debuting this week for a price of $459 for adults and $329 for youth.

“We think this is a great value as we are essentially adding an entirely new mountain to a normal season pass,” states Eminger. “For the storm riders, it offers a seven-day-a-week option and allows dual pass holders to follow the snow and great conditions. We think this will be a great product for our Spokane guests who can go an hour either direction for a great snow experience.”

Eminger added that both resorts will have additional benefits for those with their ski passes who choose only one resort to ski at. The former owner has worked with the Colville National Forest the past 15 years to bring changes to the area including development and a push to have housing near the ski resort. While the bankruptcy of Vandervert Construction caused some to think the project was in trouble, the project in now under the management of Angel Peak Investments which says the project is on track and open for people interested in lots.

The Colville National Forest also weighed in on the sale, saying that the federal organization looks forward to working with the new ownership group.

“The Chewelah Basin Ski Corporation, Eminger family and staff have been great stewards of the land and have made 49 Degrees North what it is today with the addition of new lifts and many other improvements through the years,” said Rodney Smoldon, Colville National Forest Supervisor. “According to our visitor use surveys, a large percentage of our recreation visits occurs at 49° North and those surveyed express a high degree of satisfaction. We look forward to this opportunity to form a new partnership to enhance quality year-round recreational experiences on National Forest System lands.”

Rumors concerning the purchase of the ski resort by the Kalispel Tribe have swirled in Chewelah, and the tribe had purchased a sponsorship with the resort for “Ski Free Week” but the ownership group appears to be a different group. Eminger had previously said the ski hill had not sold to the Tribe in the Spokane Journal of Business article a few weeks ago.