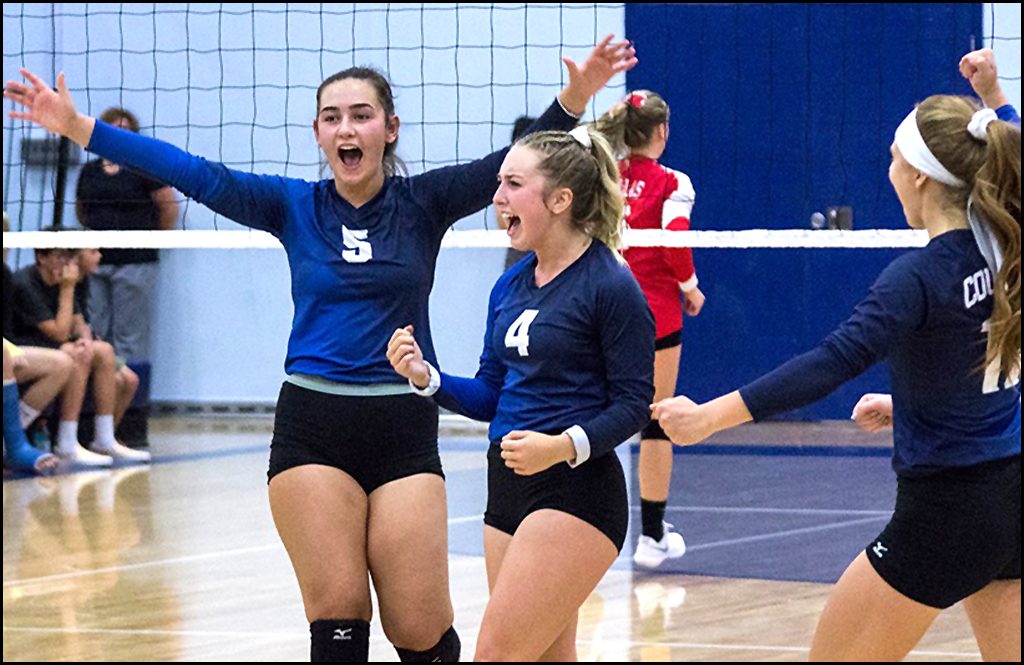 Chewelah’s Haven Rainer and Elle Carpenter celebrate with teammate Mia Bellevue after a point in the third set against Davenport. (Brandon Hansen photo)

Break out the brooks, Chewelah home opener ends in a sweep…

After a dramatic finish to their first home match of the year, Chewelah setter Elle Carpenter said her team was at a 4.5 out of 10 when it comes to their potential. If that’s true, the Cougars are going to be scary once they reach that 10.

The Lady Cougars had stretches of dominance and other stretches where they were still trying to figure out their offense, but they evened their season record by downing NE 2B North foe Davenport in three sets, 25-8, 25-20, 25-20 on Thursday evening at Pein-Lynch Gym.

Lilly Kirry led the way, notching seven kills and 10 digs. Seemingly everywhere on the court, Kirry made some impressive kills getting above the ball despite not being the tallest person on the court.  Elle Carpenter dished out 20 assists and played some good defense with seven digs. In all the Cougars had 36 team digs to go along with 31 team kills.

While there were some stretches where Davenport did come back in sets, early season volleyball can throw those wrinkles at teams who are still finding their footing. Chewelah has a new coach in Kaya Landers that has brought a high-intensity, aggressive attitude to the bedrock program former coach Shirley Baker has established.

The result? Well don’t leave the gym for a trip to the snack stand, you might miss a lightning quick 10-point rally. 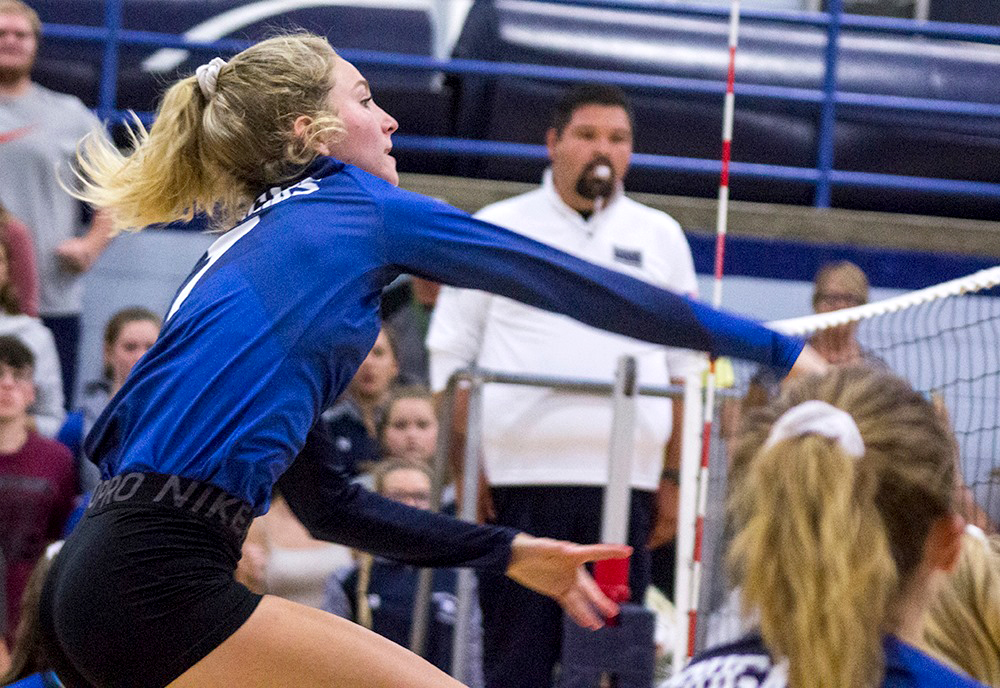 Alyssa Fitzgerald was the top offensive force with nine kills.

‹ Selkirk gives No. 3 Entiat all they can handle › Caring for the cabin