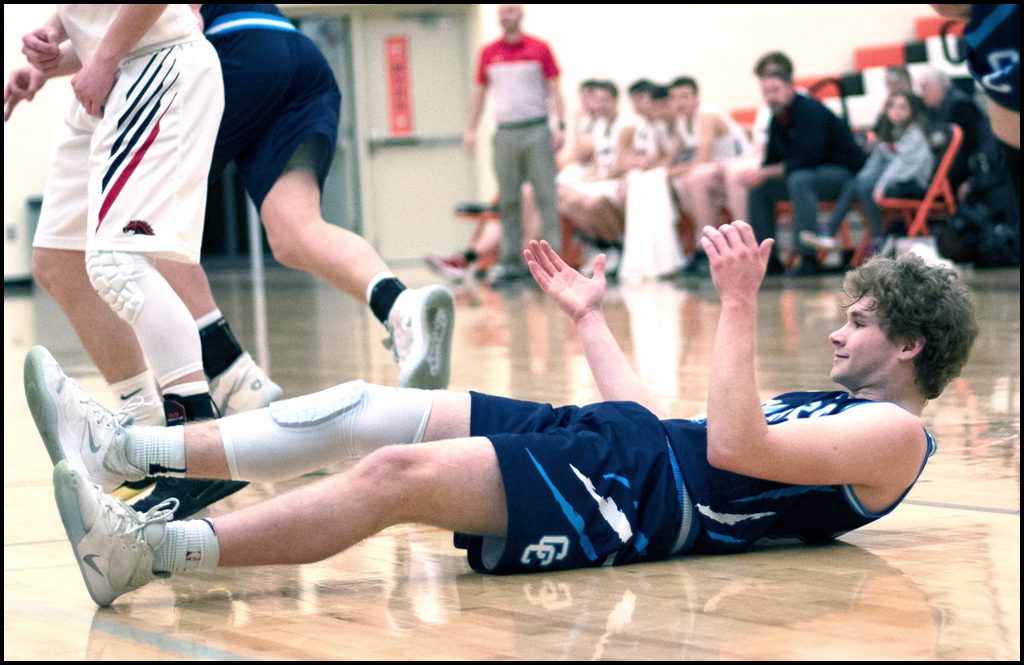 Chewelah outscored their high-seeded opponent 14-6 in the third quarter of a District 7 2B boys basketball tournament brawl, but it would be Lind-Ritzville-Sprague that would come away with the 49-43 victory on Thursday night.

This third quarter spurt tied the game up at 26 apiece heading into the fourth quarter but LRS was able to pull away in the final stanza.

Jaron Baldwin led the Cougars with 15 points while Nick Franks heated up in the second half and notched 13 points.

Chewelah trailed 20-12 in a low-scoring first half but both teams found the basket more frequently after the break.

Spencer Gering led the Broncos with 18 points in the game.

It was the Cougars’ first loss in three games, after they had notched victories over Wilbur-Creston and Asotin. Chewelah will play Saturday against Tekoa-Rosalia at 3:30 p.m. in the consolation bracket, while LRS advances to play St. George’s.