1B FOOTBALL: Mustangs ride again in 40-16 win over Curlew 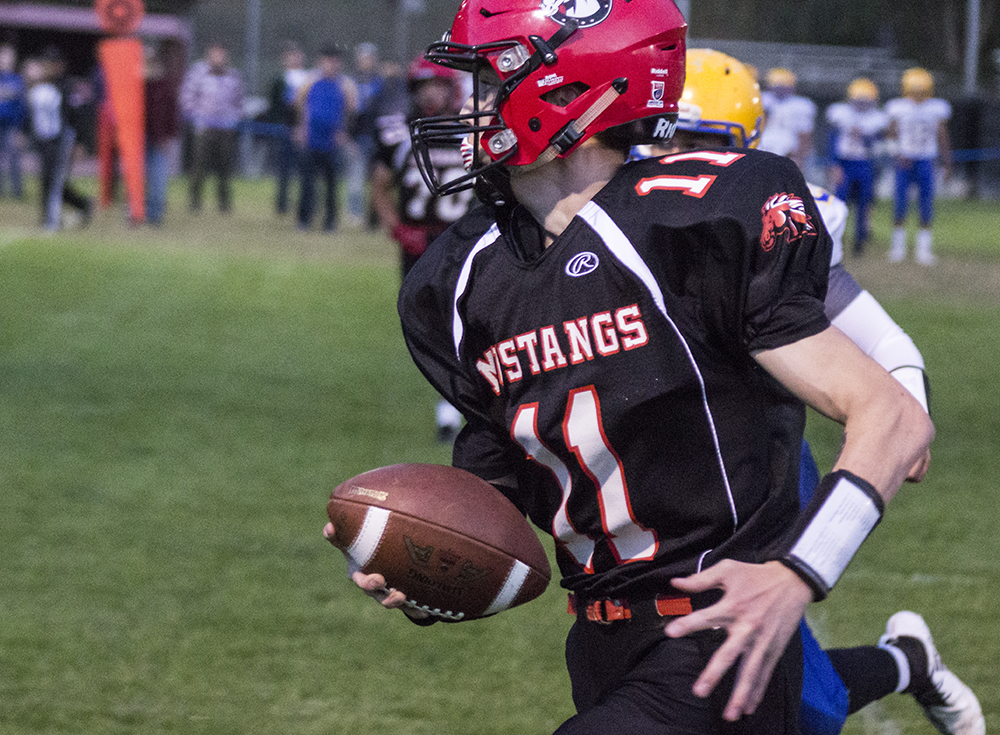 Northport gets big-play touchdowns against Cougars…

The potent Northport offense hit its stride again, scoring 24 points in the second quarter en route to a 40-16 NE 1B North victory over Curlew on Friday. Mustang QB Tanner Malcolm ran for two touchdowns and passed for two more in the victory.

Curlew’s Bradley Singer got the Cougars on the board with a one-yard run in the third quarter and then the Mustangs took to the air. Malcolm threw a 45-yard touchdown pass to Ty Williams and a seven yard pass to Clark Cooper to make it 40-8.

Singer notched his second touchdown of the game in the fourth quarter.

Malcolm had six passing touchdowns on the season and 10 rushing touchdowns. Rahif bumped his season total for rushing TDs to six.

Northport will now host Cusick at 7 p.m. on Friday.