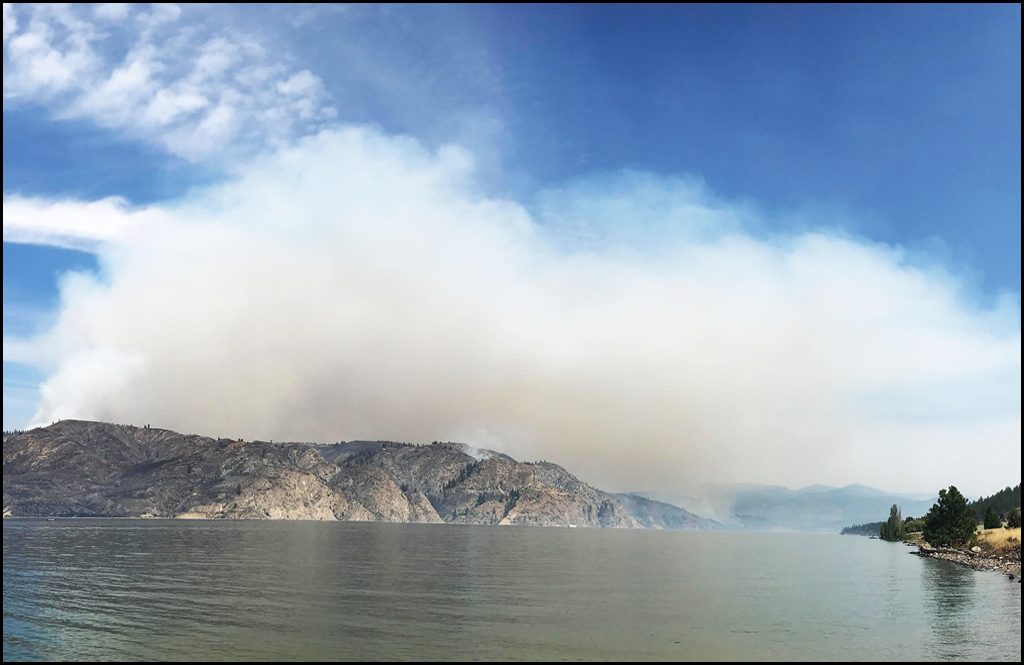 The Williams Flats Fire as seen from the Columbia River.

Nearly 500 firefighting personnel are working on the William Flats Fire on the Colville Indian Reservation five miles southeast of Keller. The blaze could be seen kicking up smoke once again over Stevens County and has since grown to 13,497 acres. The Tribes are reporting that the fire has 20 percent of the perimeter contained.

The fire started on August 2 after early morning thunderstorms sparked the blaze which is south of Silver Creek Road and burning east, crossing Brody Creek Road and Redford Canyon.

High temps and windy conditions have resulted in fairly active fire behavior and temperatures. The hot temps are expected to continue this week.