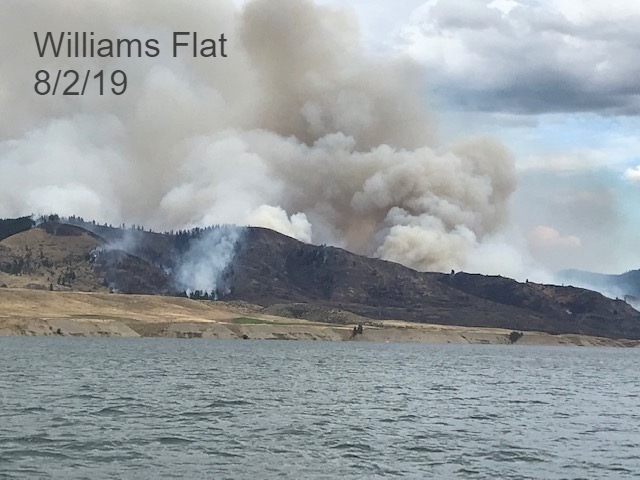 The Confederated Tribes of the Colville Indian Reservation announced yesterday that the Williams Flats Fire near Keller, WA had grown to 8,200 acres. This fire is the main contributor to smoke over Stevens County and Chewelah. Air quality dipped near Wellpinit to unhealthy levels due to the fire activity on Friday and Saturday.

The Tribes said the cause of the fight was lightning and that one structure is threatened. It is located seven miles southeast of Keller and currently has 132 fire personnel working on the blaze. Including one hot shot crews and ground crews, there is also three dozers, 12 engines and five tenders battling the fire along with nine planes assigned to the fight.

The fire is currently heading east towards Redford Canyon towards an area that had been logged and firefighters are now working on containment lines. Yesterday there was zero percent containment. 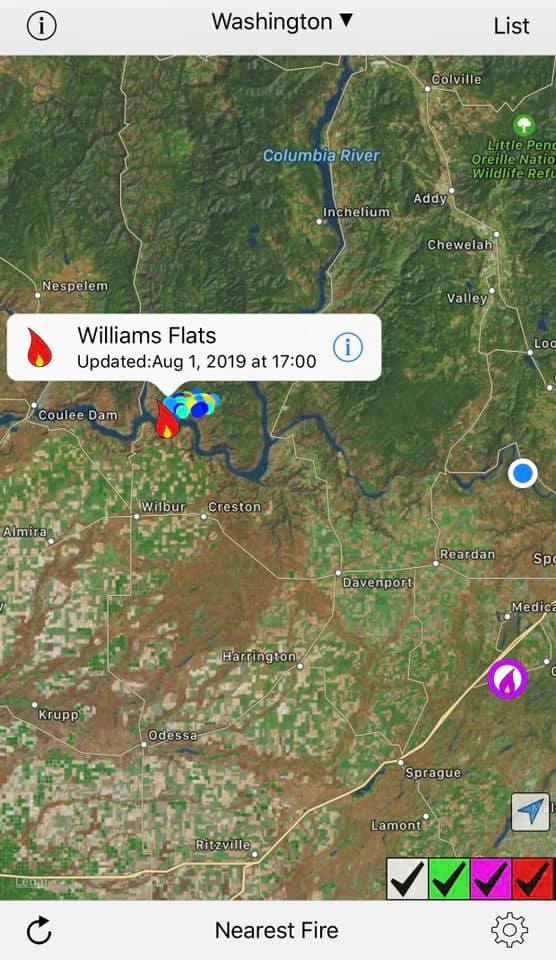