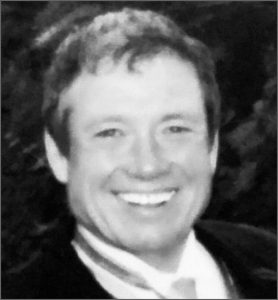 On Tuesday, May 28, 2019, William Joseph Carpenter, loving husband, father, brother and uncle, went to be with his Lord at the age of 72.

Joe (known to friends and family as “Jose”) was born, along with twin brother Dan, on August 19, 1946 in Spokane, Washington to Tracy and Alice (Cooney) Carpenter. Joe was raised in Chewelah along with his 16 brothers and sisters.

He attended St. Mary’s Parochial School and graduated from Jenkins High school in 1964.

Joe joined the United States Air Force in 1964, honorably serving a four-year term, including a little hard time in Vietnam. Upon returning home, Joe attended two years of college before taking a break to work. He met his first wife, Theresa Snyder and welcomed Joe’s first daughter, Stephanie. In 1974 Joe departed for Alaska for work where he met Lynda, his current wife of 39 years. Together they had two children: Travis and Alicia.

He joined the Laborer’s Union in Fairbanks, working on the Trans Alaskan pipeline from 1974-1977. Joe continued working out of the Union, took an early retirement and moved back to the lower 48 in 1991, where he settled for the remainder of his life. Joe ultimately finished his education and received an Associate of Arts degree along with one year spent at Eastern Washington University studying Elementary Education.

Joe was an avid writer. His remarkable mind permitted him to write songs (which he would gladly sing for you), poems and stories about his life.

His work was much admired among friends and family. Joe was a born- Again Christian and knew no stranger. He gave of himself selflessly, mentoring and contributing to the less fortunate, as he knew his Lord desired. He was forever passionate about sports.

From playing, coaching and observing, Joe always appreciated a good athlete. Although he grew up playing all sports, in his adult years he enjoyed swimming at every opportunity. Jose’s life was well-lived and well-loved. He will be fondly remembered for his quick wit, his infectious smile, and his kind and compassionate heart. Joe was preceded in death by his father, Waverly Tracy and his mother Alice. He was also predeceased by two brothers, Waverly Michael Carpenter and Weston John Carpenter; one sister Candice Marie (Carpenter) Neubauer; two nieces, Kathy Carpenter Bordwell, Katie Carpenter; and two nephews, Mike Carpenter and Cabe Clark.